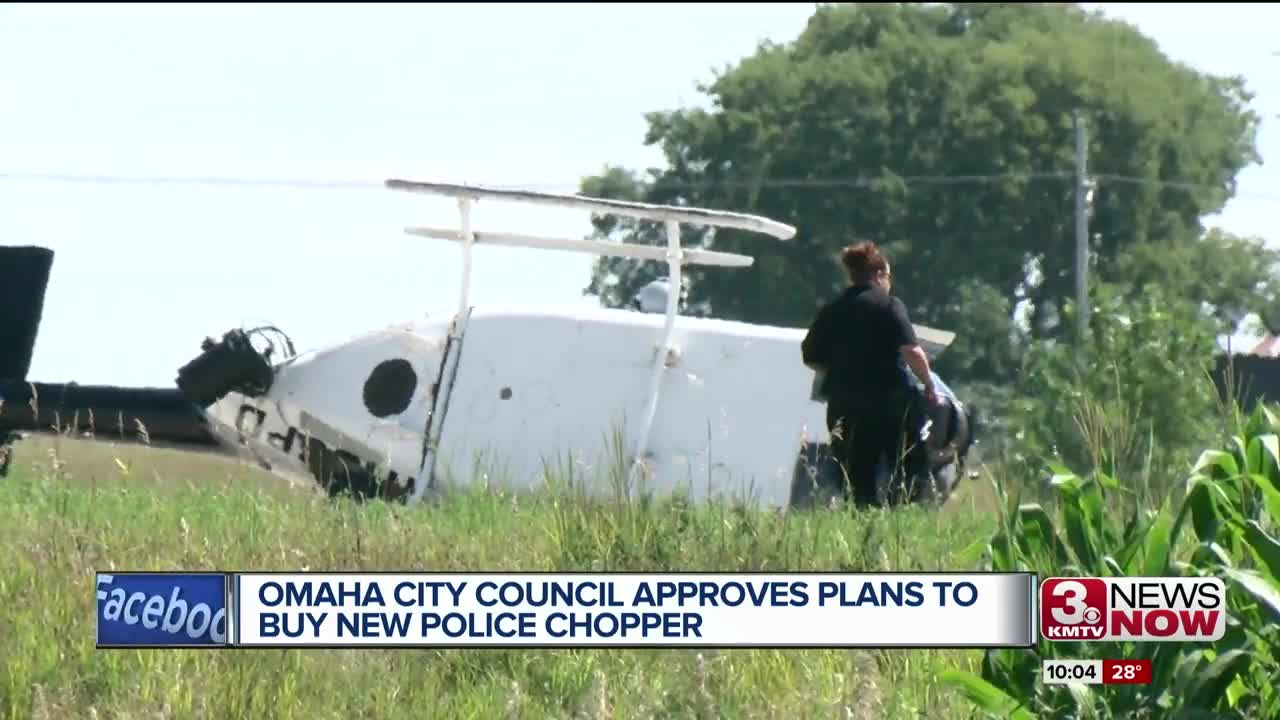 The City Council meeting went longer than usual on Tuesday.

OMAHA, Neb. (KMTV) — The Omaha City Council had a busy meeting Tuesday, voting to move forward on the purchase of a new police helicopter and approving a plan to build a high-end condo complex in Blackstone.

The city is looking to spend a little more than $2.7 million on the new helicopter using bonds. The approval comes months after Able 1 was involved in two crashes last year.

The police department would make annual payments over 15 years to repay the bonds.

As for the 15-unit condo complex planned for Blackstone, some neighbors expressed concerns about it--saying it may be too big and too modern for the neighborhood.

The developer, Noddle Companies, said it made changes to address those concerns.

City Council also voted unanimously to place a $200 million bond issue on the May ballot.

The measure pushed by Omaha Mayor Jean Stothert would fix many of the city’s roads.

Mayor Stothert issued the following statement on the bond:

"The Omaha City Council has voted unanimously to place a $200 million bond issue on the May primary ballot to fund a pavement maintenance and rehabilitation program so we can make a significant and lasting investment in our road infrastructure. The condition of our streets is a top priority for me, and for our taxpayers. Thank you to the Council for supporting my recommendation which allows the voters to make this important decision. I am strongly convinced this is the best way forward for our city."