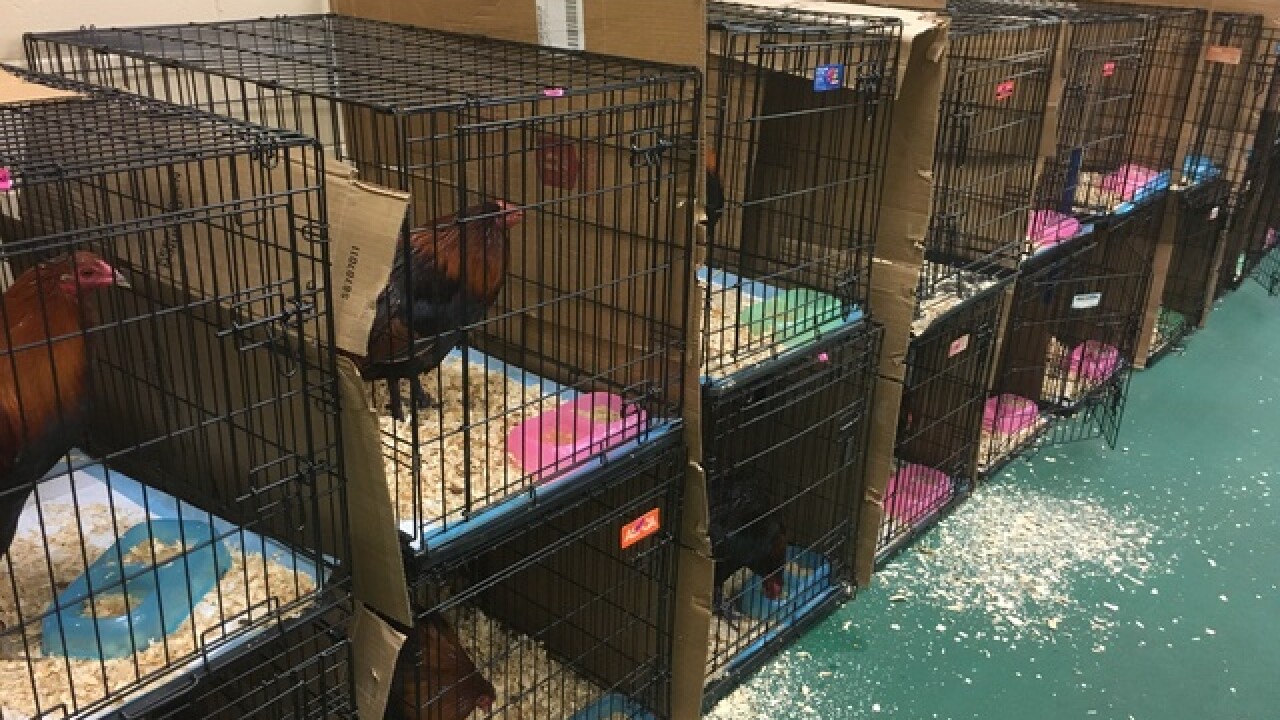 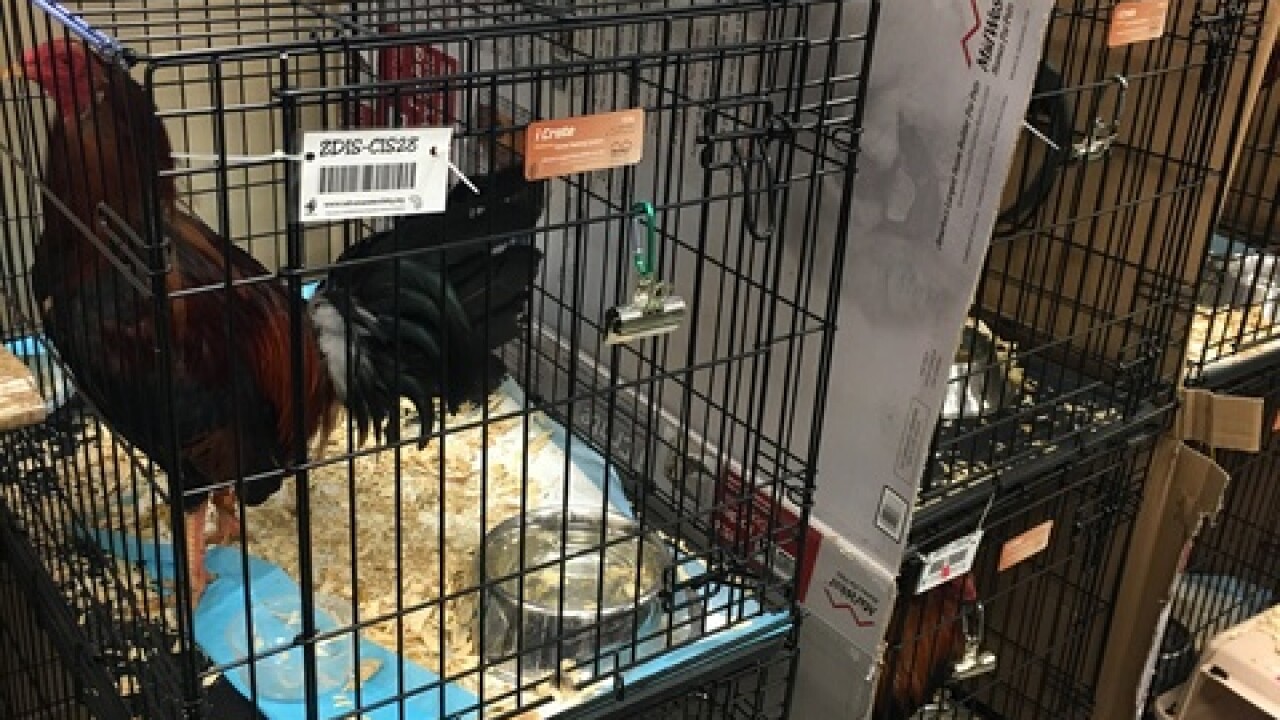 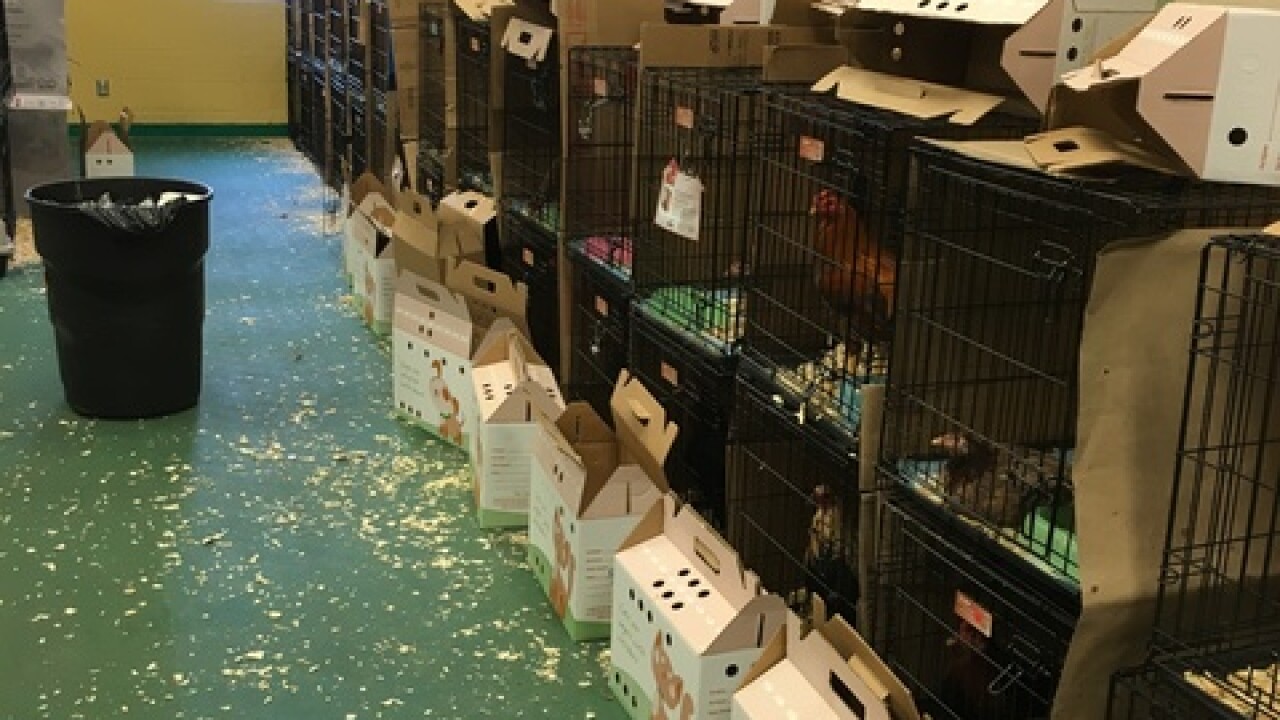 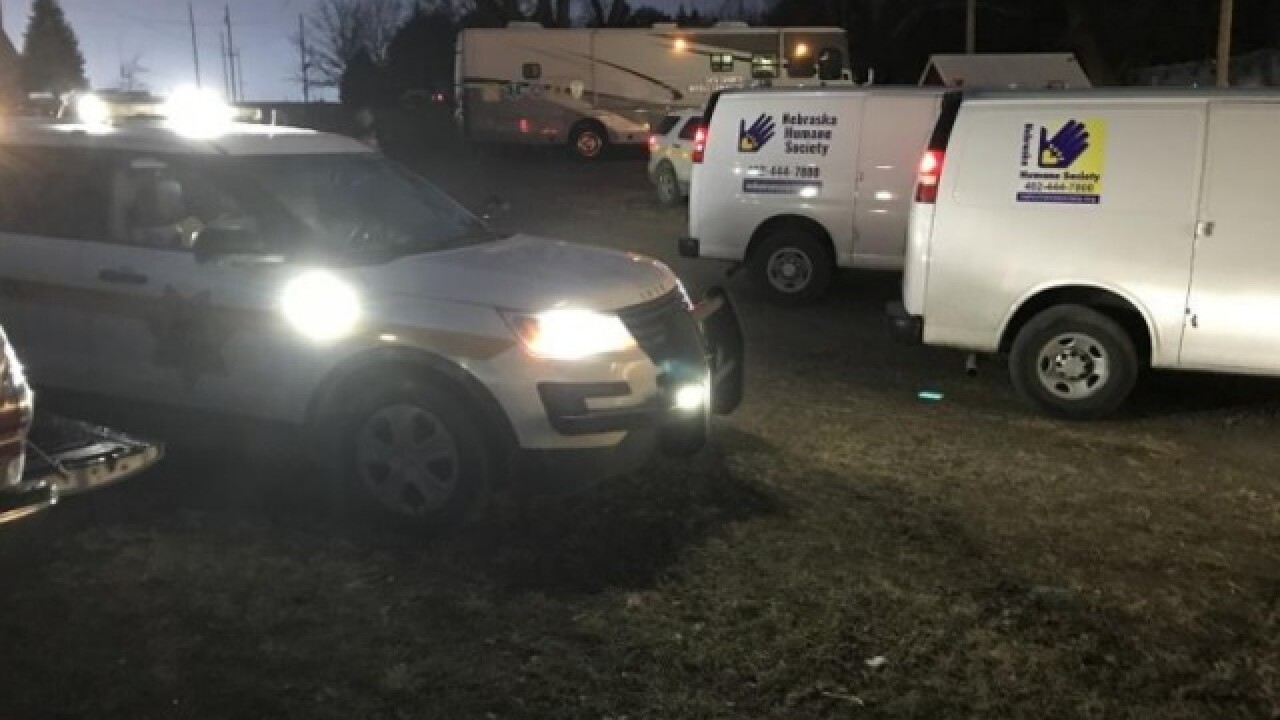 A cockfighting ring was busted in Cass County Saturday after law enforcement was tipped off, resulting in 32 arrests and the seizure of 186 roosters.

The Nebraska Humane Society received the anonymous tip Saturday morning that a cockfight was going to take place on a property on Highway 50 in Louisville.

Officers arrived at the home and found numerous cars parked on the property, despite the fact the property owners denied knowing why so many people were on their property. Law enforcement received consent to search the property.

Law enforcement approached the east side of the property and found people fleeing a barn and running into the woods and fields. Officers detained as many people as possible and received assistance from the Plattsmouth Police Department to help transport and search for more people involved. Cass County deputies also received assistance from Cass County Emergency Management and Nebraska Humane Society.

The Nebraska Humane Society seized 186 live roosters and found eleven dead. One rooster was so badly injured, it had to be euthanized. Many of the roosters were found in small boxes with fresh injuries.

According to the Cass County Sheriff's Department, many items were found inside the barn related to cockfighting including blades, syringes, string, and a cockfighting pen.

Thirty-two people arrested and taken to the Cass County jail for suspicion of participating, viewing, or promoting cockfighting. Some of the suspects were cited for Obstruction of a peace officer.

The Cass County Sheriff's Office says the arrested are as follows:

Two juveniles were also detained and released to parents.