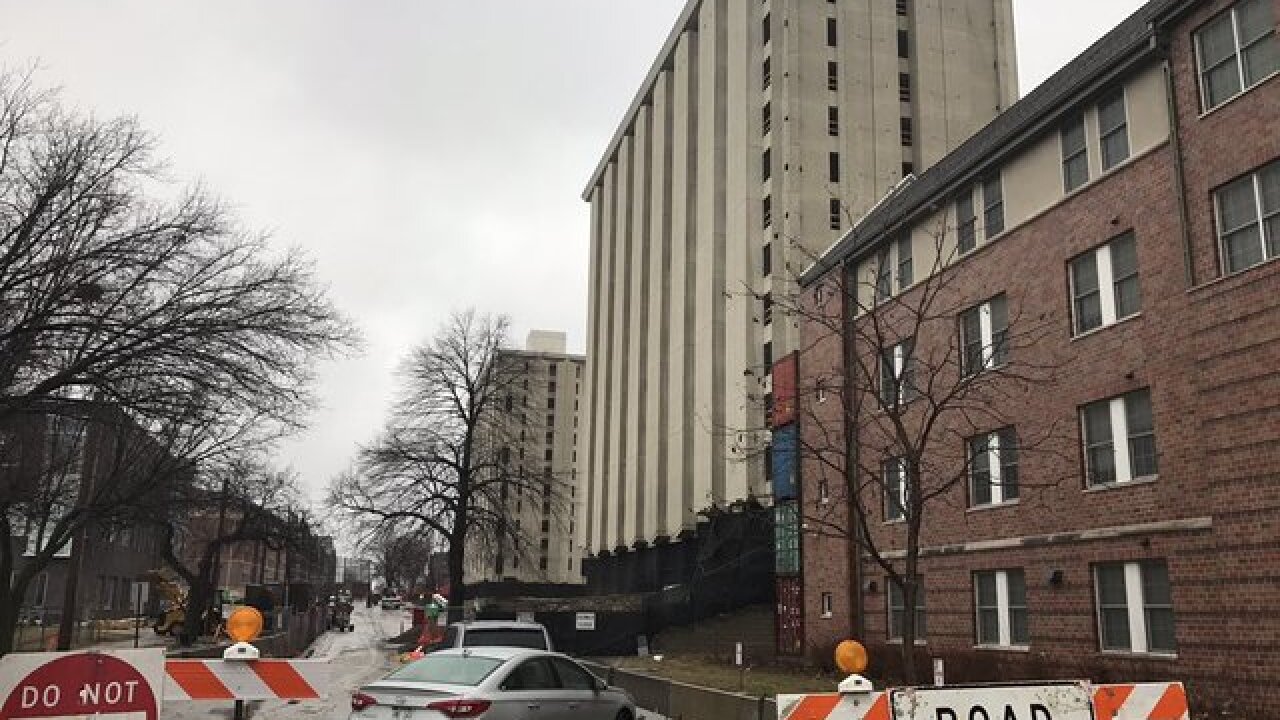 In just hours, two towering buildings on the UNL campus will tumble into history.

Right now crews are blocking off 17th street as they get set to bring Cather and Pound halls down.

The residence hall were built in 1963 and was it was the first high-rise dorm to be built. But after a 2010 study determining the high-cost of renovating the residence halls, they are coming down on Friday.

The halls bring a lot of memories to the thousands of former residents like Virginia Trautehn who was one of the first residents to live in pound hall when it was first built in 1963.

“I had a lot of memories there and it was fun,” said 3-year resident Trautehn who met her husband Tom in Pound Hall, “I went down to the lobby and met him, we went out and he was nice.”

Lead Project Manager, Chad Lea said this is a very unique project because of the size and scope of it, “This is the most and the biggest demolition that we've ever done”.

Lea stressed that safety is the number one priority because of the numerous other buildings nearby.

“We have gone through and compromised the structures and then we come in and we explode columns and allow the buildings to literally collapse upon themselves.”

The latest wintry conditions shouldn't delay this demolition according to Lea, however low cloud cover could, “We don't want to have a very low ceiling on cloud cover and the enhanced kind of acoustics that come out when the building does come down”.

Currently, there's no set plans on what will be built on this space. The demolition costs are just over $7 million. The debris will be taken to Lincoln’s landfill.

Cather and Pound Halls are set to be demolished at 9 a.m. on Friday. If anything happens, they do have a backup date of the 23rd.