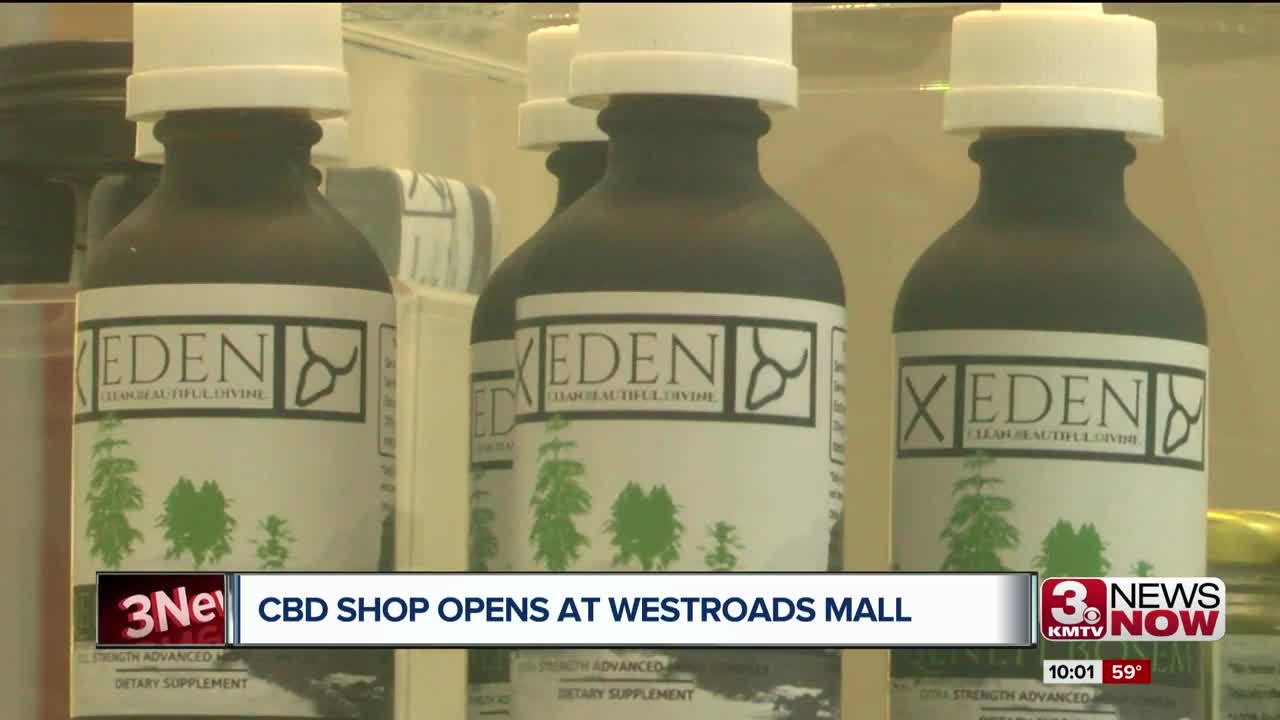 OMAHA, Neb. (KMTV) — A new CBD store has opened at a unique location, the Westroads Mall. Questions still remain about the products legality, but those selling it say they aren’t breaking any laws.

The store is called Eden CBD, they say they make all their own products, and use apple cider vinegar instead of typical oils when making it. They felt the mall was a great location to sell their products.

“We figured with just the amount of people that are coming through here it’s a massive opportunity to really educate everybody on what CBD can do,” says Iyan Cunningham of Eden CBD.

CBD comes from hemp, which is closely related to marijuana. However, hemp doesn’t have high amounts of THC in it. “CBD gives you all the medicinal benefits without the same euphoric high that you would typically get product that is high in THC,” says Cunningham.

CBA remains a legal gray area in Nebraska. The state’s Attorney General Doug Peterson maintains CBD has been and continues to be illegal. However, Cunningham and CBD American Shaman store owner Garrett Carbonell say they aren’t breaking the law.

“No one’s getting high, it’s not hurting anybody, and it truly is helping a lot of people,” says Carbonell.

Nebraska law shows CBD products should not have a THC concentration of more than “three-tenths percent.” The products sold at both stores don’t exceed that. “If we had anything in here that was above it I would expect them to come in here and shut us down,” says Carbonell.

So both stores look to continue to do well in the market as they don’t have fears of being shut down by law enforcement. “Definitely the right time for something like this because again people are looking for a good alternative,” says Cunningham.