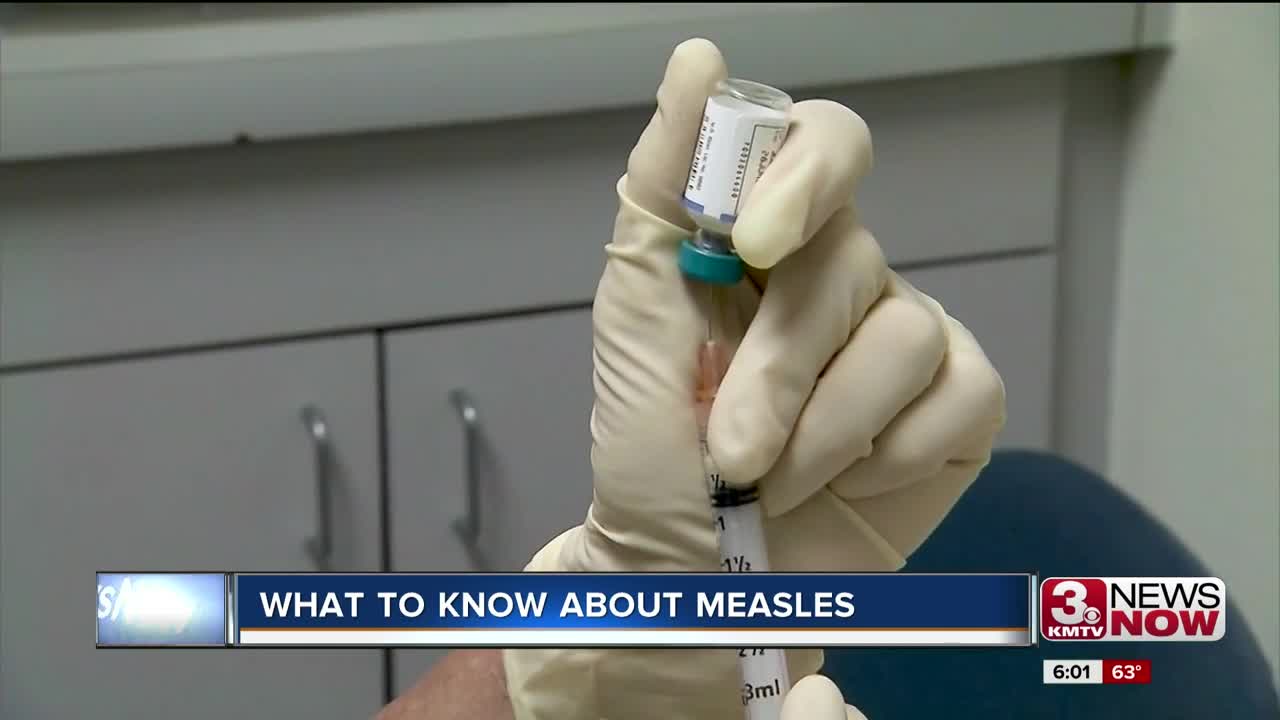 OMAHA, Neb. (KMTV) — Measles cases are on the rise across the United States. Currently the Centers for Disease Control and Prevention says it knows of a record 704 measles cases so far in 2019 across 22 states.

"We are recommending that adults who are in high-risk settings, adults who are traveling internationally and health care workers we especially want to make sure that they're checking on their status to make sure that they're protected from the measles vaccine," said Nancy Messonnier, the director of the CDC's National Center for Immunization and Respiratory Diseases.

"We have vaccines that can prevent the infections so I think prevention is the best route," said Dr. Renuga Vivekanandan, an infections diseases physician at CHI Health in Omaha. She said says those who get the vaccine have 93-percent immunity, while those with two shots have 97-percent immunity.

"In order for a vaccine to work we need to be vaccinated to produce herd immunity," Vivekanandan said. "There's now a lot of pockets where our vaccines have kind of fallen."

According to the Departments of Health in Nebraska and Iowa there have been four cases of the measles in Nebraska since 2014, the last one in 2017. Prior to then the last case was in the early 1990's. In Iowa there are currently two cases in the northeast part of the state, the first cases in Iowa since 2011.

"If you know that you have received the vaccine, you're good," Vivekanandan said. "If you know you're immunized, you're safe, you have the immunity."

Signs of the measles include a runny nose, coughing, conjunctiva, spots inside your mouth, rashes on your face and body and a fever. If not treated, it can get worse.

"Once you get this viral infection you can get bacterial infection that can cause pneumonia and you're in the hospital taking antibiotics so you can get complications from that," Vivekanandan said.

The United States is currently experiencing its largest outbreak of the disease since it was declared eliminated back in 2000. This is due in large part to anti-vaccine parents deciding not to get their kids shots. Dr. Vivekanandan said all of the data and evidence shows parents should be getting vaccines for their kids.

"As an infectious disease physician I practice what I learn which is evidence-based medicine so for me it's important to get vaccinations and for me I also have a five-year-old daughter and 2-year-old son and they're both vaccinated," Vivekanandan said. "I'm vaccinated, my husband is vaccinated so I believe in what I'm teaching and what I'm practicing."

Those born before 1957 are immune to the disease. If you're born after, Dr. Vivekanandan recommends talking with your doctor to see if you have the shot.

"So some people if they're not sure about their immune status might just elect to get another shot and then get a booster shot and they'll be okay," Vivekanandan said.

If you're not sure if you've had a measles shot or lost your vaccination records Dr. Vivekanandan said people can get a titers blood test which checks if you have antibodies in you body. She also said that getting an extra shot to be safe doesn't have any negative effects on a person's health.