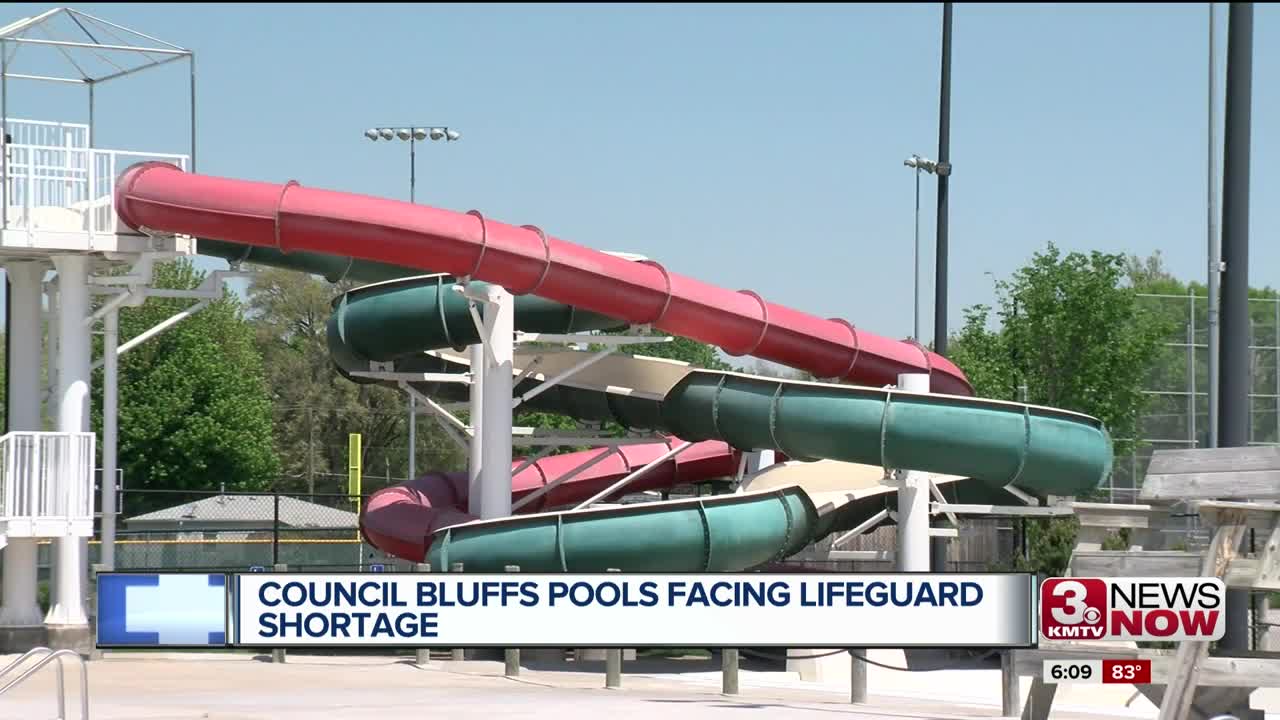 City may only be able to open one pool this summer

COUNCIL BLUFFS, Iowa (KMTV) — The City of Council Bluffs is getting its two pools ready for the summer season and the goal is to open up both locations on May 25th.

The only issue is they don't have enough lifeguards. Currently there are only 31 signed up, not enough to safely operate both pools. The city is looking for at least 53 lifeguards to operate the two locations.

if they don't get more signed up the city will be forced to only open one pool instead of two.

"I can not open the pool without the right amount of staff because it's unsafe," said Mike Bond, the city's aquatics coordinator. "We just won't compromise on that safety to open the pool. We want your experience to be a good one but we want it to be a safe one."

Bond said the city will be running a lifeguard training course in early June and will waive the course fee for the trainees who prove to be capable swimmers already as an incentive to get more recruits.