City of Omaha has gone 101 days without a homicide 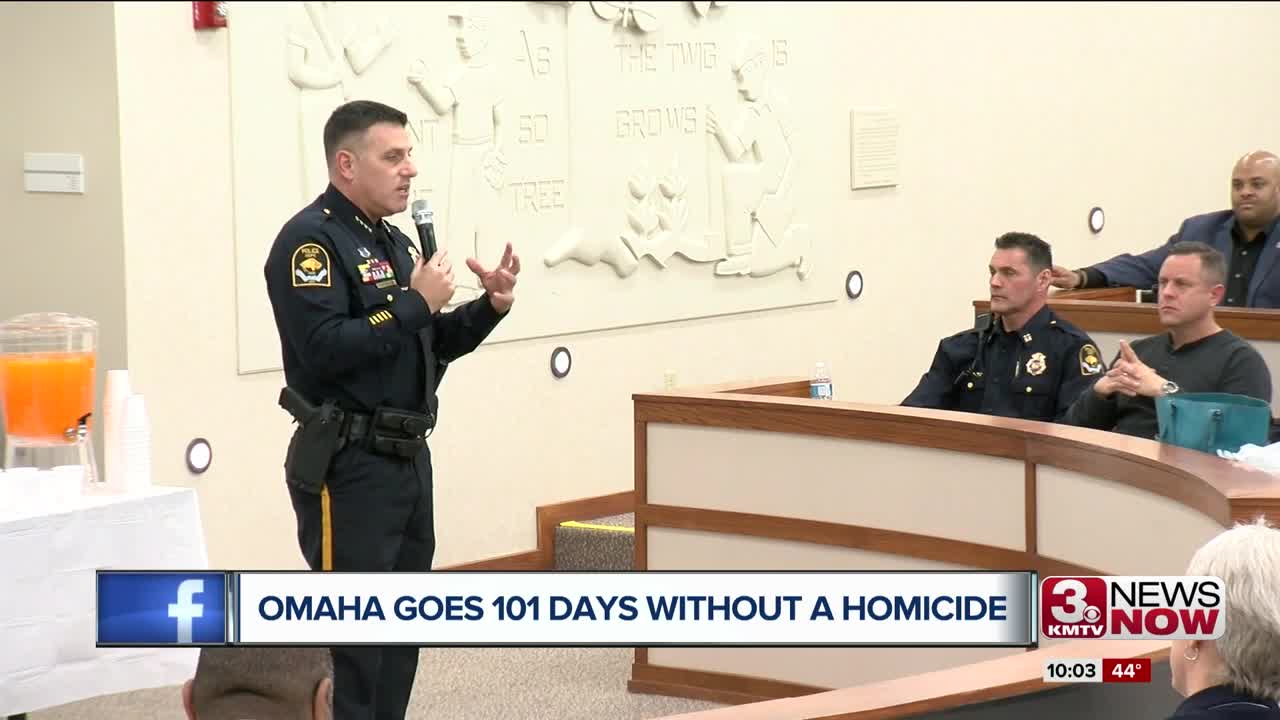 OMAHA, Neb. (KMTV) — As Omaha enters the final week of 2018, Omaha Police are highlighting a milestone for the City - 101 days without a homicide.

On Wednesday, OPD tweeted, 'Congratulations Omaha. 101 days without a homicide! This has never been done before. We are proud to be the guardians of our great city!'

Police Chief Todd Schmaderer and community activists believe it's no accident. They agree Omaha is on a positive path when it comes to curbing violent crime.

"This is the lower per capita that we've had for homicides in twenty years," Schmaderer told a group of community leaders at the weekly Omaha 360 meeting.

In 2018, Omaha has had 21 homicides to date, the lowest in the last seven years.

"There's a lot of work being done in the community to address this issue, but also, that work is being infused with the police department's work which makes it done right," said Schmaderer.

The Chief attributed the lower number of murders to the collaboration between police and groups like the Empowerment Network and Compassion in Action who focus on crime violence prevention.

"It's genuine partnerships. It's genuine relationships that are being built there and that makes it really intentional and keeping the trends in the right direction," Ricky Smith with Omaha 360 told 3 News Now.

"The bad happens so often. And the bad really gets notoriety and people get all upset and they get nervous and you just focus on the negative," Teela Mickles told 3 News Now about celebrating 101 days without a homicide. "We need to celebrate positive when it happens because I think celebrating the positive gives us hope to do better."