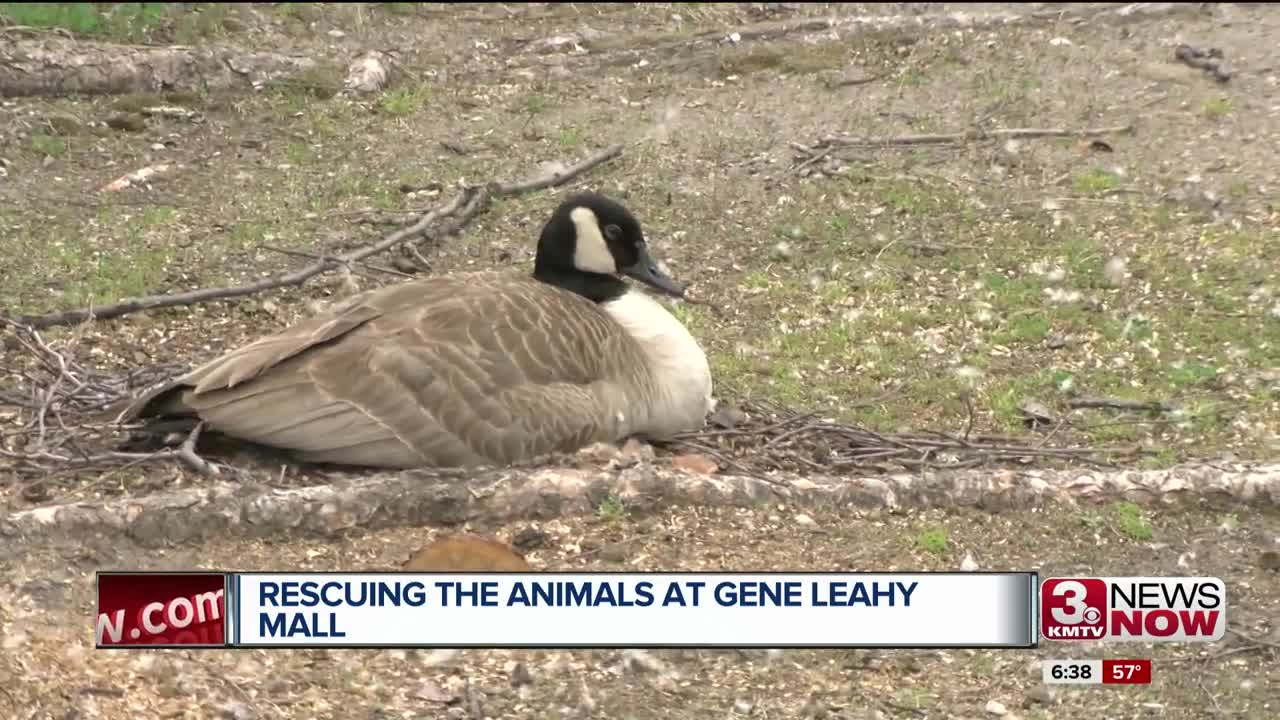 How the Riverfront Revitalization project is impacting wildlife

OMAHA, Neb. (KMTV) — Construction at the Gene Leahy Mall is moving along.

One of the first steps in the renovations was draining out the river in the mall. Unfortunatley it's caused unintended consequences for the animals who call the water home.

"They probably thought they hit the jackpot to raise their family but they didn't know this was going to happen," said Silki Remalia, an animal rights advocate when looking at the lone Canada goose in the mall. "It's very sad, it's very sad because we created a habitat for them and now it's been taken away."

"There will be new animals that come, birds will nest, trees will be planted and we'll be ready for it," said Brook Bench, the City of Omaha's Parks and Recreation Director. Bench said the city is doing whatever they can to help out the animals. "We have big throw nets and fishing nets and once they get out there we have waiters and they can get whatever they can."

One of the most striking sites at the mall is the fish who are fighting and flopping their way for survival in the mud. However, they're not supposed to be there in the first place.

"Nothing has ever been stocked in the Gene Leahy Mall," Bench said. "With the bullheads that's mother nature and the goldfish or the koy they were put in there."

Rescue efforts have already been going on for quite some time. The first round saw Omaha Parks and Recreation bring turtles and fish from Gene Leahy Mall out to Levi Carter Park and Heartland of American Park.

"It's close," Bench said. "We want to do the least time in the water or in a bucket and the faster we can get them acclimated to."

Currently there is still one goose and a duck at the mall. The city isn't planning on moving them and is taking care of them as they nest their eggs.

"We're going to let them hatch their young and let mother nature take its course," Bench said. "There's not any water there so they're going to want to find water and we're going to help them when that point gets there."

MECA, who is overseeing the renovation of the Gene Leahy Mall released the following statement.

"The City Parks Department and Kiewit have been deliberate in their efforts to mitigate impact on plant and animal life at the Gene Leahy Mall throughout the beginning phases of construction," said Kristyna Engdahl, MECA's director of communications. "The Parks Department lead the initial efforts, removing the fish and turtles and transferring them to other city parks. Now as the lagoon continues to drain, Kiewit is on the lookout for additional wildlife that may need to be relocated. We appreciate and share the community's concern for the creatures within Gene Leahy Mall, and appreciate the careful measures that have gone into ensuring their re-homing and well-being."

Bench said major construction on the mall will start in two to three weeks.