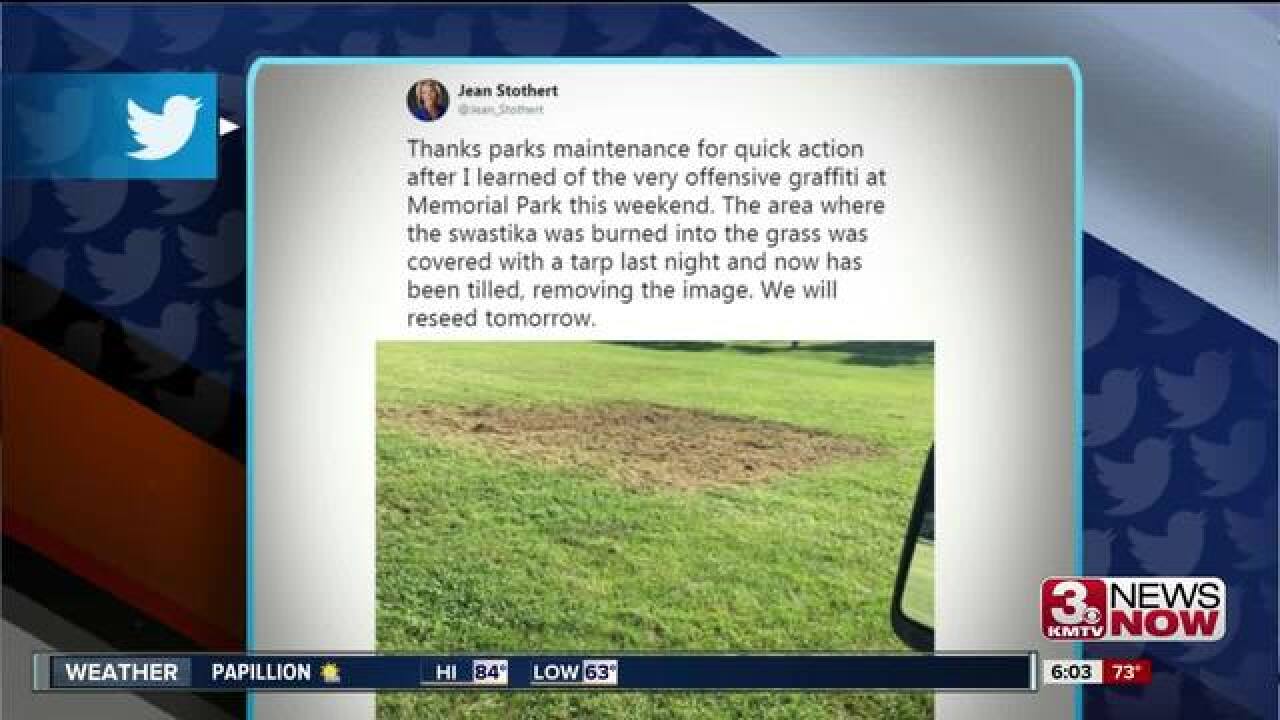 On Monday, crews will reseed a section of grass at Memorial Park that was vandalized over the weekend.

Mayor Jean Stothert praised city workers for their quick work in removing a swastika. Sunday, she tweeted out a picture of the area.

Thanks parks maintenance for quick action after I learned of the very offensive graffiti at Memorial Park this weekend. The area where the swastika was burned into the grass was covered with a tarp last night and now has been tilled, removing the image. We will reseed tomorrow. pic.twitter.com/L5oZJQbUEu

Stothert said city workers went to the park Saturday night to cover the symbol of hate, which had been burned into the grass.