City of Omaha settles with Zachary Bear Heels' family for $550,000 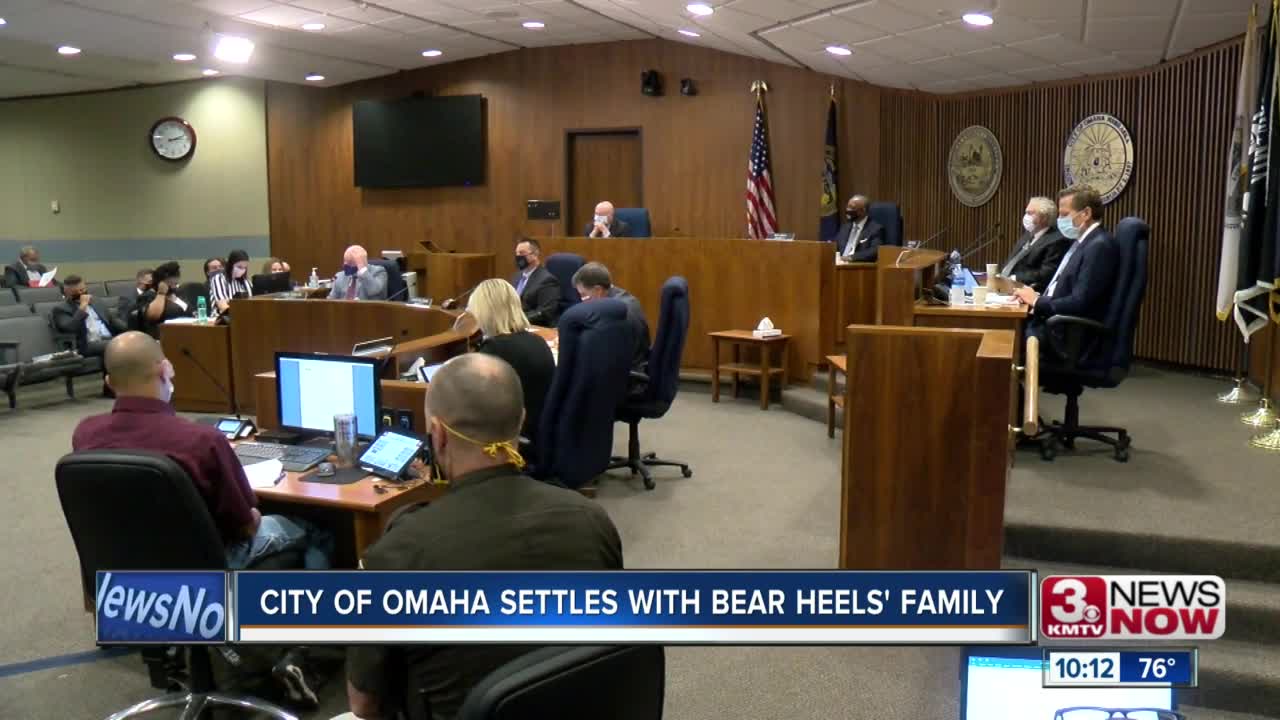 OMAHA, Neb. (KMTV) — Zachary Bear Heels, a 29-year-old man, died in the hands of the Omaha Police Department in 2017 after being punched and tased repeatedly.

On Tuesday, the City of Omaha settled with Bear Heels' family and will pay out $550,000.

“$550,000 is a slap in the face to Zachary’s family and to Zachary’s memory," one area citizen said during Tuesday's public comment portion of the meeting.

In the weeks following his death, Omaha Police Chief Todd Schmaderer fired four officers for their handling of Bear Heels, who was struggling with mental health.

"I believe the handling of the killing of Zachary Bear Heels has and continues to be a gross miscarriage of justice," an Omaha resident said.

Later, three of the four officers were reinstated.

City councilman Ben Gray believes OPD was transparent about their handling of the Bear Heels case.

"They heard from the community. A lot of it was not positive, but the fact of the matter is was that this police chief and this police department was upfront in terms of the issues related to Zachary Bear Heels," Gray said.

Three years after Bear Heels’ death, many stand in solidarity with recent protests happening across the country calling for the de-funding of police.

A friend of Bear Heels' sibling read a letter on their behalf.

"I just want people to know that Zach wasn’t just a police brutality victim, he was an uncle, son, friend, classmate, nephew and grandson. They ripped our family in half and left us in pieces. I pray no family ever has to feel this again. I want those officers to be criminally charged.”

According to an autopsy, Bear Heels' cause of death was attributed to "excited delirium."

None of the officers involved have been convicted.