City of Omaha to pay for pothole claims 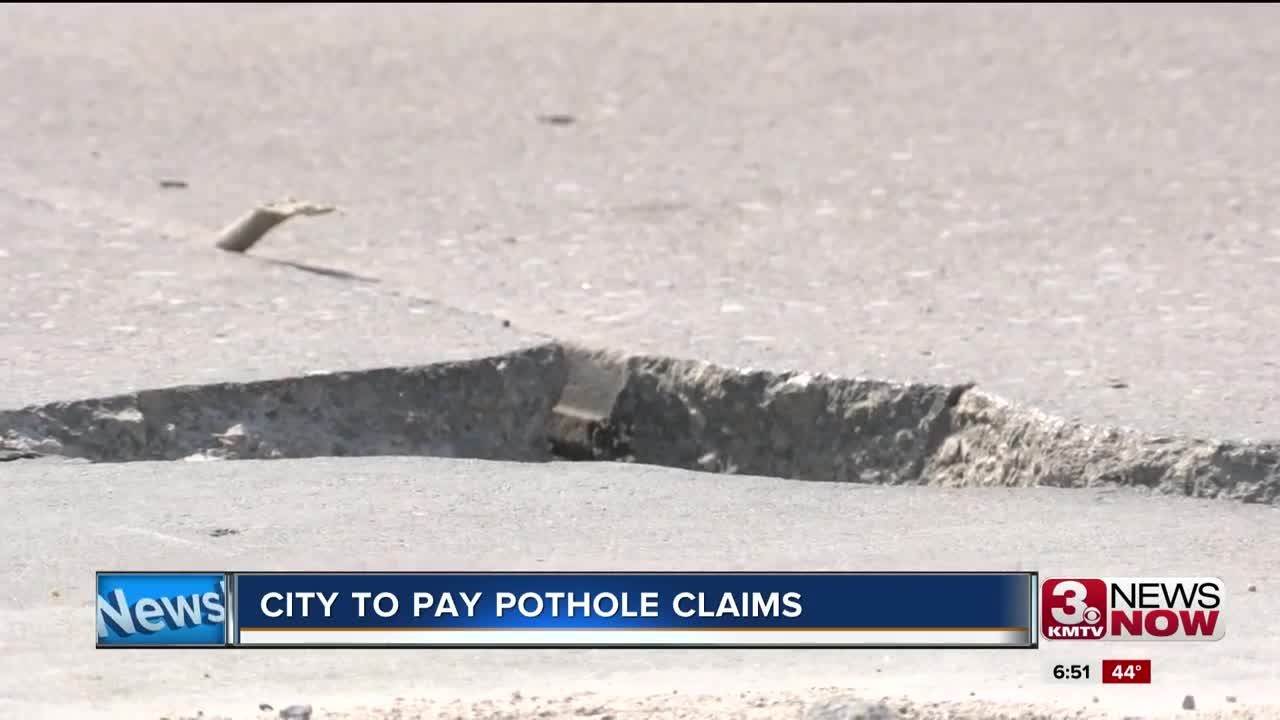 City of Omaha to pay for pothole damage

OMAHA, Neb. (KMTV) — Mayor Jean Stothert announced Monday afternoon the city of Omaha will be paying for pothole claims on vehicles made against the city between January 1 and March 18 of 2019.

59 claims have already been filed during the two and a half month period to the mayor's office. Mayor Stothert says the potholes must be inside the city's boundaries and the city will not pay for potholes that lie on highways in Omaha such as I-80, I-480 or I-680.

"They are worse than any that I've seen since I was in Omaha or for a lot of people that have lived here there whole lives," said Mayor Stothert.

If you show proof you've filed a report with the city and have documentation of a repair bill or a tow receipt the city will write you a check for the amount the damage cost.

"After today any claims the city makes we'll review them on a case by case basis," Mayor Stothert said.

"It's not anything that's going to cause a need for a tax increase or will drain our current funds," Mayor Stothert said. "This is something we can work out on our current budget."

Starting today the city had 34 crews on the streets using 300-degree asphalt to hot-patch the streets.

"We don't cause the potholes," Mayor Stothert said. "They're caused by nature. Our job as a city is to repair them in a timely fashion."

The deadline to file is March 18. A link for the application is located on the Omaha City Clerk's website.