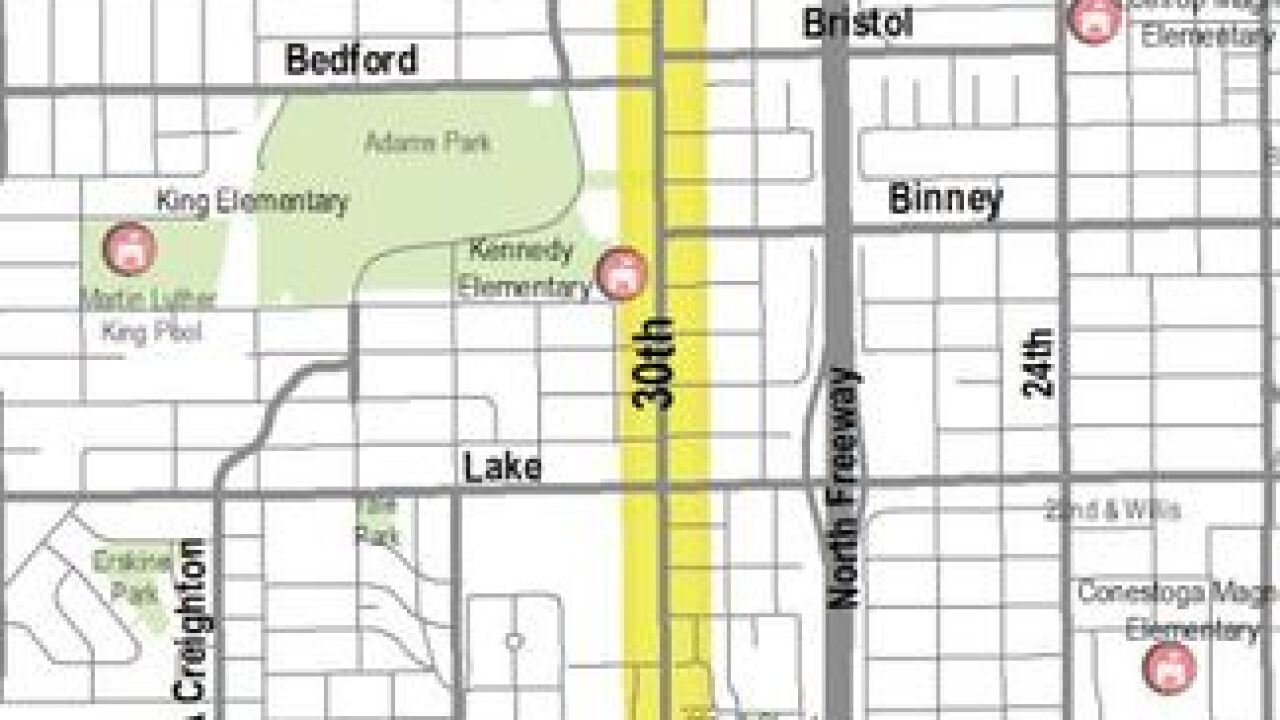 The city wants your opinion about a proposed project that would narrow a major North Omaha Street.

It would reduce 30th Street from a five-lane cross section to a three-lane cross-section between Cuming Street and Ames Avenue.

City officials say they have funding for what they call the "road diet project."

Supporters say it will improve vehicle, bicycle and pedestrian safety in the area.

The design would bring down speeds, set up specific space for bicyclists and create a larger buffer between drivers and pedestrians.

The city is taking comments until October 13th.