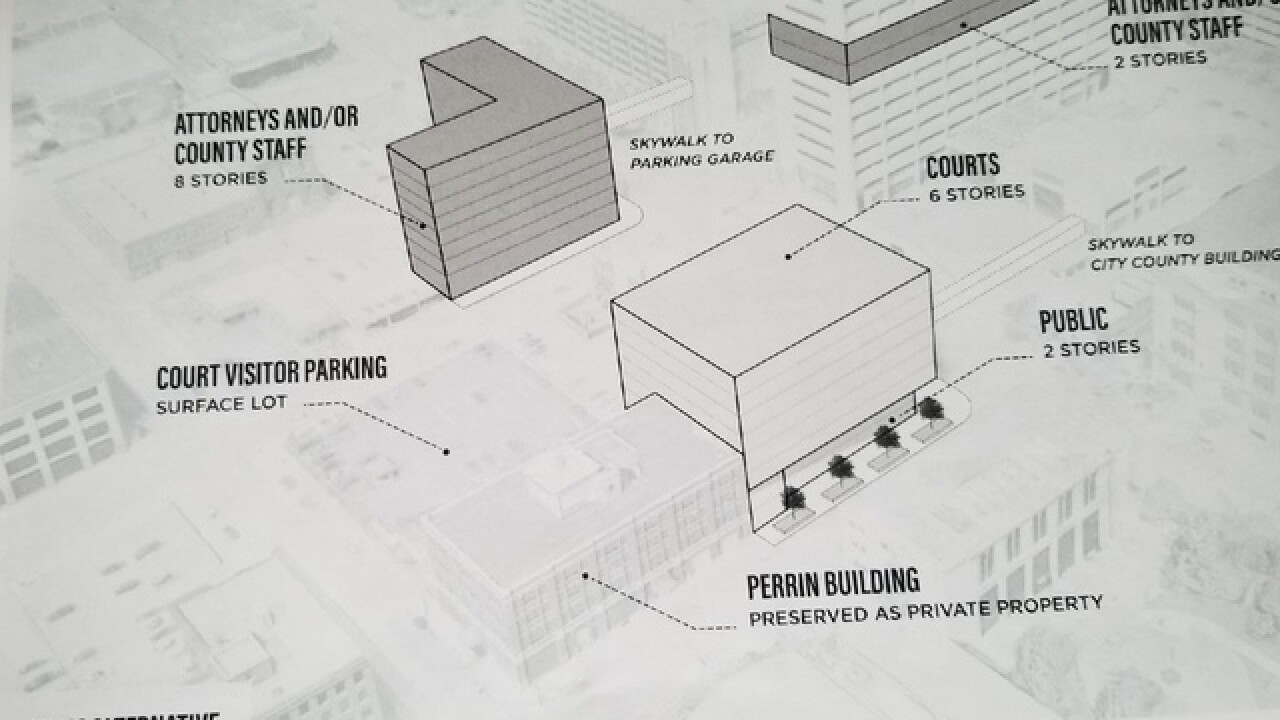 Cavanaugh's proposal is a $50 million alternative, saving the building at 18th and Howard, as well as Douglas County residents from a big tax increase.

On Sunday, Cavanaugh attended an open house showing off the architectural significance of the building. He'll present the $50 million alternative to the original $120 million proposal that he says takes care of juvenile justice service while keeping it all in the same few blocks of the city.

"All of that, half the price, and what we propose to do is package it in a bond issue and put it on the ballot for voter approval," Cavanaugh said.

Cavanaugh also believes there wouldn't involve a tax increase either. His alternative calls for eight stories of office space for attorneys and county staff, 60 stalls for visitor parking, and court rooms out of already existing space.
This saves the building and Douglas County taxpayers, while improving the historical scenery in this part of the city, which Cavanaugh says has already been destroyed.

If this plan works out, the building's future falls into the hands of Bob Perrin. His property has been a car dealership and testing facility for the Army's Corps of Engineers before I bought it.

"The building in question is in private hands," Cavanaugh said. "And what the developer of that building would like to do with it is entirely up to them. they put together plans that show some very interesting ideas for a mixed use commercial residential property in the flatiron neighborhood which is already moving in that direction, which is very encouraging."

This is one of the biggest public projects in Douglas County history. The County Board meets Tuesday morning at 9 a.m.