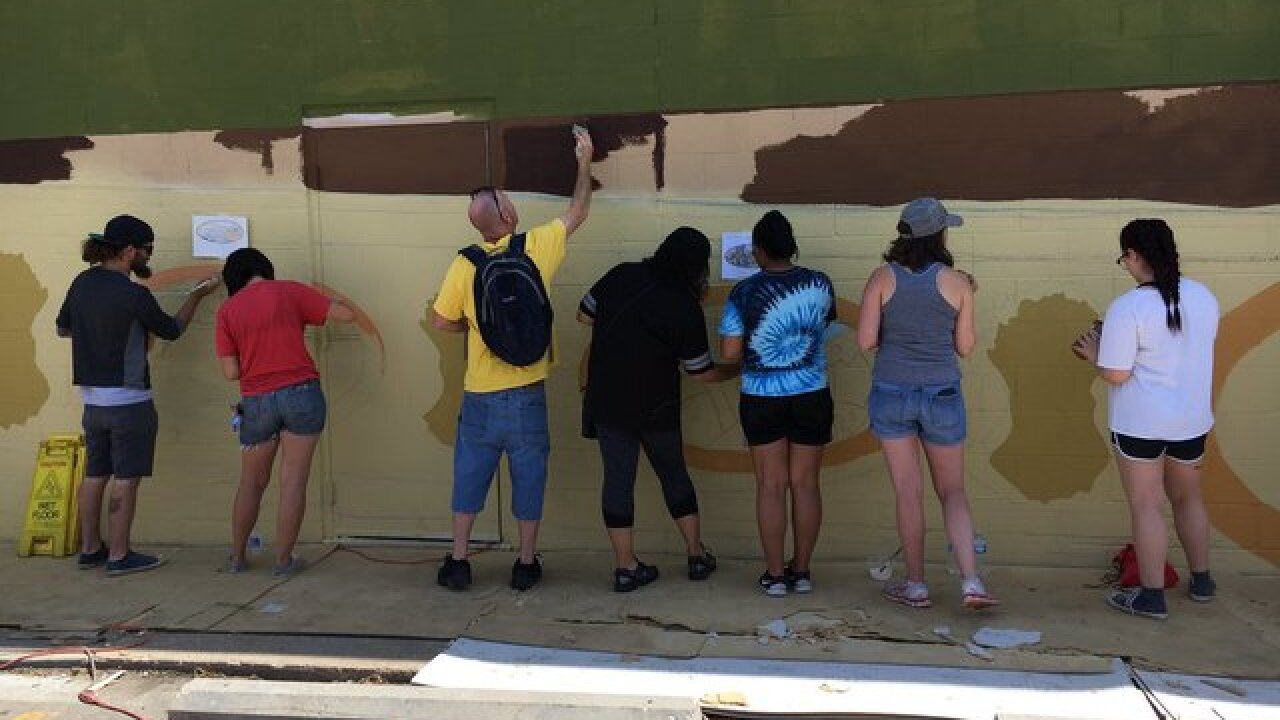 Copyright 2017 Scripps Media, Inc. All rights reserved. This material may not be published, broadcast, rewritten, or redistributed.
<p>Volunteers and Artists Work on a Mural on 36th & Q Celebrating Nebraska's 150th Anniversary</p>

In celebration of Nebraska’s 150th birthday, a South Omaha store is getting a makeover, and the whole community was invited to take part Sunday.

“I’ve been waiting for a mural to go up on this wall for quite some time,” said volunteer painter Lindsey Williams.

Outside the Supermercado on 36th & Q, volunteers like Williams and professional artists were hard at work under the direction of lead designer Rebecca Van Ornam.

“Try to keep them just slightly different than these colors,” Van Ornam instructs a painter.

Van Ornam and her father have done several murals together, depicting the different cultures that make up South Omaha as part of the South Omaha Mural Project.

However, this one is different.

“The specific Nebraska mural became an idea in our minds, kind of, because we saw that there are opportunities to do things in association with the 150th anniversary of Nebraska,” explained Van Ornam.

Sunday’s Community Paint Day was a sort of giant paint-by-numbers, making it easy for anyone to join in.

“What colors did you paint today?” Williams asked her 2-year-old daughter. “Red and blue!” the toddler shouted.

“Right now everybody's kind of helping us out by putting on the base layer.  We just go over it with a lighter color and put more detail into it,” said Alondra Gonzalez, apprentice painter on the project.

The picture is drawn and painted in layers, according to Van Ornam’s sketch.

“This is a gentleman playing a banjo, who’s kind of the bard of the mural.  He’s telling a story.  He’s singing a song to this young girl,” said Van Ornam.

It’s the story of all Nebraskans from west to east.

“I wanted it to feel like everyone could find their story on this wall,” said Van Ornam.

...stopping in South Omaha along the way.

The mural is made possible with grants and help from Supermercado Nuestra Familia owners Spartan Nash.  Professional artists will take over and finish the painting in mid-September.