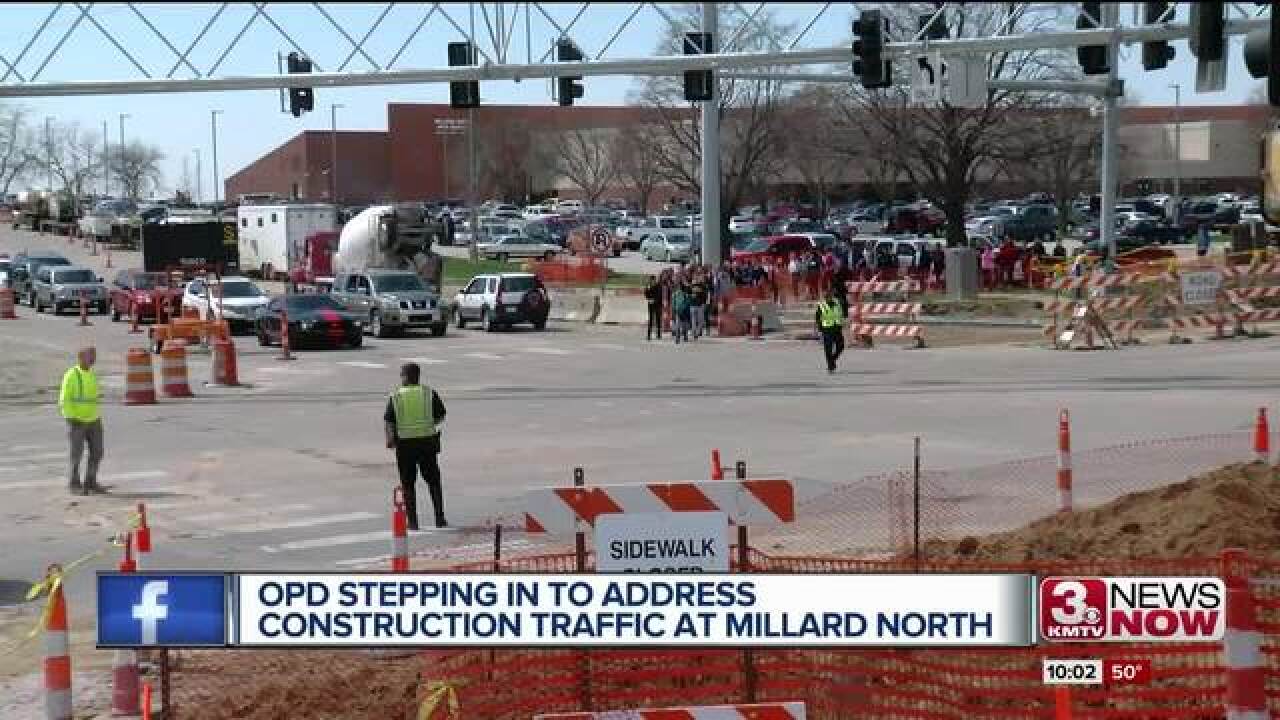 If you've driven by the intersection of 144th and Pacific streets near Millard North High School, you've seen how congested traffic can be, especially this week as construction continues with crews working on a months-long construction project to expand Pacific Street.

The road work and heavy traffic is causing headaches for drivers and making it harder for Millard North students to cross the street.

On Thursday, OPD's Traffic Unit began assigning four officers to patrol three intersections near the school to direct traffic and help students safely cross the street. The intersections officers will patrol are the school's northeast entrance, the intersection near 144 and Pacific and the south entrance. Their goal is to  help traffic enter and exit the campus as safely and quickly as possible.

Officers will be at the intersections during the morning drop off time and when students are released until the end of the school year. Construction is expected to be completed in the fall.