Controversy over testimony at Unicameral 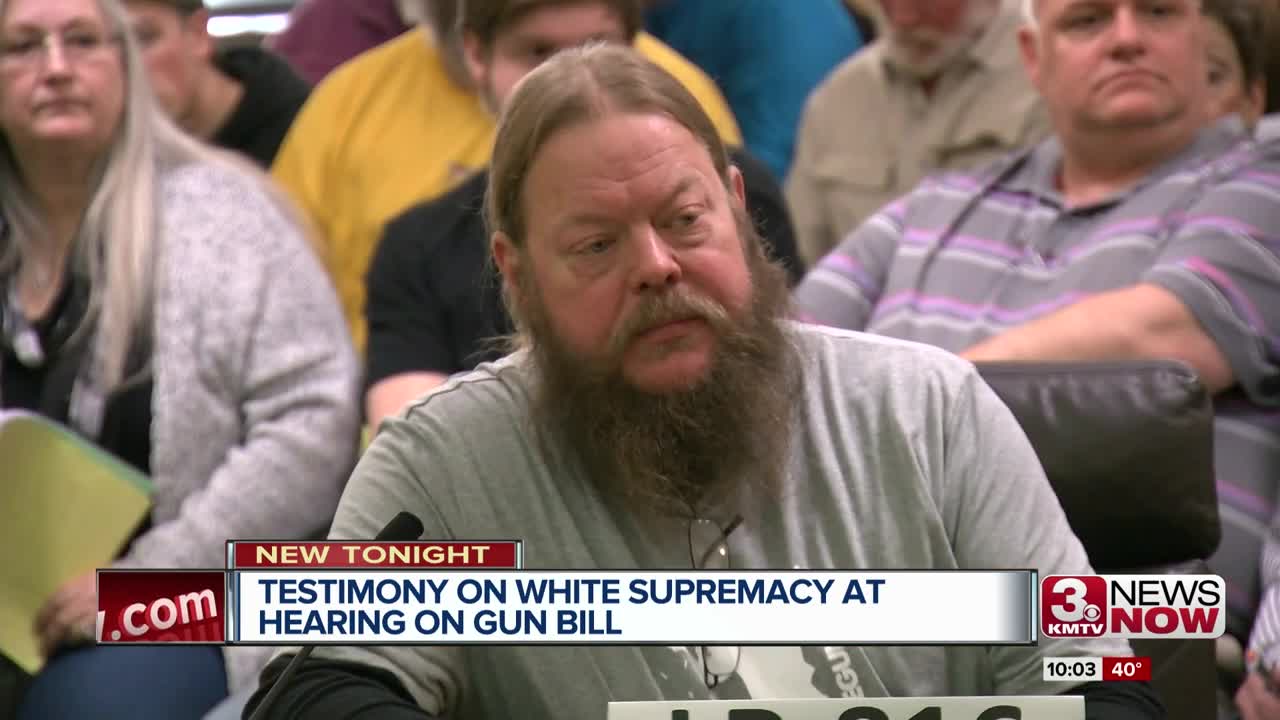 LINCOLN, NE — There was added controversy Friday at an already controversial hearing at the State Legislature on a bill to require a 48-hour waiting period to buy a handgun in Nebraska.

A Nebraska gun shop owner who bused in hundreds of gun rights advocates to protest the proposed law was accused during the hearing of being a white supremacist.

David Pringle testified at the hearing, and was asked about the accusations. In his response, he said he knew David Duke, had been the membership coordinator of the National Alliance and said "I love my race more than any other race."

David Duke was the former head of the KKK. The National Alliance had been described by the FBI at one time of being the most well financed and most organized white supremacist group in the United States.

"What happened today in the Judiciary Committee was a chilling representation of the increase in white supremacist violence in Nebraska. Lawmakers must do more to stop the normalization of this rhetoric and the violence it emboldens."

Earlier in the day, Gov. Pete Ricketts sent out a tweet praising the group that came to protest the proposed law.

But, on Friday night, Gov. Ricketts issued a statement condemning what Pringle said, saying in part,
"White supremacy has no place in our state or our country. I unequivocally condemn the statements made by the testifier."

Also on Friday, Senator Julie Slama, who was the senator that asked Pringle if he wanted to respond to the accusations, also condemned what he said in a post on her Facebook page . It said in part, "White supremacy should have no place in our society and I unequivocally denounce his sentiments and views."