Council Bluffs changing use of seclusion rooms in schools 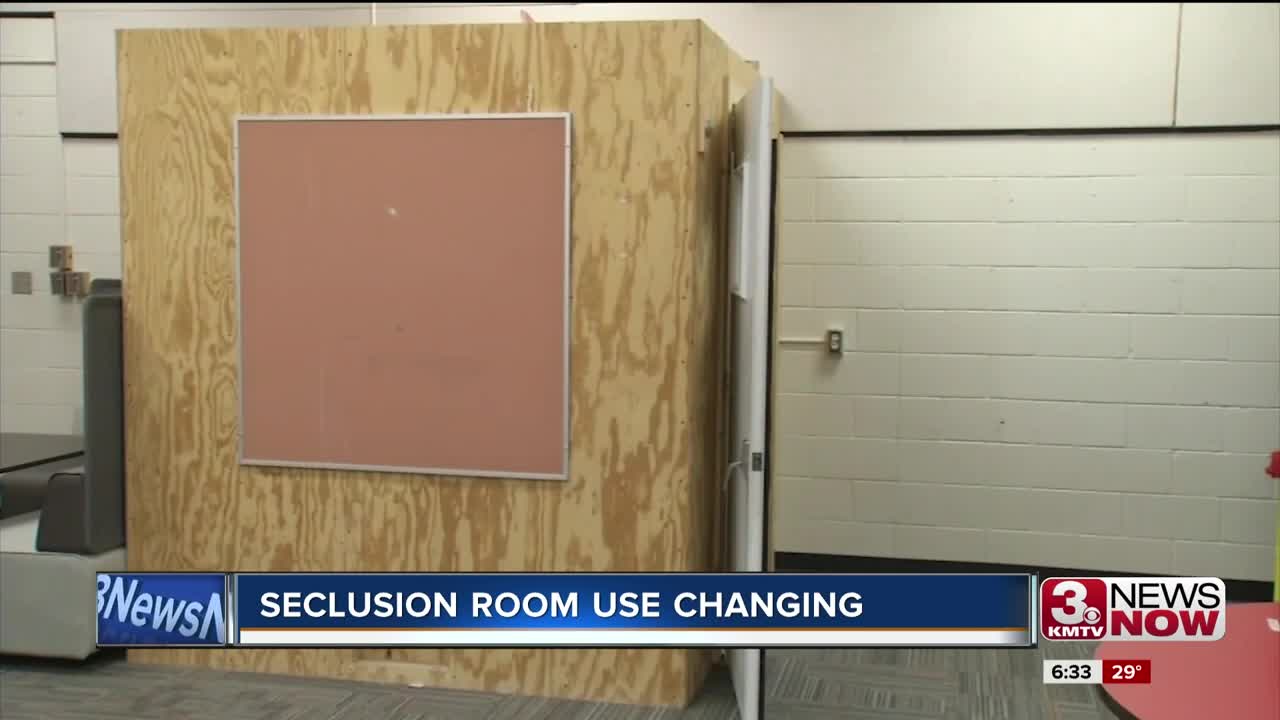 The proposed changes include:

“What the rules would do is say the seclusion rooms can only be used as a last resort,” Daniel Zeno, ACLU of Iowa said. “Only in emergencies, and not for discipline. The goal is to make sure we aren't using these rooms when they shouldn't be because it has a real negative impact on kids.”

The ACLU of Iowa helped write the changes. It says some school districts use the rooms too often, particularly with students with disabilities and African American students.

School officials say they're concerned the rules are overly burdensome, and want educators to have right to decide if to use room.

The Council Bluff's Community School District currently has a few seclusion rooms. At Roosevelt Elementary School, the seclusion room is inside a classroom used by students who have autism.

Vickie Murillo, Superintendent of Council Bluffs Community School District said they don’t call it that, rather a time out space, therapy room, or sensory room.

“It's really a place that sometimes they need to have so they can feel safe and re-centered,” Murillo said.

The area at Roosevelt is small, about the size of a closet. It has padding on the walls, stars on the ceiling, and no door (though some seclusion rooms in Council Bluffs have doors.)

“First, they are used for the safety of children,” Murillo said. “And they are also only used when parents have agreed and signed off an IEP (Individualized Education Plan.) The parents are able to view the room, see the room, and also are in communication with the teacher if the child would ever use the seclusion room for safety.”

If students are feeling overwhelmed, they may choose to go in the room on their own to calm down or quietly read a book.

Council Bluffs already has plans to phase out seclusion rooms in exchange for sensory rooms. Even then, it’s not for every student; sensory room use will have to be written into a student’s IEP.

“They could go in and put on a heavy vest,” Murillo said. “Jump on a small trampoline, get balls and squeeze, time out to talk to a social worker, talk through their emotions. (The sensory room is) a place where they can do that in private and not be in their classroom and then when they're ready to re-enter the classroom, we welcome them back in, no questions asked.”

The goal is to shift to sensory rooms over the summer, working with parents and teachers to rewrite students IEP’s, and use the rooms in the 2019-2020 school year.

Seclusion rooms have come under scrutiny in recent years. The state Department of Education determined in 2017 that the Iowa City Community School District improperly used the rooms.