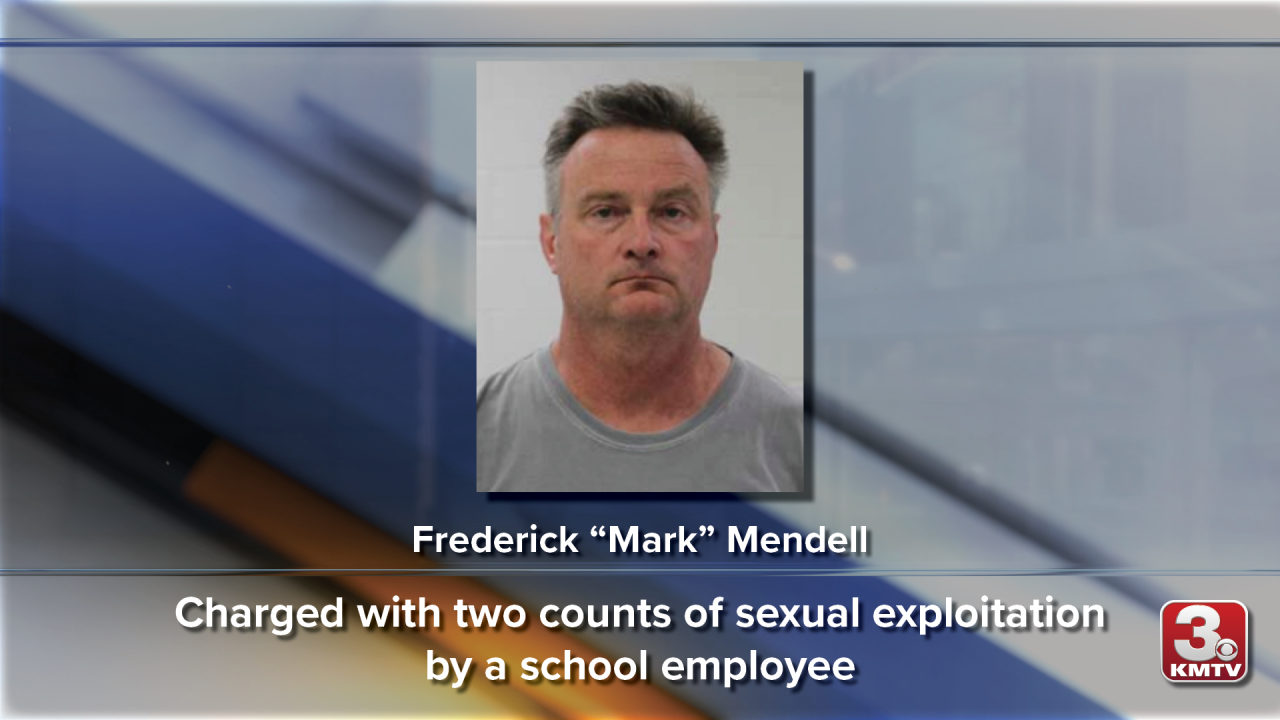 OMAHA, Neb. (KMTV) — The Council Bluffs Police Department (CBPD) says a teacher has been arrested for two counts of "Sexual Exploitation by a School Employee." The incident involves a 56-year-old high school teacher and a 17-year-old female student.

During their investigation, CBPD says they discovered messages between the two, professing their love to one another.

The student told investigators that they went on an overnight college visit, sharing the same hotel room and that their relationship had been sexual in nature...with some of the sexual encounters happening at Abraham Lincoln High School.

Authorities say that although the student is over the agent of consent for Iowa, state law prohibits school employees from having any sexual contact with students, regardless of their age.

Mendell was the student's band teacher and authorities say she was no longer attending classes as she had met the requirements to graduate.

The Council Bluffs School District has released the following statement:

We are disturbed by the outcome of the investigation. The safety of our students is and will always be our priority.

In March, upon learning of allegations of unethical conduct, the school district placed Mr. Mendell on leave, and requested an investigation by law enforcement. Mr. Mendell resigned from his position in April.

In the Council Bluffs Community Schools, we take all allegations and reports very seriously, and will not tolerate any misconduct of this nature.