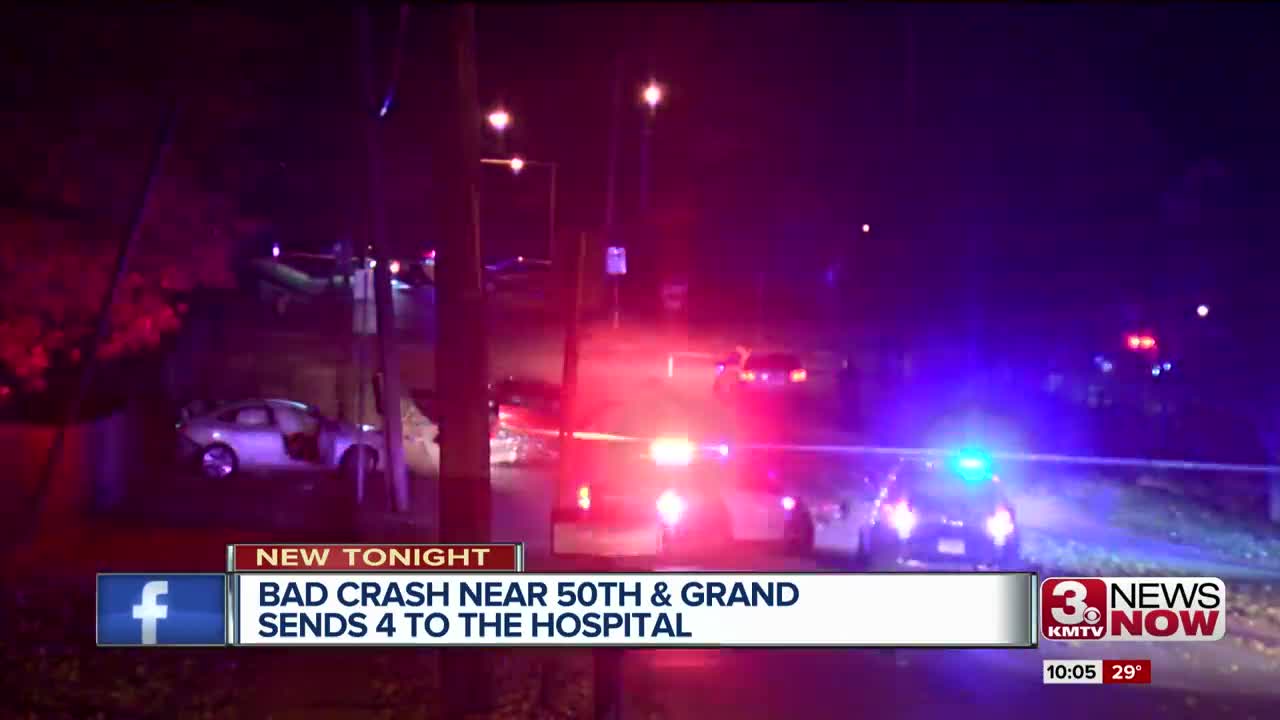 The Omaha Police Department sent out a report on the wreck, early this morning.

They say the incident occurred when 51-year-old Kenneth Greer was traveling westbound in a pickup truck. His vehicle struck the rear-end of a northbound vehicle, causing it to spin and come to a stop in the northeast section of the intersection.

After allegedly hitting the first vehicle, police say Greer fled in his truck westbound on Grand Avenue and struck an eastbound 2012 Dodge Journey with three occupants in it.

The driver of the second vehicle has been identified as 29-year-old Jamine Thomas. Thomas suffered from neck injuries and a six-year-old in the back seat was rushed to the hospital with life-threatening injuries to his back and spinal cord.

Greer suffered a fractured pelvis and charges are pending.

Omaha Police and paramedics responded to a crash near 50th & Grand on Wednesday evening.

Officials say four people were sent to the hospital.

One person had CPR in progress, another in critical condition, while two others are in serious condition.

This is a developing story. We will provide updates on-air and online as we get them.