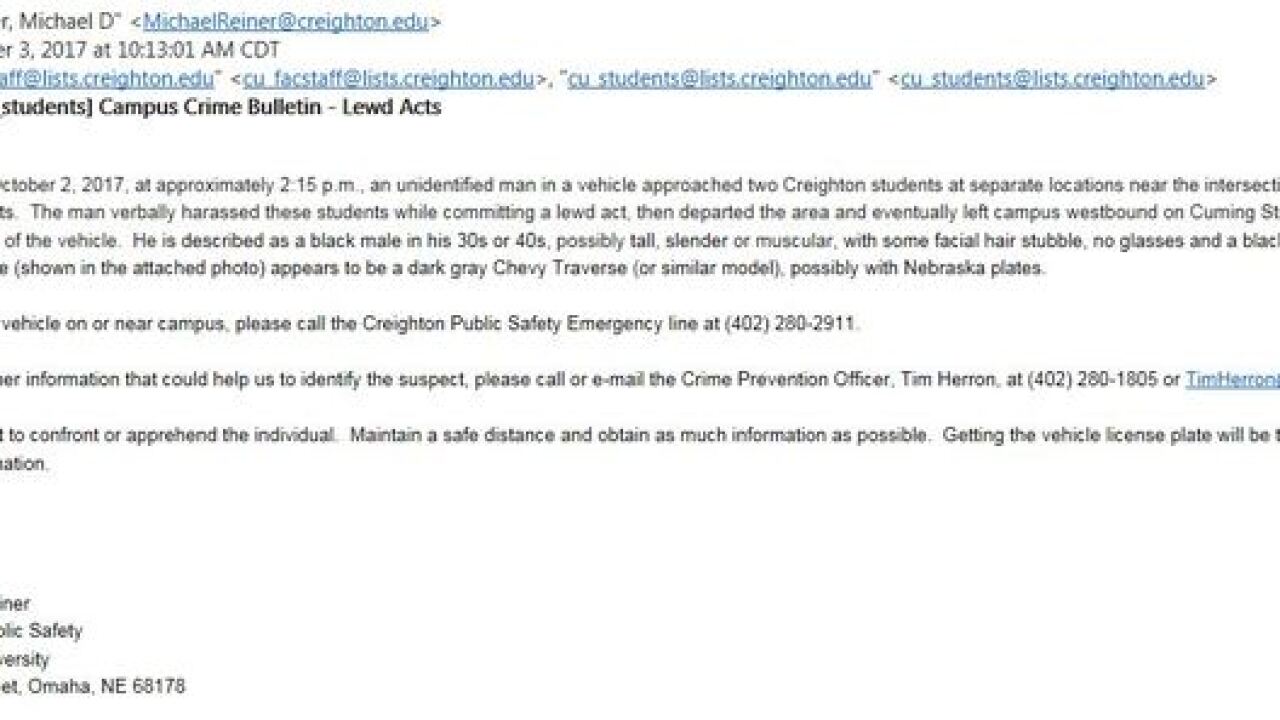 Copyright 2017 Scripps Media, Inc. All rights reserved. This material may not be published, broadcast, rewritten, or redistributed.
Stewart, Megan 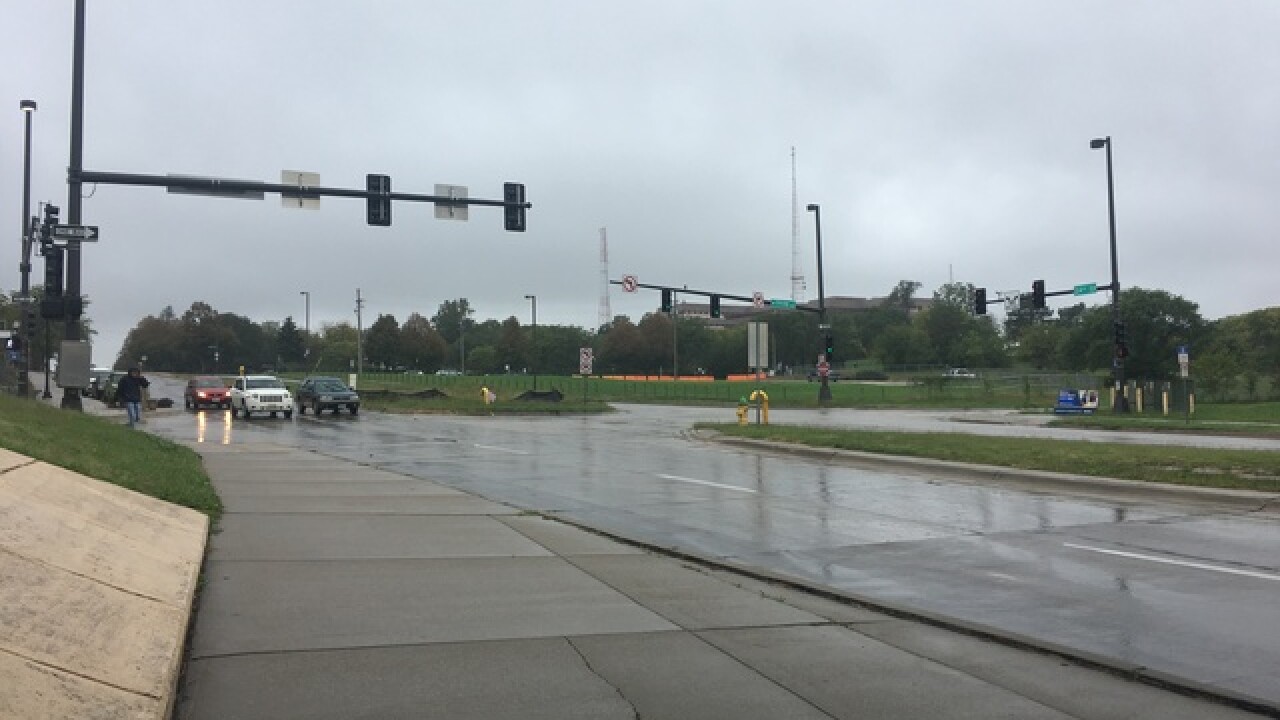 Creighton University public safety officials are warning students after an incident was reported near campus Monday.

According to a crime bulletin issued to students, a man committing lewd acts verbally assaulted two students at different locations near 24th and Chicago streets.

The bulletin says the man didn't get out of his vehicle. It's possible he was driving a dark gray Chevy Traverse, or similar model, possibly with Nebraska plates.

Creighton student Taylor Keesee says it's a busy intersection and many have been yelled at from passersby in cars before.

"I mean people yell out their windows sometimes," Keesee said. "But I feel like that's just being a woman, people always yell at you while you're walking. But I haven't every had anyone approach me or anything."