Creighton researchers use music to help with knee pain in runners 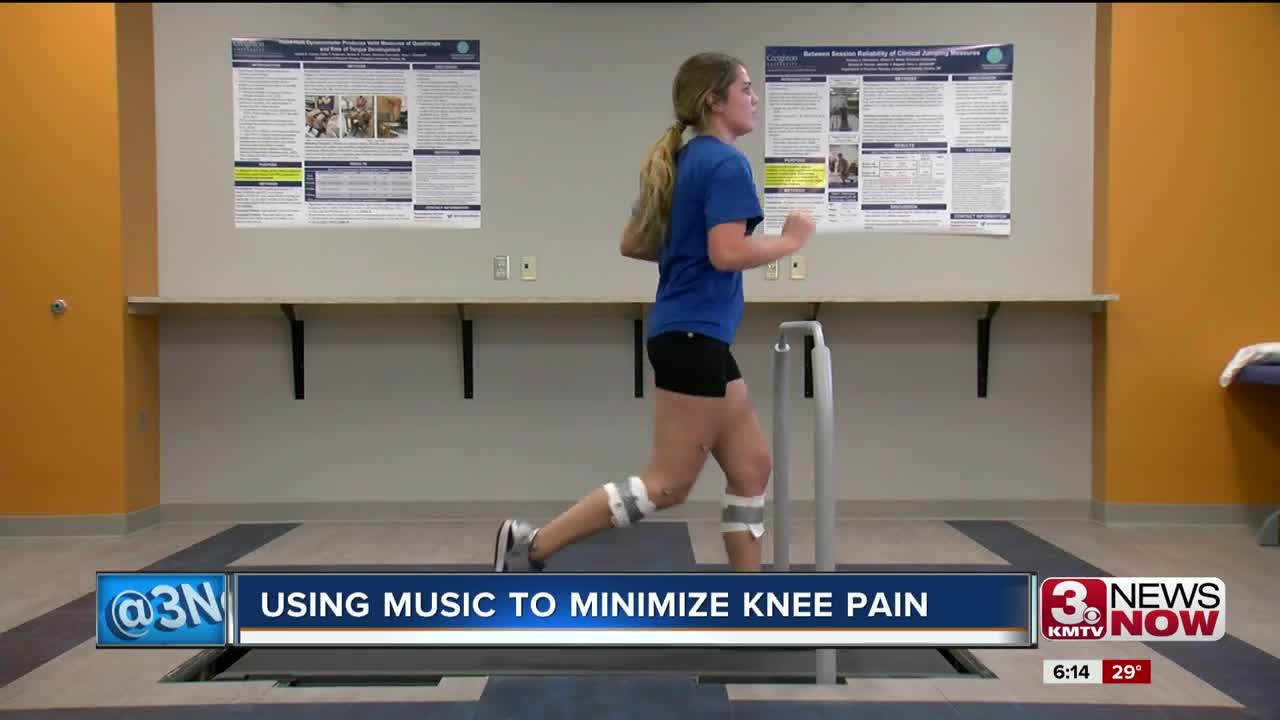 OMAHA, Neb. (KMTV) —
Researchers at Creighton University are studying the impact listening to music has on runners with knee pain.

The research focuses on the stress runners place on their petellar-femoral joint, the joint that connects the patella with the femur. The physical therapists are studying if running at a faster cadence and a shorter stride helps relieve knee pain for the patients.

"We collect their baseline cadence which is the number of steps they take every minute and then we add between 10 and 15-percent to that and match them up with a premade playlist," said Danny McAndrew, a Creighton physical therapy student and researcher.

Instead of using a metronome like previous research has done, the researchers give runners playlists featuring genres such as pop, rock, country, rap and jazz set at a specific beats per minute.

"It's a variety of music and you can pick and choose the songs you run to which helps if you're familiar with the song and the beat of the music," said Kelsey Biaggi, a Creighton student participating in the study.

While research has looked at shortening strides and increasing run tempo in the past, music hasn't been a component used to help assist these runners.

"It was surprising to see that music hadn't been used in an active sporting population," said Terry Grindstaff, PhD, a proffesor at Creighton and McAndrew's faculty advisory.

Grindstaff said participants who have a background in music and can keep rhythm have benefitted from the study.

"Those are people we'd call treatment responders," Grindstaff said. "They're the people that it would work out best."

But Grindstaff says it's still possible the researchers helps out those who aren't musically inclined.

Creighton is still accepting participants in the study. Willing participants must be between 12 and 35 years old, run at least 10 miles per week and have knee pain for the last month at the front of the knee that is greater than a three on a ten-point scale. Interested participants should contact Brooke Farmer at 402-280-5265 or brookefarmer@creighton.edu.