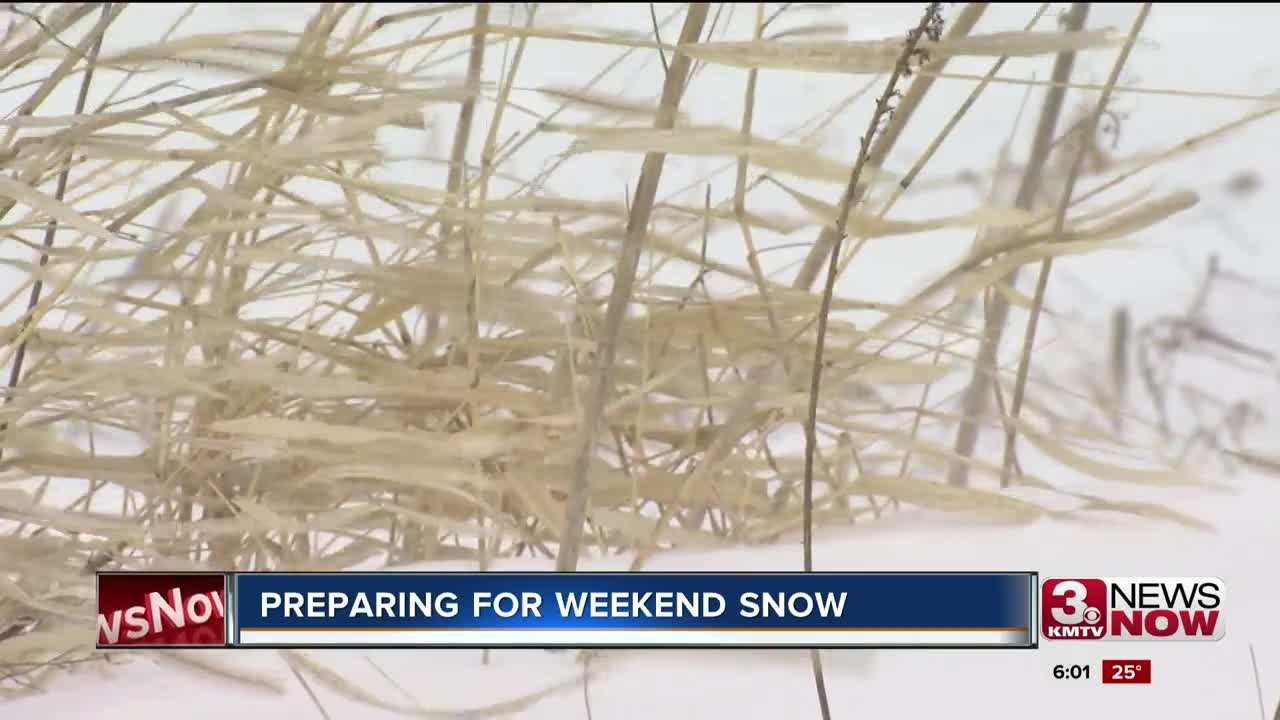 “At this point seems like round 12 of the fight with old man winter this year,” Capt. Jason Scott, Nebraska State Patrol said.

We're all experts now on how to get through it, but as a reminder when you're on the roads.

“We want to see people increase their following distance,” Capt. Scott said. “Wear their seat belt, slow down, don't use the cruise control, give yourself plenty of time to get wherever you're going.”

“The primary concern is white out conditions,” Capt. Scott said. “Everyone is talking about blowing snow and the heavy wind.”

“If the snow sticks to the lines and the wind starts to blow we start getting line gallop and that starts to damage our structure so you start seeing wires on the ground,” Ryan Mayberry, OPPD Storm Manager.

Unfortunately, Mayberry said, there is nothing they can do to prepare the power lines for snow and wind.

“Our system is pretty robust up to 40 mph,” Mayberry said. “Once we go over 40 mph and we start ice loading it starts getting sketchy.”

If you lose power, call OPPS and keep calling until your power comes back on.

“Even though we've gotten a smarter system throughout the years we don't know if you are out individually so call, that’s why we have the system (402)554-OPPD.

If you need State Patrol’s help on the road call *55.