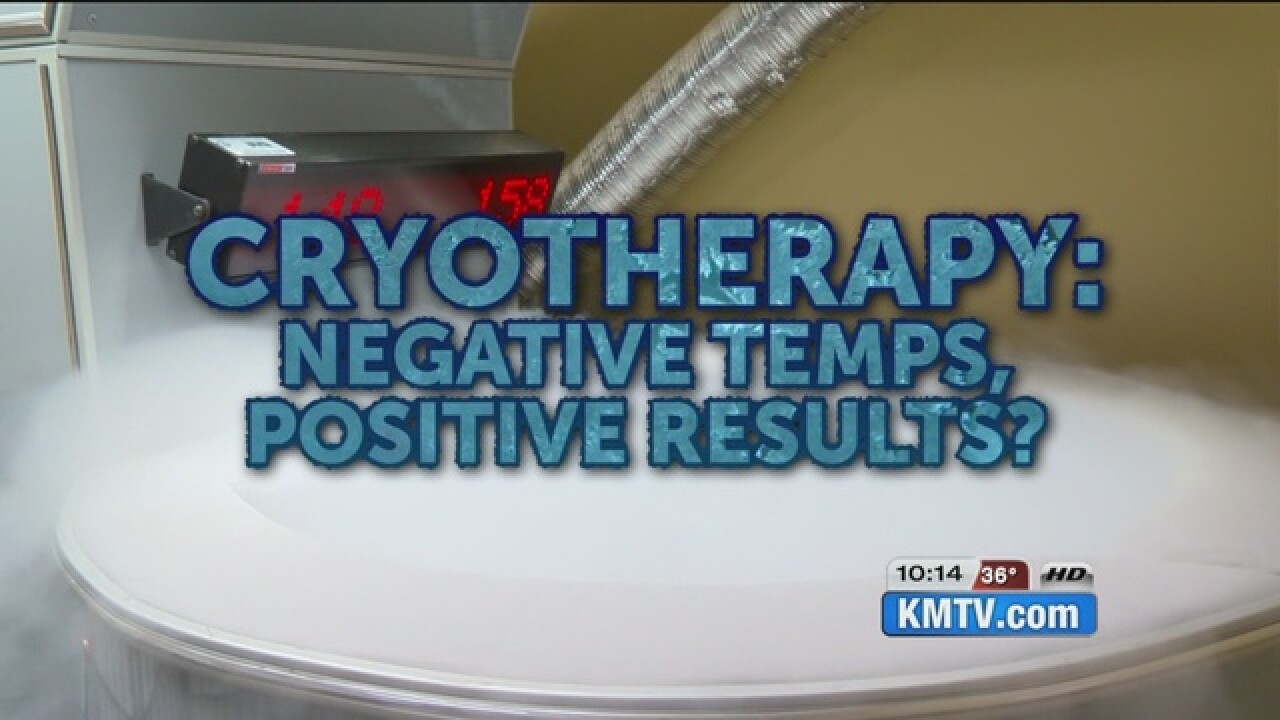 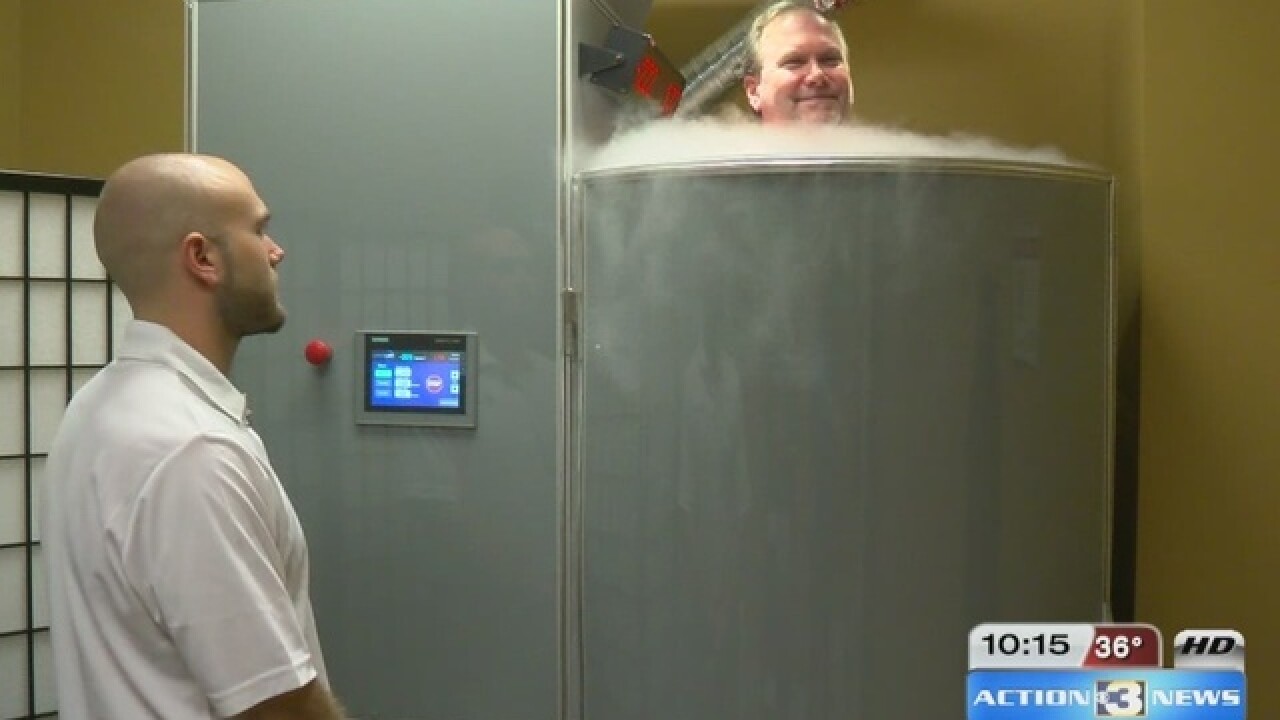 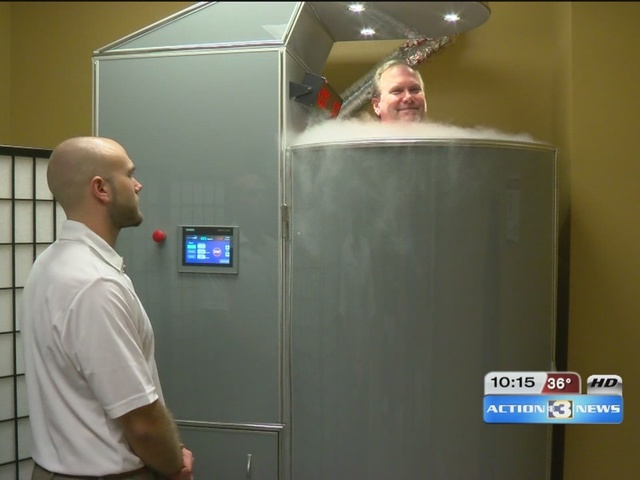 Three weeks ago, Jeffrey Daubs was in a motorcycle accident that left him pretty banged up.

“ I had a broke toe, sprained foot, sprained ankle, various bumps and bruises on my elbows and knees,” He said.

Then Daubs  found something that looks a little sci fi, and a lot high tech.

"I thought, well lets give this a try. I mean, i hurt almost all over,” he said.

NBA player Lebron james and Boxer Floyd Mayweather have done it for performance and recovery, replacing those after game ice baths.

Here's how it works, small areas or the entire body is exposed to an extremely low temperature for a brief time.

At the West Omaha Cyrotherapy one of two cyro spas in the metro.

Nitrogen gas fills the chamber, giving a cold shock to the system.

Daubs decribes it as halloweenish.

There's dangers and benefits to the sub zero temps, a Las Vegas technician died last fall after getting stuck in a cyrotherapy chamber.

While it's still considerably new.

Studies show cryotherapy has a variety of health benefits.

This one, from the September issue of the Journal of Neurological Science shows full body chambers are helpful for restless leg syndrome.

This one from clinical rheumatology shows improvement in patients with fibromyalgia.

KMTV’s Lindsey Theis wanted to give the couple of minutes of cold a try and see how it goes.

First, a trained technician takes your blood pressure, too high, and you can't cryo.

Then you change into a robe and thick socks, slippers and gloves...and then you step into the tank.

Every 15 seconds, the technician tells you to turn so your body is getting evenly blasted.

Theis said she was shivering, but the time went by quickly.

Before going into the tank, she said she had a headache.

After leaving, it was gone.

But it did come back about 30 minutes later.

As for Daubs, he's about half a dozen treatments in past his accident.

As he heals, he says he plans to continue cryo-ing for general body maintenance.

"I'm an older gentleman-ha, i have everyday aches and pains,” he said.

“And if i can come here and do this once a week and not have to deal with the stiff knees or the short back or the irritated elbows or whatever, i would definitely do this on a weekly basis."