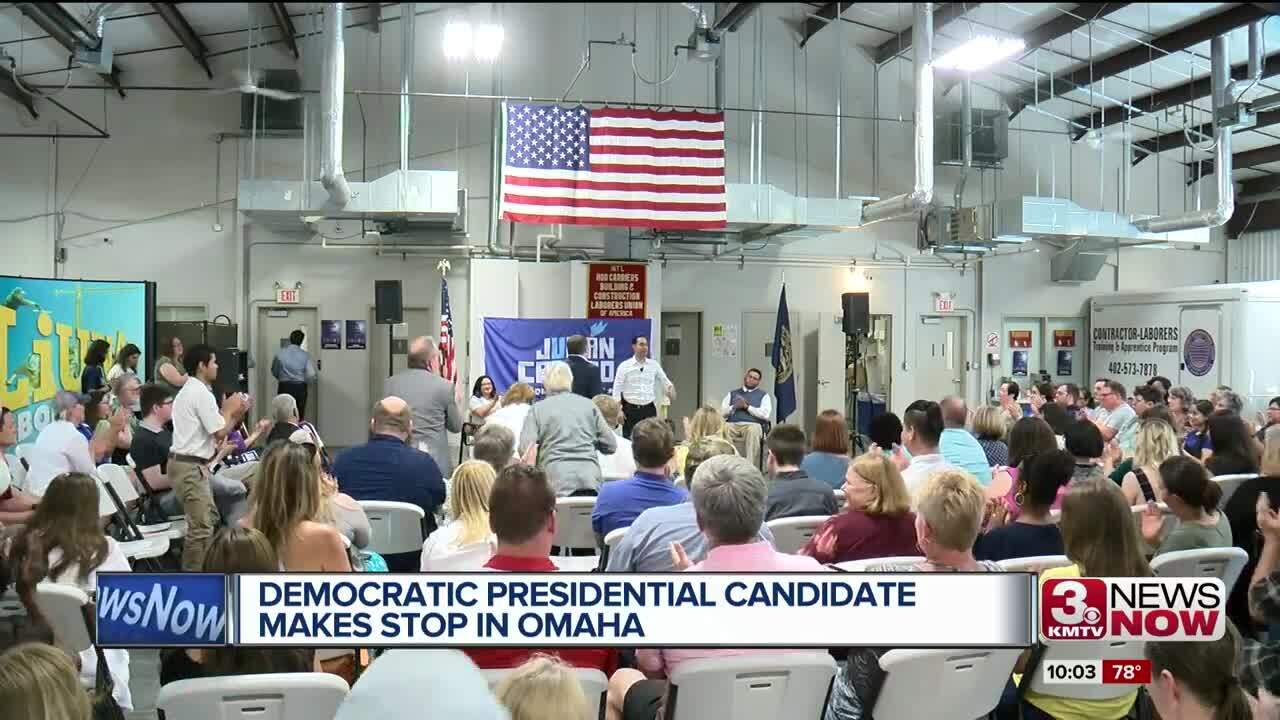 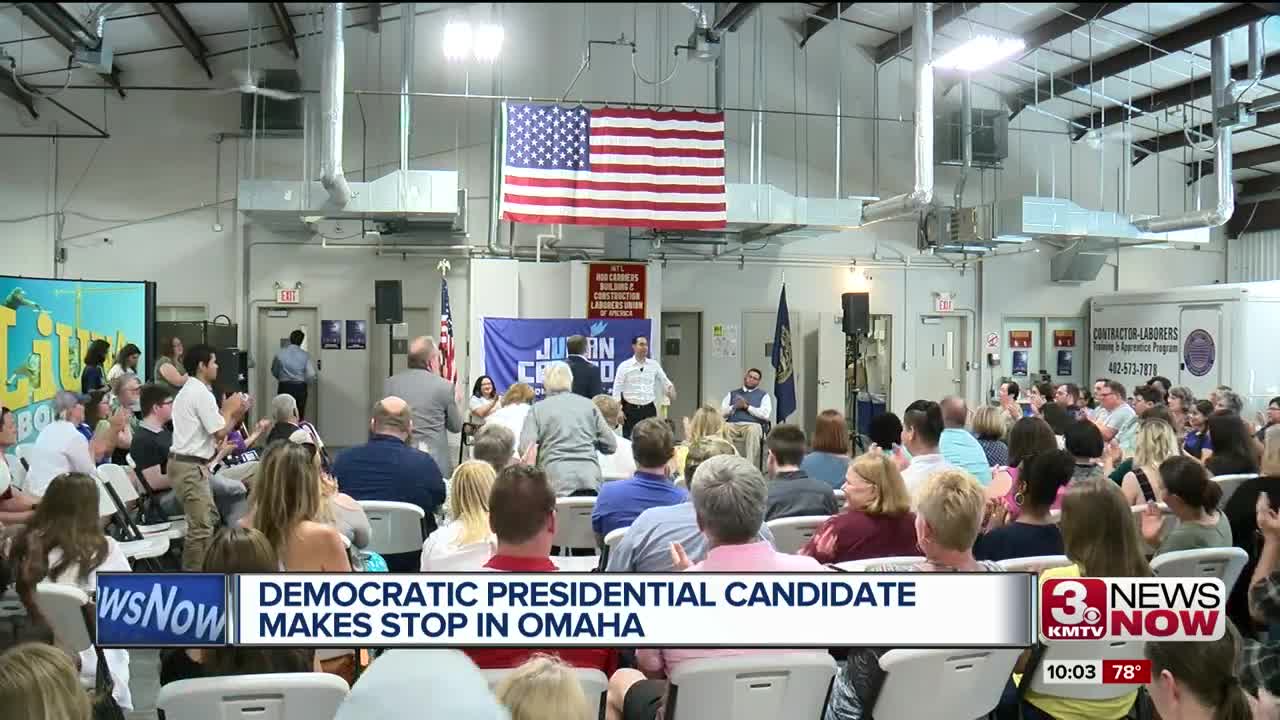 OMAHA, Neb. — The 2020 presidential election is more than a year away, but Democratic candidate Julian Castro is wasting no time.

"I'm running for president because I believe it's time for new leadership with a new vision for this country," Secretary Castro said.

The former U.S. Secretary of Housing and Urban Development wanted the opportunity to come to Omaha to speak to America's Midwest in the early parts of his candidacy.

"I'm one of the few so far that actually stopped in Omaha. I'm here in Omaha because I know that everybody counts," he said.

At a private event Sunday he spoke about issues that directly affect farmers.

Attendees also expressed their opinions on current leadership and issues they cared about.

"The problems that our farmers are having are created by Donald Trump and the Republican Party that allow them to have the tariffs and the trade war that's hurting our farmers," Nebraska City resident Clayton Christiansen said.

Castro spoke about the recent flooding as well and how his climate change policies would not only help farmers, not only the nation, but the world.

"If I'm elected, in addition to recommitting to the Paris Climate Accord which I think is easy, I would go back around the world to our allies and to our adversaries and try to get them to up their commitment to get to net zero more quickly," he said.

"Secretary Castro addressed a lot of issues that are pertinent to our nation right now particularly immigration," Chrisitansen said.

Castro's immigration proposal calls for repealing the criminal immigration law, which would treat border crossings as a civil violations instead of a criminal one.

"I've put out a bold immigration plan that says of course we're going to have border security but we're going to do this with common sense and with compassion instead of cruelty," Secretary Castro said.

Now that he's made his presence here in Nebraska, he's preparing for the next big event. The next Democratic Presidential debate will take place at the end of the month in Detroit, Michigan. Where just 60 miles north west of the city is Flint, Michigan, where the Flint Water Crisis affected an entire community. Castro says he's ready to take on that debate and other issues affecting that area.

"I hope you saw that I can hold my own on the debate stage. Democrats want someone that can go toe to toe with Donald Trump," Secretary Castro said.