Demonstrators flock to Lincoln in light of gun bill 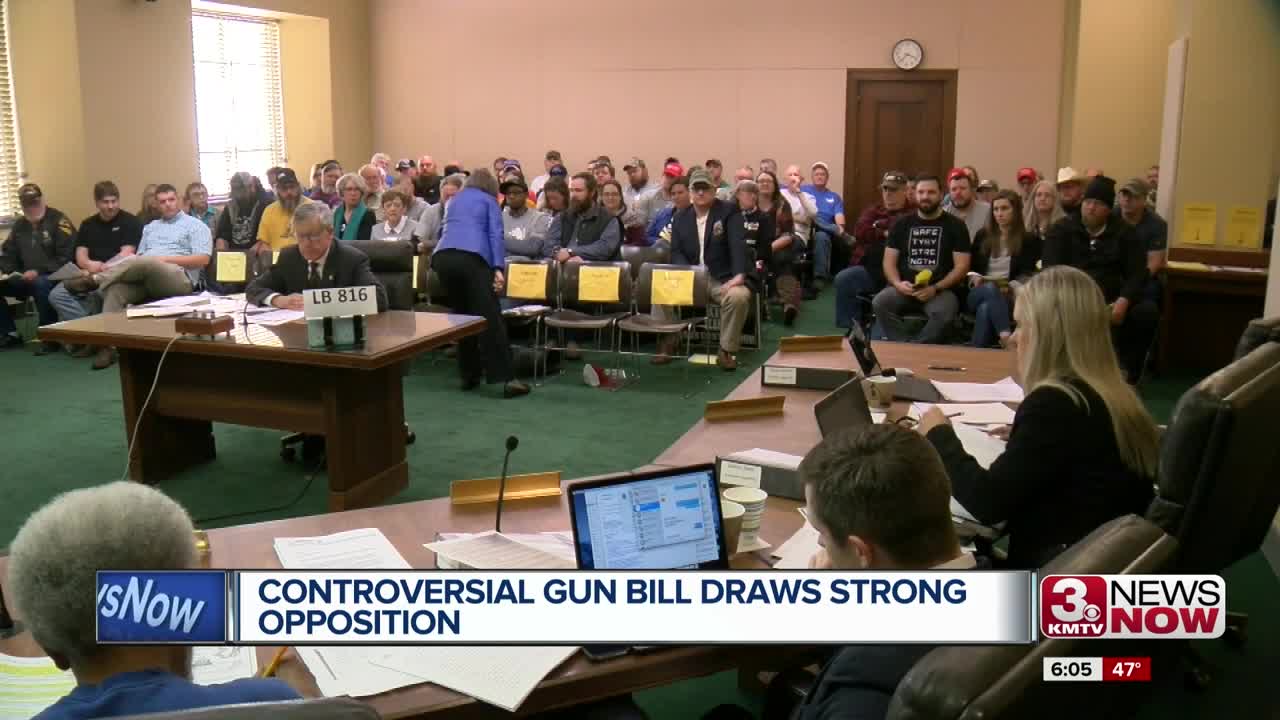 Why people are supporting or condemning the propsosed bills.

LINCOLN, Neb. (KMTV) — Hundreds of men and women swarmed the State Capitol to protest a number of bills they believe infringe on their second amendment rights. One of the bills they oppose had a hearing on Friday, LB816.

“The second amendment is not to be infringed on, we are homeland security,” says Frank Planner in opposition to the bill.

They came early and by the hundreds into the Nebraska State Capitol to tell the legislature what they thought about a gun control bill that had its hearing Friday.

“I think the message is pretty clear that shall not be infringed is non-negotiable,” says bill opposer Ian Kimmen.

“The number one thing we can do is reduce easy access to firearms,” says Nebraskans Against Violence demonstrator Emily Killham.

The current version of the bill requires anybody buying a handgun to wait at least 48 hours, and up to five days when getting a permit from the sheriff’s office.

“This short delay would give a person, intent on harm to himself or others, a window of time to reflect on the impulse to purchase a handgun and hopefully change their mind,” says McCollister.

The bill also calls for the cost of the permits to double from $5 to $10. Gun store owner David Pringle, who organized many of the protesters, said the sheriff purchase permits are ineffective and he does additional background checks already.

Pringle says, “If you think adding $10 is going to make this thing work, you’re crazy. It already doesn’t work. You should get rid of the other pistol purchase permit.”

Another part of the bill requires a licensed gun dealer to be present and do background checks at all gun shows. Those at the hearing say this is unnecessary as many that sell at gun shows already are licensed dealers.

“Most of them are FFL (Federal Firearm License) holders who do have to go through a background check,” says bill opposer Ethan Brunner.

Even though gun enthusiasts outnumbered those that supported the bill, Melody Vaccarro with Nebraskans Against Gun Violence told the senators not to be intimidated.