Demonstrators gather at OPD headquarters and Village Pointe on Sat. 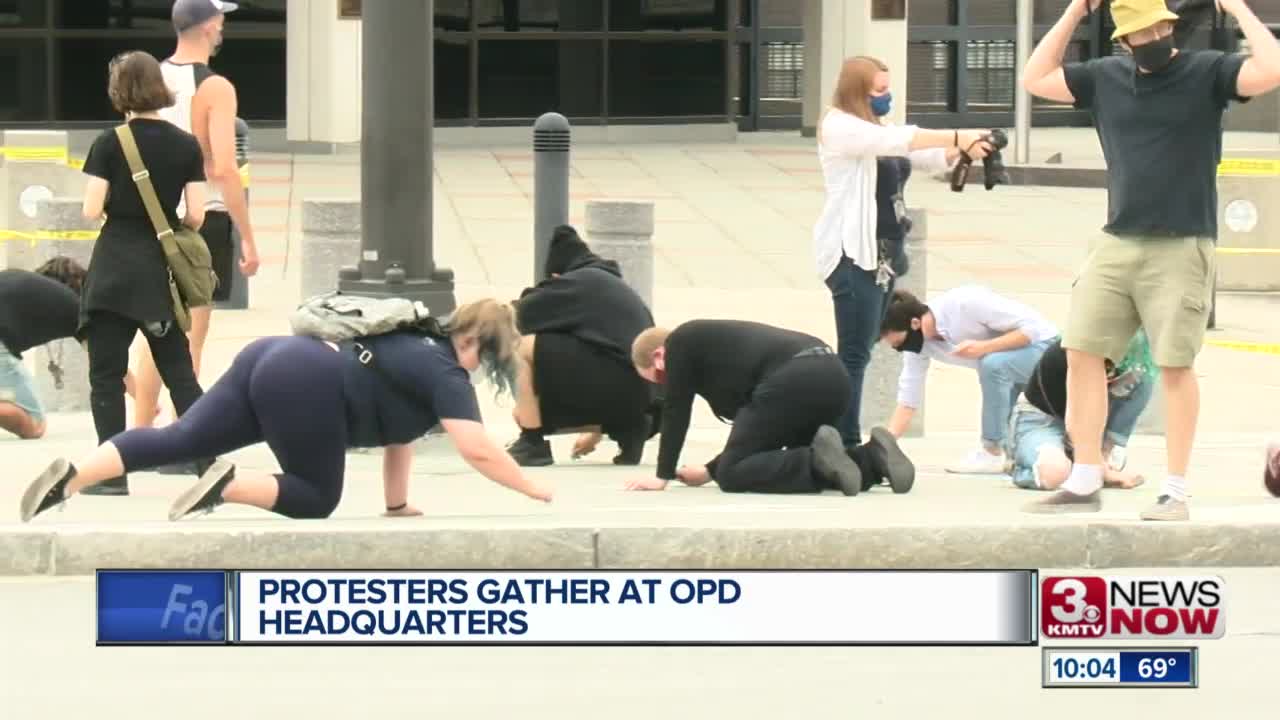 OMAHA, Neb. (KMTV) — On Saturday, separate demonstrations occurred at both ends of Omaha to show support for the Black Lives Matter movement and, as one organizer said, exercise freedom of speech rights.

The first demonstration occurred downtown at Omaha Police Headquarters at 505 South 15th Street. There, people in attendance used chalk to write messages aimed at police in response to a protest last weekend that ended with many being arrested. Event organizer Mark Vondrasek said the event was put together to exercise freedom of speech rights and to bring light to a movement that demands defunding police.

Why Vondrasek chose to organize the event:

A number of police officers observed the peaceful crowd as they wrote their messages and dispersed.

Across town, at Village Pointe, another demonstration came together in support of the Black Lives Matter movement. When asked why they had gathered, one of the demonstrators told us they thought it was time the message came to West Omaha. About 60-70 gathered at four corners of an intersection in the area.