Denison Man on the brink of death, recovers from COVID-19 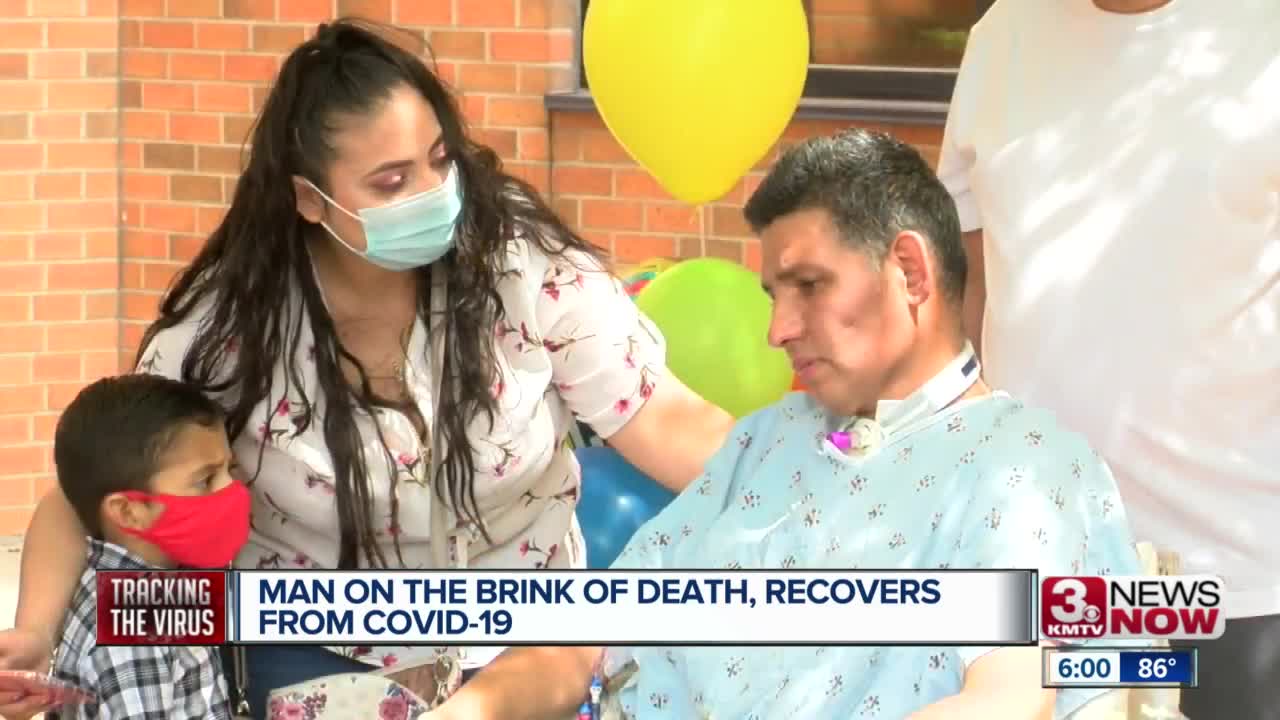 COUNCIL BLUFFS, IOWA (KMTV) — Morris Sandoval, of Denison, Iowa, was getting sicker and sicker from COVID-19. Late in late May, he was sent to Methodist Jennie Edmundson Hospital in Council Bluffs, with respiratory failure.

He was immediately put on a ventilator and critically ill for quite some time.

“Everything was a nightmare,” he said.

Things were not looking good.

“Telling you, you’re going to die, right in your face, you gotta say no,” he said.

Doctors were doing everything they could to save the 44 year-old man.

They gave him the drug Remdesivir, as well as steroids.

Eventually, they gave him a tracheotomy. Then they saw significant improvement in his breathing.

For the month-plus period Sandoval was at the hospital, he couldn't physically see his family, only being able to FaceTime them.

It made things tough on everyone, including his wife, Rebeca.

“I was thinking that probably he’s not going to make it,” says Rebeca Ayala, through a translator.

He said the worst part of his experience was not being to eat anything or drink water for 30 days.

He can now leave the hospital and be with his family, with his grandkids and extended family welcoming him Friday, and his children in New York, coming to see him soon.

He thanks Methodist hospital staff, who treated "like a family" during his stay.

He’ll now be going to hours of daily therapy.