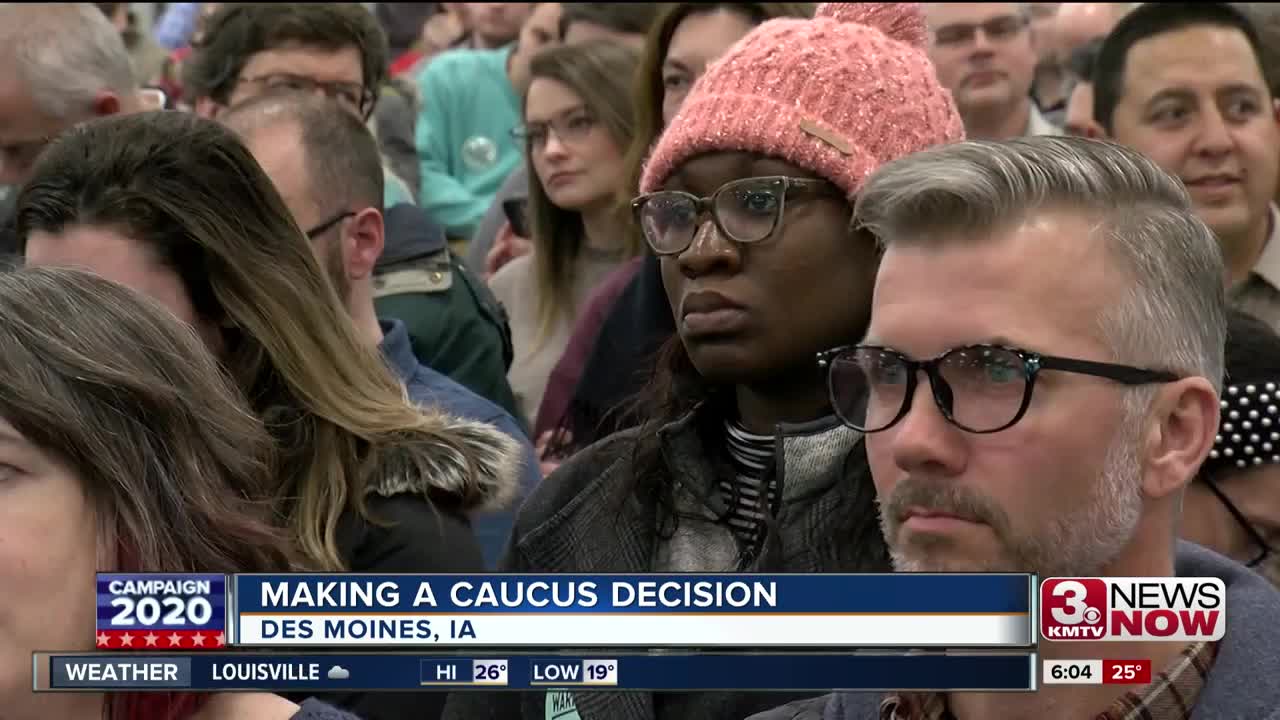 What it took to decide just one of the caucuses in downtown Des Moines.

DES MOINES, IOWA (KMTV) — When voters arrived at the caucuses at Des Moines University on Monday, just outside downtown, it was clear Bernie Sanders would be popular.

Supporters like his progressive policies, thinking he could fire up the base to beat President Trump.

“What Bernie Sanders does, is he brings in lots of young people that have never voted before and I think that is helpful,” says supporter Joe Metzger.

After the first count Sanders had a clear lead, then came the second and final rounds of voting.

“It got a little weird,” says Megan Schultheis, an Amy Klobuchar supporter.

Just three candidates, Sanders, Elizabeth Warren and Pete Buttigieg were over 15 percent and considered viable. That means supporters of Joe Biden and Klobuchar had to pick somebody else or join forces, which is easier said than done.

"Then we go together, then we flip a coin to see who gets the delegate," says attorney general Tom Miller, a Biden supporter who proposed a coin flip.

“No, no, no coin flips! That looks very bad,” says a different Biden supporter.

“I don’t think a coin toss is the most democratically fair way of deciding where to make a viable candidate,” says Sam Carns, a Klobuchar supporter.

Klobuchar supporters had an idea of their own. Go to Buttigieg, and overtake Sanders lead.

“But if we all go to Pete, we will lock out and Pete will win right? Bernie will lose?,” says a Klobuchar supporter.

Eventually many did make Buttigieg their second choice, edging Sanders on the final count in favor of somebody more moderate.

“It was not that Amy’s positions are that different from Pete’s, so it really was a matter of, who do we want to represent our party,” says Mary Riche, a volunteer for the Buttigieg campaign.

Most of the candidates came to Iowa for the caucuses and most of them will be in New Hampshire by Tuesday.