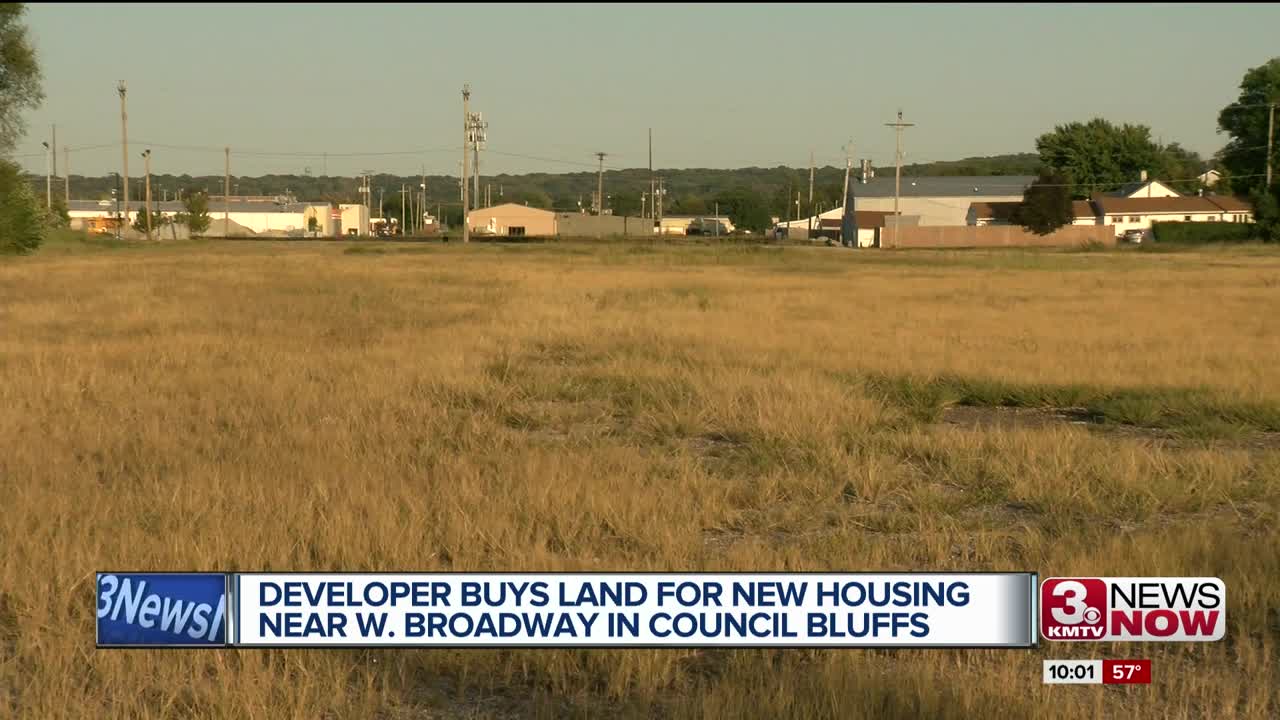 The land that used to be old Highway 6 didn't have any storm sewers and drainage issues persisted whenever it rained.

But after the city of Council Bluffs took over the land a few years ago and got state and non-profit money to fix the problem, they now are leaving it up to Knudson Development.

Their plan is to bring over 200 apartment units and 40 townhomes to the site.

"Development plans take a long time to come to fruition so it's maybe been 10-15 years but it's finally starting to happen,” says Matt Walsh, Mayor of Council Bluffs.

This is the first step to add new housing near the West Broadway area since the revitalization effort began. Mayor Matt Walsh expects this to come back up at council again in the next few weeks.

That part would focus on bringing affordable workforce housing to the area.

As for the long-term plans.If Omaha decides to add streetcars in the future. Walsh would like them to connect with Council Bluffs, taking them as far east as West Broadway.

"We could hook on to Omaha, give those people access, as far as UNMC and make that ground much more desirable."

Walsh also says he hopes when the project is done it brings more residents into his city, broadening the tax base and bringing down property taxes.