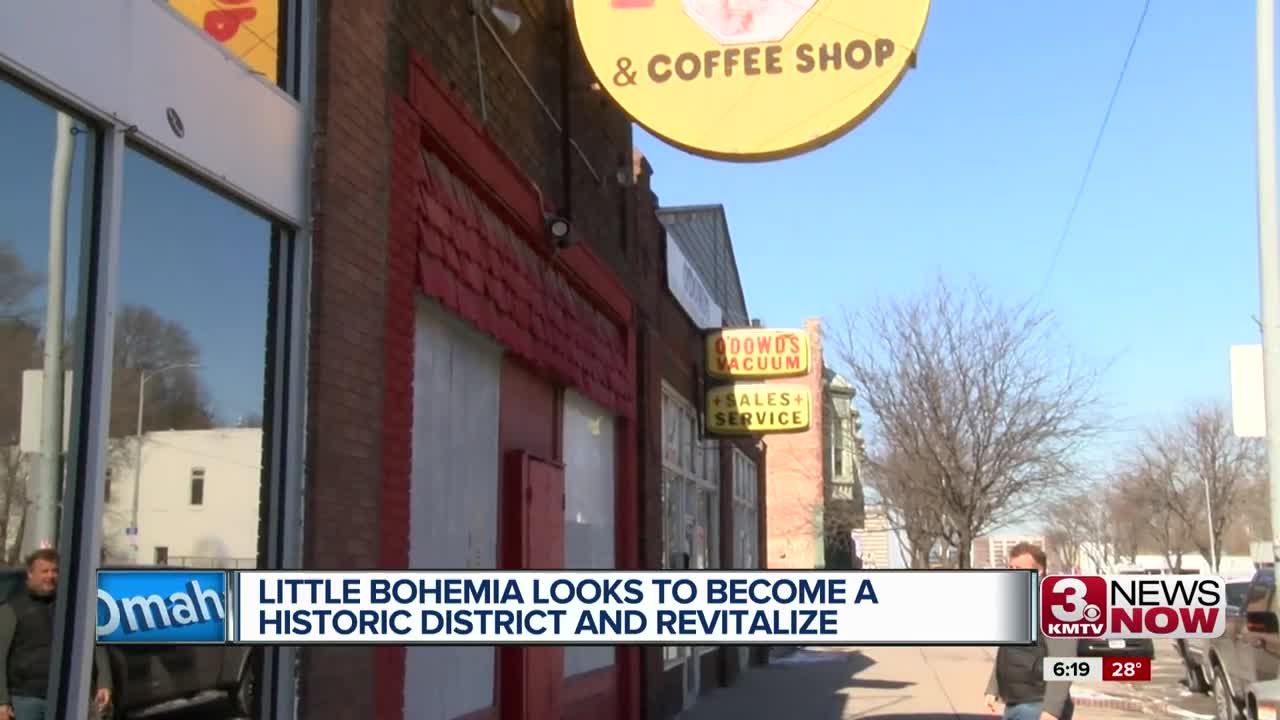 OMAHA, NE — Developers are hoping that Little Bohemia is approved to the National Register of Historic Places to help with the revitalization of old buildings.

When local restaurant owners tried to revitalize the old Donut Stop in Little Bohemia, a neighborhood just south of downtown Omaha, the project failed due to the building's old makeup.

"I think it's fairly well known now it's a lot harder to rehabilitate a 100 year old building than just build something from scratch," Tom Cleary, president of Clarity Development said.

Clarity Development owns the Donut Stop building and other buildings in the area. To revitalize such a historic area, additional money is needed. So local developers, like Cleary, are in the initial stages of applying the entire little Bohemia neighborhood to the National Register of Historic Places.

"We're trying to establish whether between the history of the neighborhood plus the integrity of the architecture, whether it then rises to the level of a National Historic District. If it does, then there is opportunities to use historic tax credits to help rehabilitate the buildings," Cleary said.

Those tax credits can help fix up the buildings without destroying the historical significance. The Old Market and Dundee are already on this list. However, the process to get approved is rigorous and can take months.

"The two primary things that we look at are the significance of the area, why is this are important or why is this individual property important? And then the seconds thing we look at is integrity. What we mean by thst is does it appear much as the way it did as when it achieved it's significance," coordinator for the National Register of Historic Places David Calease said.

If approved, Little Bohemia redevelopments can begin right away. Cleary says buildings like the Donut Stop, could be revitalized as restaurants, bars or office space.