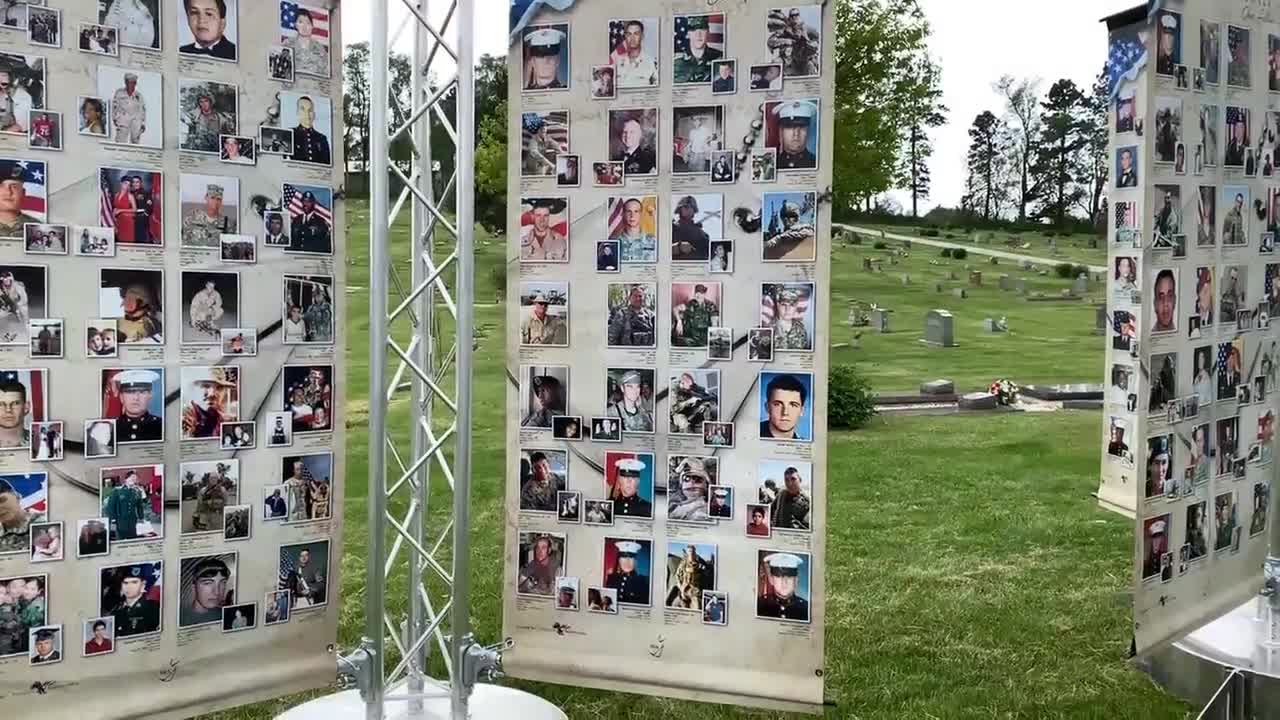 ELKHORN, Neb. (KMTV) — The faces of over 5,300 men and women who lost their lives in battle are on display in Elkhorn this Memorial Day Weekend.

The Tribute Towers were originally scheduled to be on display in Washington D.C. this weekend, but because of the coronavirus, the group brought the tribute back to where it started- right here in Nebraska.

Noala Frtiz joined the group, Remembering Our Fallen after losing her son, Jacob, in Iraq. His face is one of many that she sees each time she helps build the display.

“Actually, I almost get to see Jake more then I get to see my other two sons who are in the military," Fritz said. "It’s just that moment where I know I am remembering him, and everyone else that is helping us is remembering him.”

She has been taking the tribute around the country for 10 years, meeting other Gold Star Families and veterans who served alongside those on the banners.

“It’s a pretty emotional moment; usually if its a Gold Star Family, or if its a veteran that has served, I’ll take them to their hero, and I’ll say, ‘Tell me about them," Fritz said. "There’s some laughter, and there’s some tears and there’s some hugs. And there’s an appreciation for us doing this and making sure they are remembered.”

The beige banners represent those who died while overseas.

“We’ll get to a point where we’ll put up some that have a red background, and those are our military that we lost state-side or in training missions," Fritz explained.

The blue banners represent those who made it back from war, but succumbed to the wound of PTSD as Fritz says.

The display will be up at Reichmuth Funeral Home through the Memorial Day Weekend, where visitors can stop by and find their loved ones or just come to pay their respects.

"Along with celebrating with their families, I think they need to at least pause for a moment and thank our military that has been here," Fritz said.