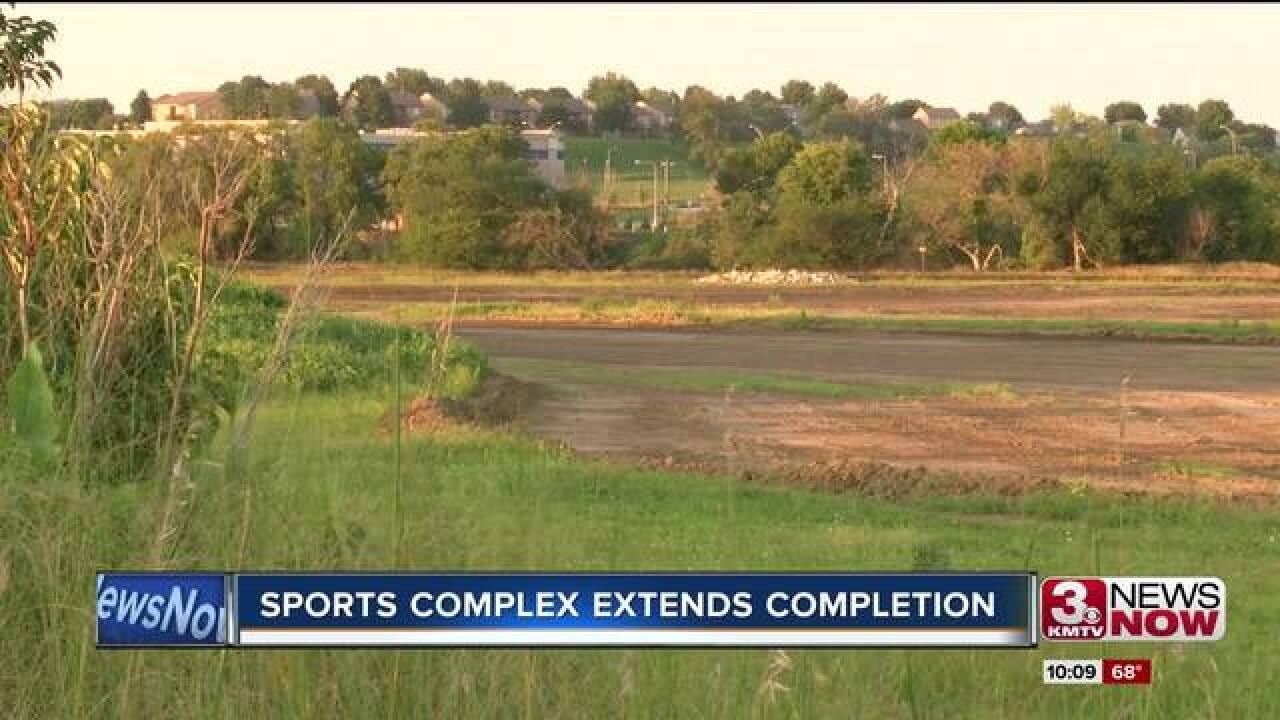 The Nebraska Multisports Complex originally faced an October deadline to qualify for a turnback tax from a nearby Costco store that would help pay for phase two of the project. Phase one is still in the works and the upcoming deadline is no longer an issue.

The first phase of the Nebraska Multisports Complex, which was supposed to be hosting events this fall, doesn't exist yet. Crews are still grading future soccer fields that may debut in the spring.

The Nebraska Multisports Complex Board says the plan all along was to build the public-private $125 million complex in phases.

Nearby businesses like summer kitchen are anxious for the business it could bring.. And wonder when the complex will finally host games.

"It would be nice if they put it in, it would be interesting," manager Linda Turner said. "But that's the thing, when will it happen?"

Phase two of the project is the Werner Natatorium, which will house the pool used in the 2012 Olympic swim trials.

The NMSC Board of Directors says once completed, that will activate the state turnback tax money from the Costco.

In May 2016, La Vista Mayor Doug Kindig said the complex would improve the city's economy.

The Nebraska Multisports Complex Board says the turnback tax money is guaranteed. They are still raising private money for the complex. The NMSC Board of Directors would not give any specific completion dates.