Dogs from Oklahoma coming to Omaha to be rescued 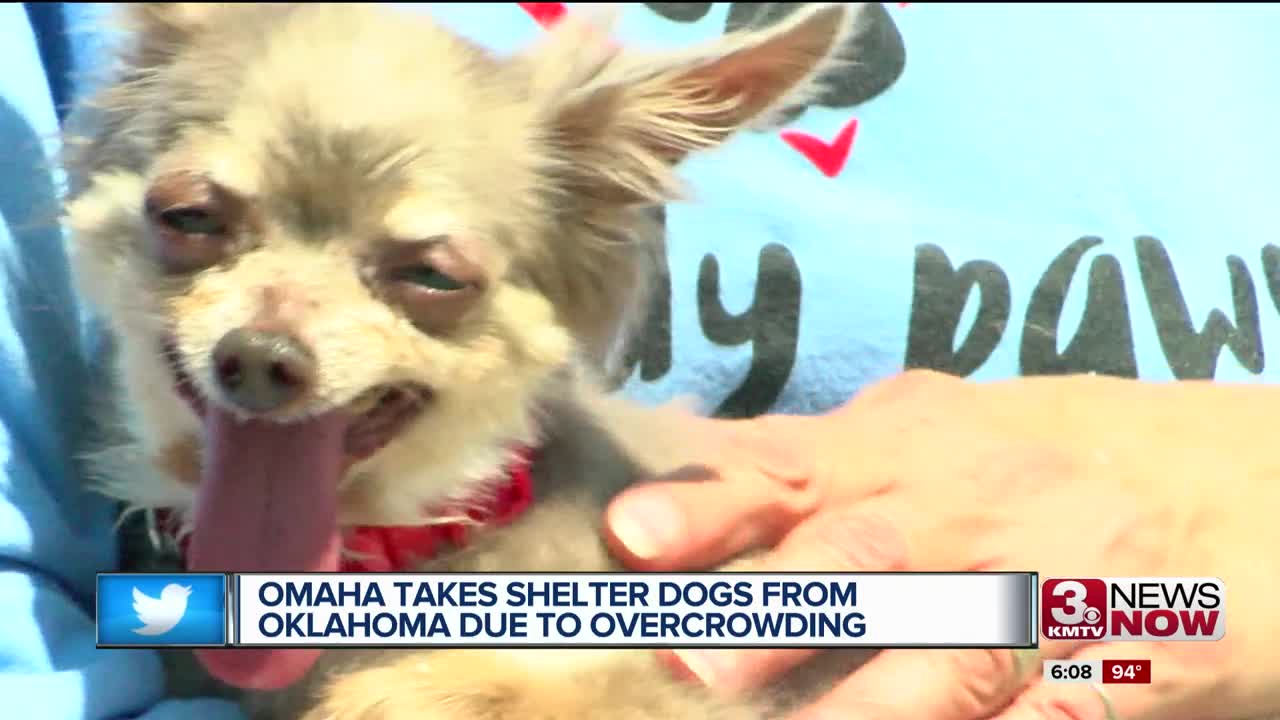 Dozens of pets will be making their way to the Omaha-area coming from Oklahoma, which is in the midst of an animal crisis. 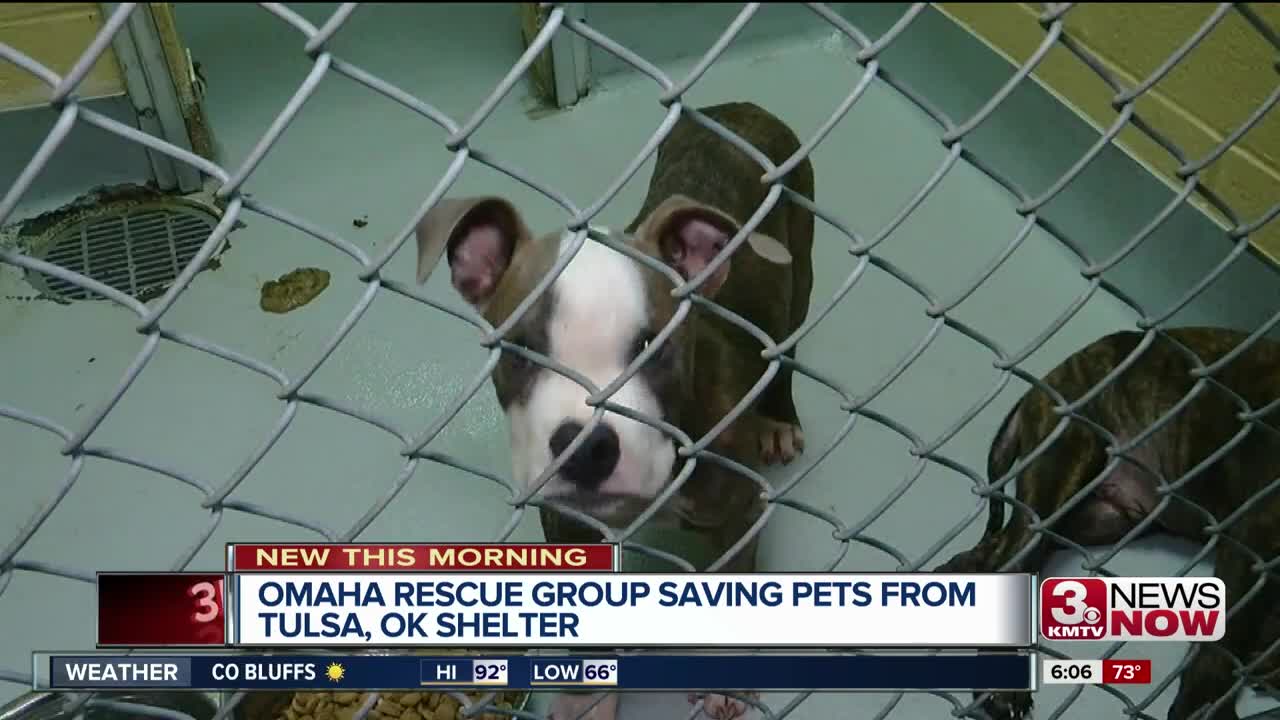 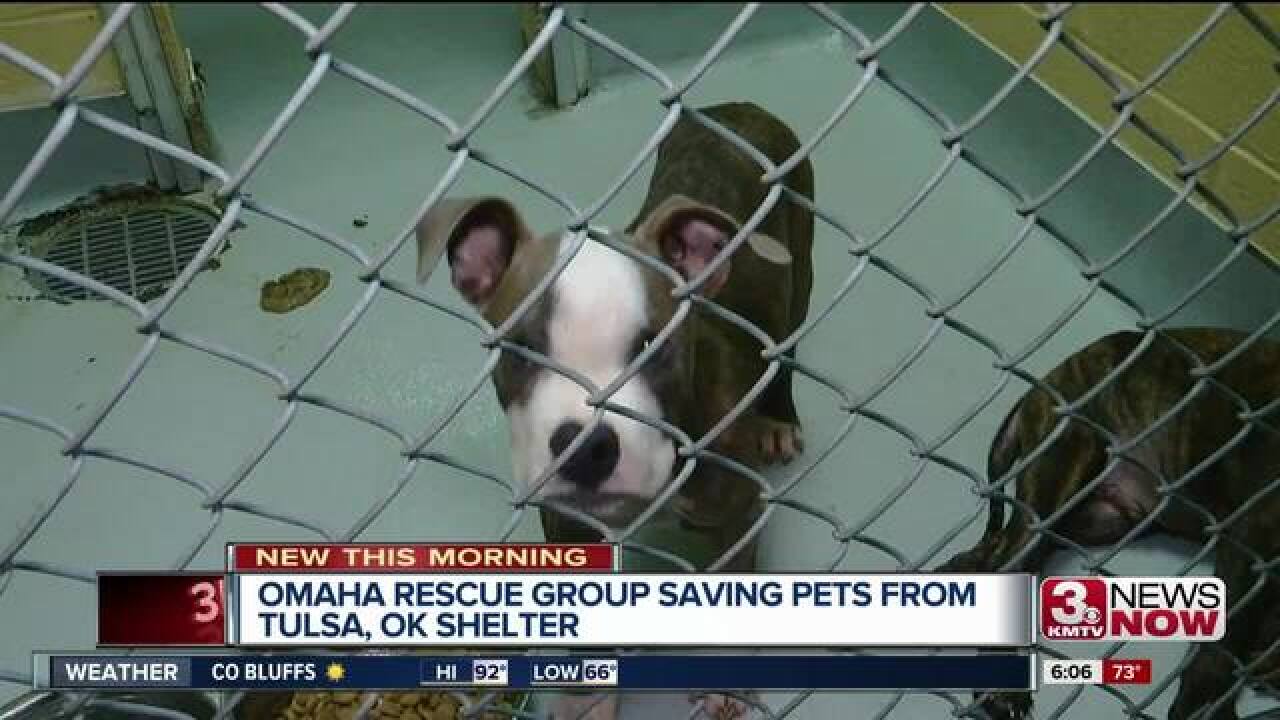 55 dogs were brought up from Tulsa and are now home with their foster families until they find their forever homes. The dogs are not currently up for adoption but are expected to be available by the middle of the week of August 13th.

Dozens of pets will be making their way to the Omaha-area coming from Oklahoma, which is in the midst of an animal crisis.

About one week ago workers Tulsa Animal Welfare in Oklahoma contacted Muddy Paws Second Chance Rescue alerting them to the alarming rate of euthanasia at the shelter. About one-third of the dogs who come into the rescue are euthanized due to the lack of space. "They were having to put down dogs at a rate of 20, 30, and one day even 50 dogs were put down just in that one shelter,” said Lorie Jenkins, spokesperson for Muddy Paws Second Chance Rescue. She said that's when she knew she had to step in. So, she rounded up four other rescues.

Little White Dog , All Hounds on Deck , 4 Luv of Dog , and Mending Spirits Animal Rescue all offered to take in as many they could. So far, between the five rescues, 40 dogs have been tagged to be transported from Tulsa to Omaha, the majority of them puppies.

Jenkins says overcrowding in shelters is common across Oklahoma and the South in general, but the problem can spread anywhere. "If you don't spay and neuter the shelters get full and this situation arises no matter where you are in the country,” said Jenkins.

Kandi Bremer with rescue group All Hounds on Deck says that the rescue business never stops. "Rescues like trying to empty the ocean with a teaspoon when there's a hurricane,” said Bremer. But rescue organizations say they wouldn't have it any other way. "Bringing them into our homes is the best thing we can do for these guys,” said Amber Shepherd, Vice President of Little White Dog. Because the more lives they can save the better.

The dogs will arrive in Omaha Saturday. They will receive any necessary medical treatment then they will go home with their foster families before being up for adoption.