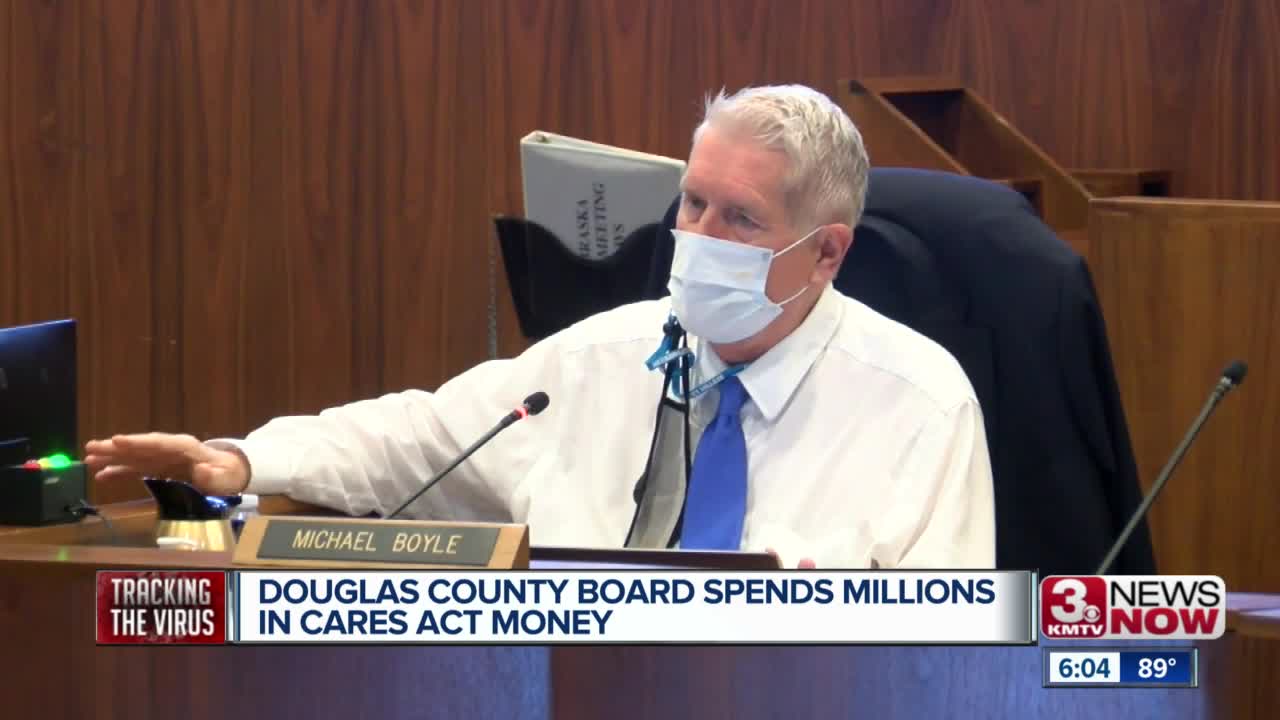 OMAHA, Neb. (KMTV) — The Douglas County Board has a lot of money to work with and they need to spend it by the end of the year.

Tuesday was no different, as they put over $4.3 million into the Douglas County Corrections Center. That gives them more PPE, sanitation equipment and extra tech, staffing, renovation and even medical costs, to be prepared if they treat inmates with COVID-19 at the jail.

“To develop capabilities to care for inmates on site that we previously would have to send people out for,” says corrections director, Mike Myers.

The jail money passed easily. More controversial was a request from the sheriff's office for a mobile command center, similar to what the Omaha Police Department already owns.

It would be kept and maintained by the sheriff's office and used by all first responders in the county.

The vehicle would also aid the health department during COVID-19 vaccinations.

“There are many people who live outside the city of Omaha that this would benefit, as well, as you said, that it could be used inside the city,” says Mary Ann Borgeson.

Douglas County Health Director Dr. Adi Pour said they could certainly use the vehicle, but a few commissioners, including Mike Boyle, were skeptical that it’s a need.

“This is just over the top, it’s absolutely, just a boondoggle, you see money out there. And everybody is salivating trying to get something going and have a lot of fun with this truck or something. I just don’t see it,” says Boyle.

Ultimately the vehicle was purchased.

The board also approved over $472,000 to the election commission, as they prepare for another election during a pandemic.

Kruse says they’ll be handing out masks and hand sanitizer to anybody that wants them, but they need about double the amount of poll workers they were seeking during the primary.