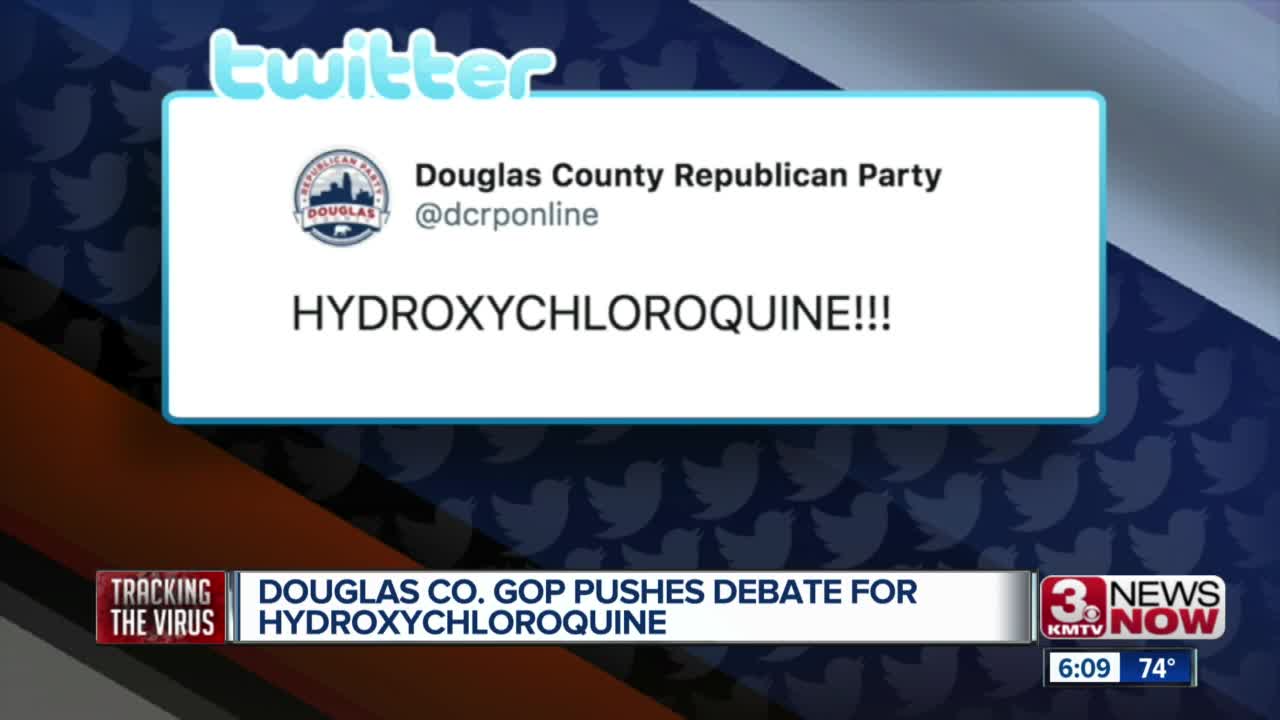 Why area lawmakers want a public debate on using the drug to treat coronavirus and what local health experts had to say.

“More than anything it’s just to start a conversation on it," says Derek Oden with the Douglas County Republican Party.

That’s why they sent out a simple tweet Tuesday, with hydroxychloroquine in all caps.

“There are now studies coming out showing that it could show some promise,” says Oden. “There is definitely benefits to hydroxychloroquine. Obviously, we wouldn’t tell people to take any sort of drug without consulting their physician so we’re not promoting it."

The majority of the medical community disagrees.

On Wednesday, Dr. Anthony Fauci, a member of the coronavirus task force, told MSNBC that every valid clinical trial “shows consistently that hydroxychloroquine is not effective in treatment of coronavirus disease.”

Dr. Mark Rupp, chief of the division of infectious diseases at UNMC, says doctors should not prescribe the drug to treat COVID-19.

“Although their heart may be in the right place in trying to help people, I think the data suggests they actually may be harming folks,” says Dr. Rupp. “To just go on a whim, on a hope, is not in the best interest of patients.”

That wasn’t the only tweet the Douglas County GOP pushed out Tuesday. They also retweeted a link to a video of doctors that disagree with Dr. Fauci and local experts.

Dr. Stella Immanuel spoke at the presser, saying “you don’t need masks, there is a cure." She doubled down on Wednesday and also tweeted that people "need deliverance from demon sperm.”

“We can all agree that that’s weird and wrong,” says Oden.

"I’m not pushing for what they’re saying, but I’m just saying clearly studies have shown there’s something to look at there," says Oden.

Dr. Rupp says people need to rely on trusted sources for information and the press conference with the doctors, while he hasn’t seen it, is disconcerting.

”I think this is unfortunately a disservice to the public, to patients. This is something that is very dangerous,” says Rupp.