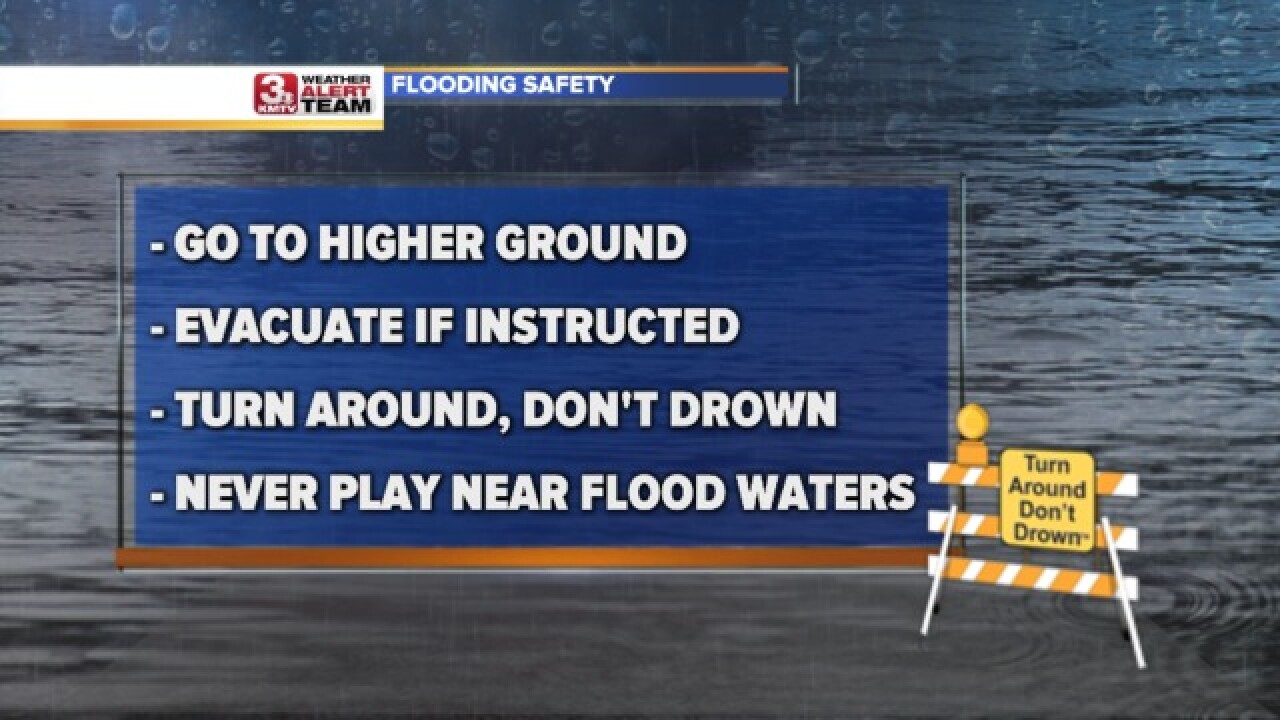 The National Weather Service has issued a flood warning in Douglas and Sarpy Counties until 11:45 a.m. Tuesday.

Residents should be prepared for excessive runoff from heavy rainfall as well as flooding in streams, urban areas, highway and overpasses.

Street flooding has been reported on 144th between Dodge and Pacific and near 90th and Western.

Be careful if traveling NB on 144th between Pacific and Dodge. Rain water pooling up in low spot. OPD & crew nearby to watch the area @3NewsNowOmaha pic.twitter.com/gzRG95E1AJ

Spotty showers are expected throughout the area Tuesday.