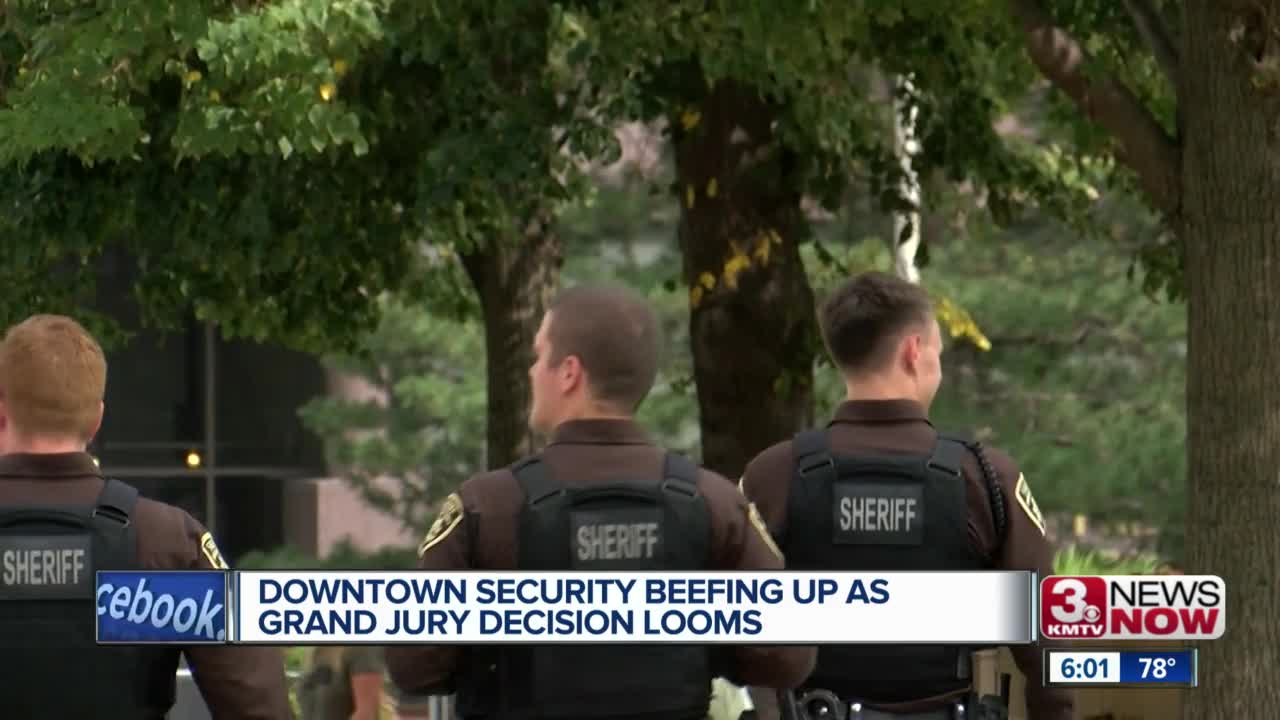 OMAHA, Neb. (KMTV) - The Omaha Downtown Improvement District Association issued a statement on Monday following reports of businesses in that area being instructed to close ahead of rumors about protests.

The rumors have swirled as a decision is pending from a grand jury investigation into the James Scurlock shooting death. The grand jury began meeting last week.

“This message is false and is being spread by agitators and fear mongers, not the police, not the city, not this organization, and not by the actual protest organizers,” said a statement issued by Omaha Downtown Improvement District Association Executive Director Holly Barrett. "We understand that there is a lot of fear and uncertainty right now. We ask everyone to stay as calm and levelheaded as possible, and to keep business moving as usual to the best of your ability.”

Barriers have been put up in front of entrances to the city-county building. Lt. Peterson with the Douglas County Sheriffs Office says they are simply taking precautions.

Some businesses near the courthouse, like The Verdict Bar & Grill, still closed early Monday.

“I have a lot of anxiety right now, that is part of the reason I came down," says James Koup, owner of The Verdict.

“Basically, I have to take it day by day, hopefully I have an establishment to come back to."

Scurlock was fatally shot in the Old Market on May 30 by bar owner Jake Gardner during protests following the George Floyd death in Minnesota. Douglas County Attorney Don Kleine originally announced he would not file charges, saying his investigation determined that Gardner felt his life was in danger. But, after complaints from citizens, Kleine said he would back the formation of a grand jury to further investigate.

It's unclear when the grand jury deliberations will be over with.

Barrett told 3 News Now that she expects there to be a protest after the decision. She says she's talking with the protest organizers, and that they said they're promoting a peaceful protest. But she also warned a subsequent protest "could get ugly," given the amount of anger in the community.