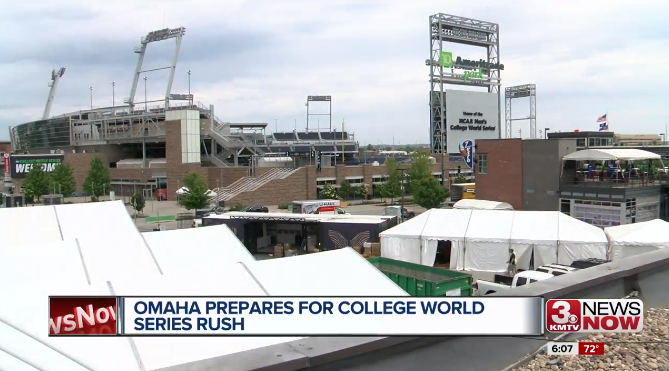 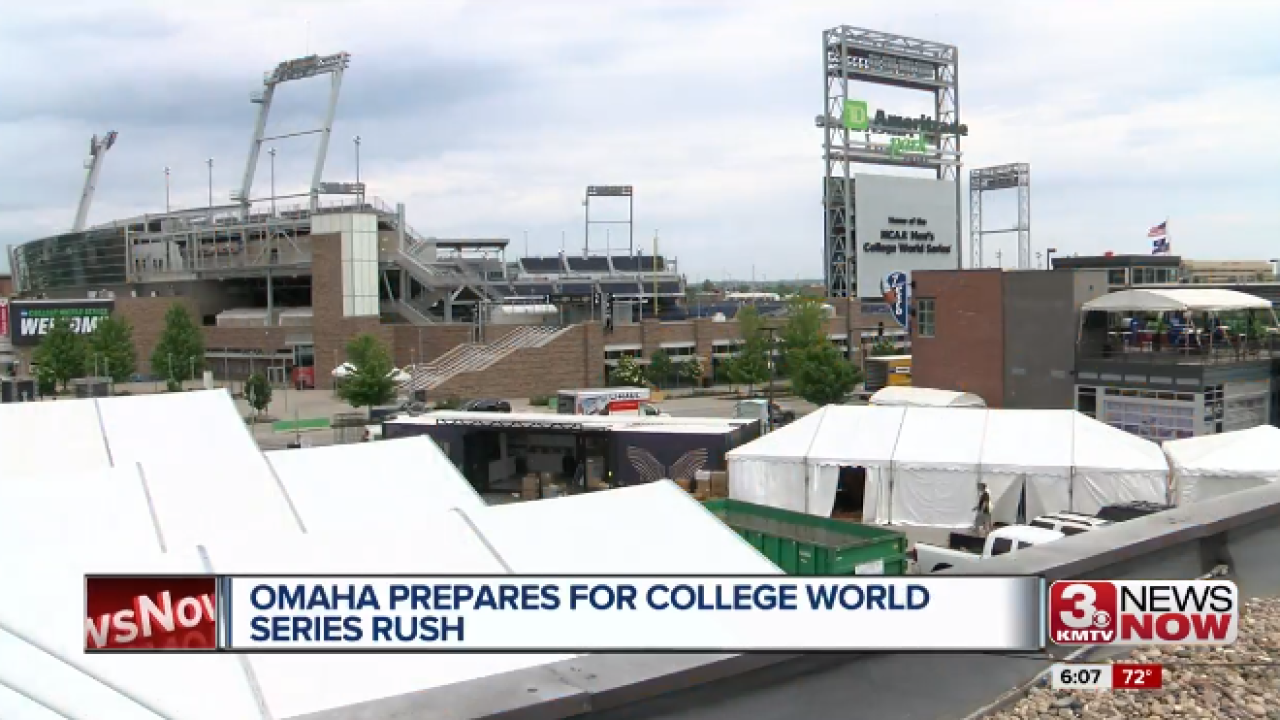 OMAHA, Neb. — The College World Series is just around the corner.

It's already pretty hectic in downtown Omaha with the setup of barriers and other safety precautions to get ready for the big event.

Local businesses and vendors are gearing up as well and the excitement is in the air. But, they still have a lot left to do before the series starts.

"Organized chaos, that's what we like to call it," Cindy Murphy, manager of The Mattress Factory, said.

The Blatt is located right next to TD Ameritrade Park. Their preparation has kicked into overdrive.

"So this is a big couple of days leading up to the College World Series, we're setting up all of our temporary beer stations, we've also taken over the former retail space Lids and we're converting it into a bar," Devin Jacobson, brand director of the Flagship Restaurant Group, said.

There's a nervous energy buzzing around downtown as thousands are expected to visit the city from all over the country. The preparations have to get done in a timely manner.

"So all the vendors are on cue," Jenny Peters, marketing director of the Omaha Baseball Village, said. "We've been communicating for months that they need to get here early, get set up and we plan to be open noon on Thursday which I think will be exciting."

"Having everybody come from near and far of course we always love our local fans and can't wait for everybody nation wide getting into Omaha," Murphy said.

A booming weekend for a booming city.

"North downtown just keeps growing so to kind of share it with everybody is an exciting deal," Murphy said.

It's just a few days now until things are in full swing.