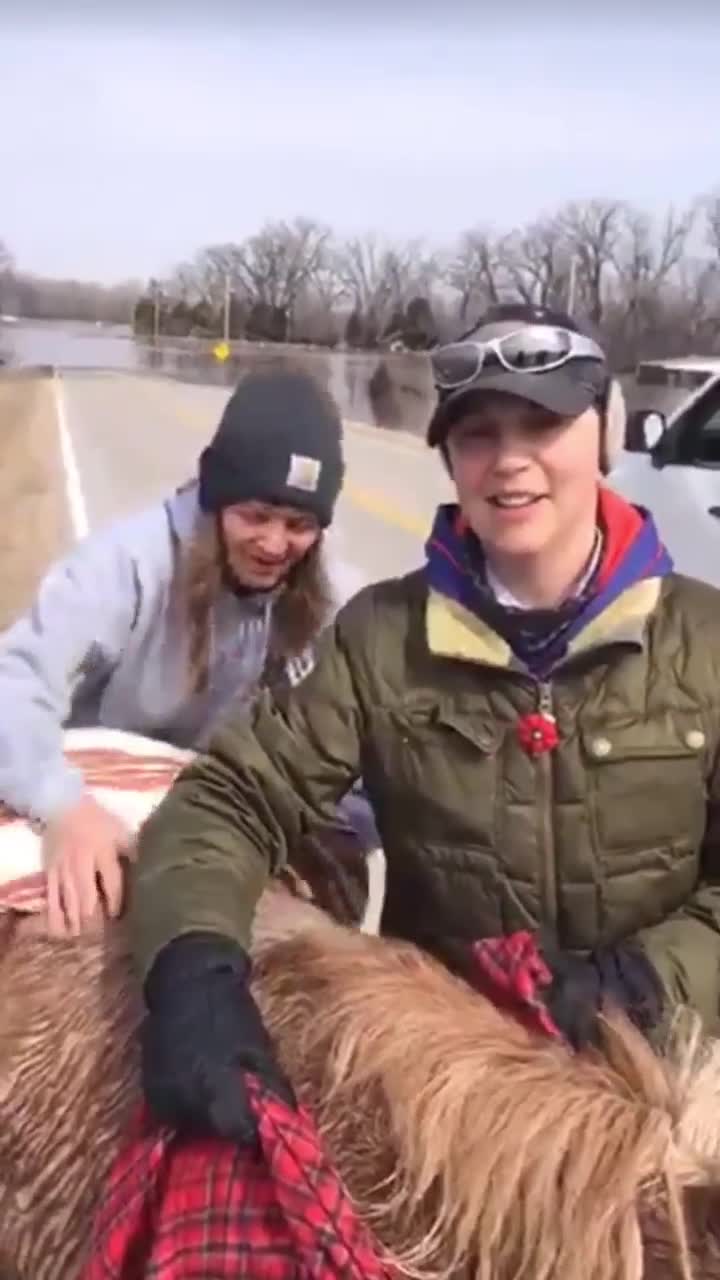 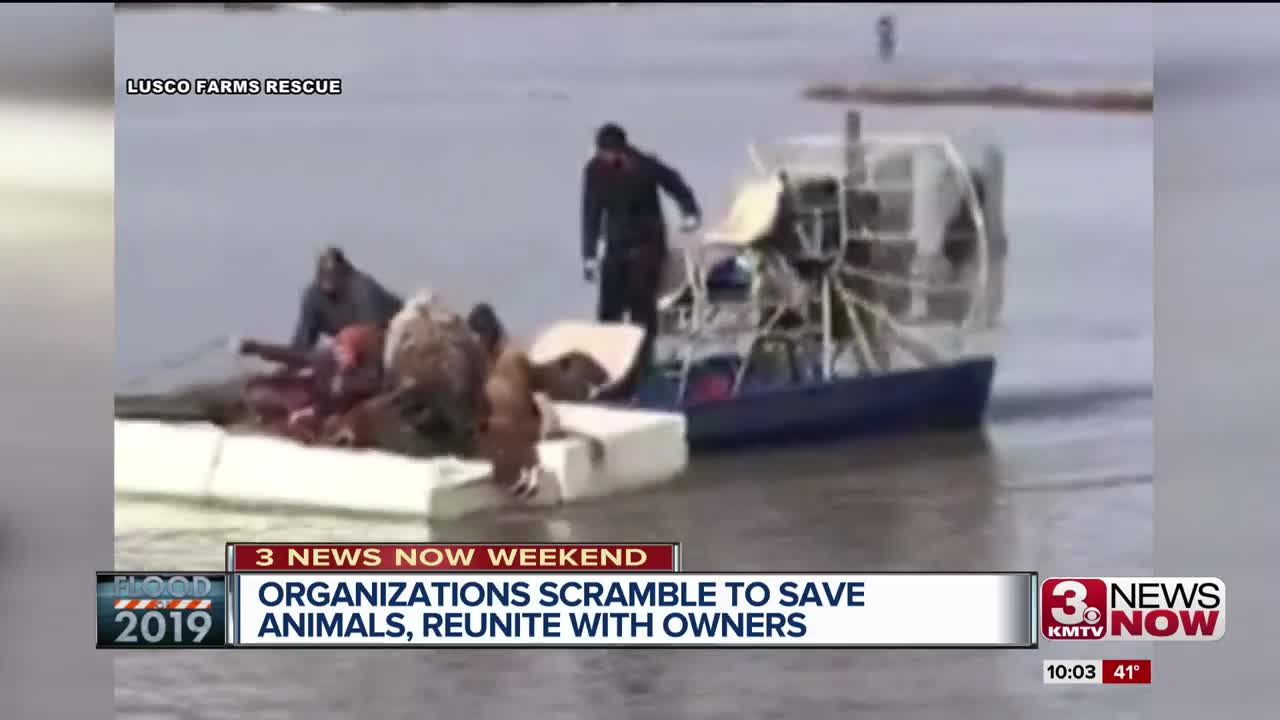 WATERLOO, Neb. (KMTV) — Rescue efforts continued throughout the weekend by several animal-care groups, as they worked to save animals trapped by flood waters. Lusco Farms Rescue from Malvern, Iowa streamed live video of rescuers saving donkeys and ponies from Sycamore Farms in Waterloo, NE on Sunday morning. (The video above is an edited version of several of their streams).

Scott Shehan with Lusco Farms Rescue said rescuers were also on scene from Victory Riding Academy, and Scatter Joy Acres. They saved two donkeys and six ponies. One donkey on the farm did not survive. Shehan told 3 News Now that the groups are standing by to rescue a herd of alpacas from another flooded area around 2 p.m. Sunday. The group is waiting for flooding to recede.

Shehan said the multiple groups started saving animals by air-boat around 11 p.m. Saturday. At first, groups tried to get water and food to the stranded animals, but Sycamore Farms decided to bring the animals to dry land.