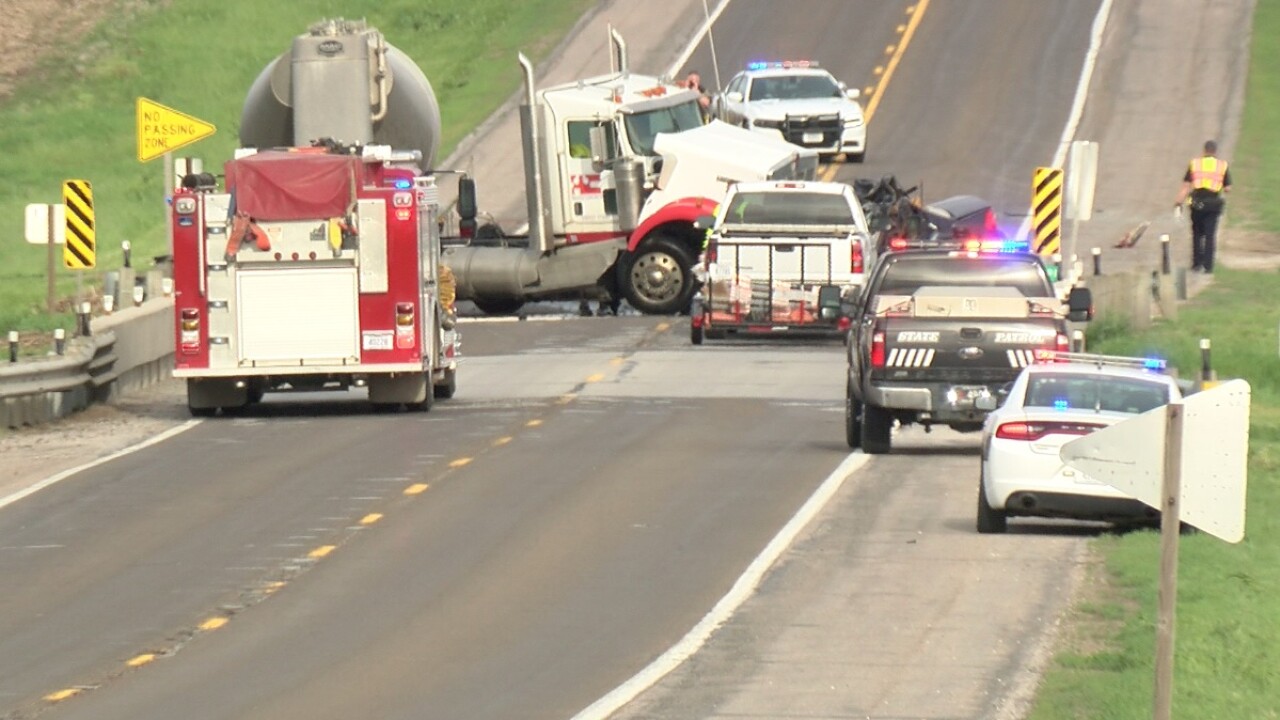 SAUNDERS COUNTY, Neb. (KMTV) — UPDATE: Saunders County Sheriff's Office identified Johanna Benting, 48, of Fremont, Neb. as the driver of the Chevy Malibu who was killed in the crash. William E. Schliefert, 79, of Wahoo, Neb. was the driver of the semi.

A crash involving a car and a tractor trailer in Saunders County left one person dead Monday morning.

According to the Saunders County Sheriff's office, a Chevy Malibu traveling westbound on Highway 92 collided with an eastbound tractor trailer near County Road 13 around 6:50 a.m.

The Malibu driver died at the scene.

The semi driver was treated and released at the Saunders Medical Center in Wahoo.

Witnesses tell authorities that the Malibu crossed the center line and struck the semi head on.

The crash is under investigation and an autopsy is pending.

The sheriff's office isn't releasing the victim's name at the request of family.