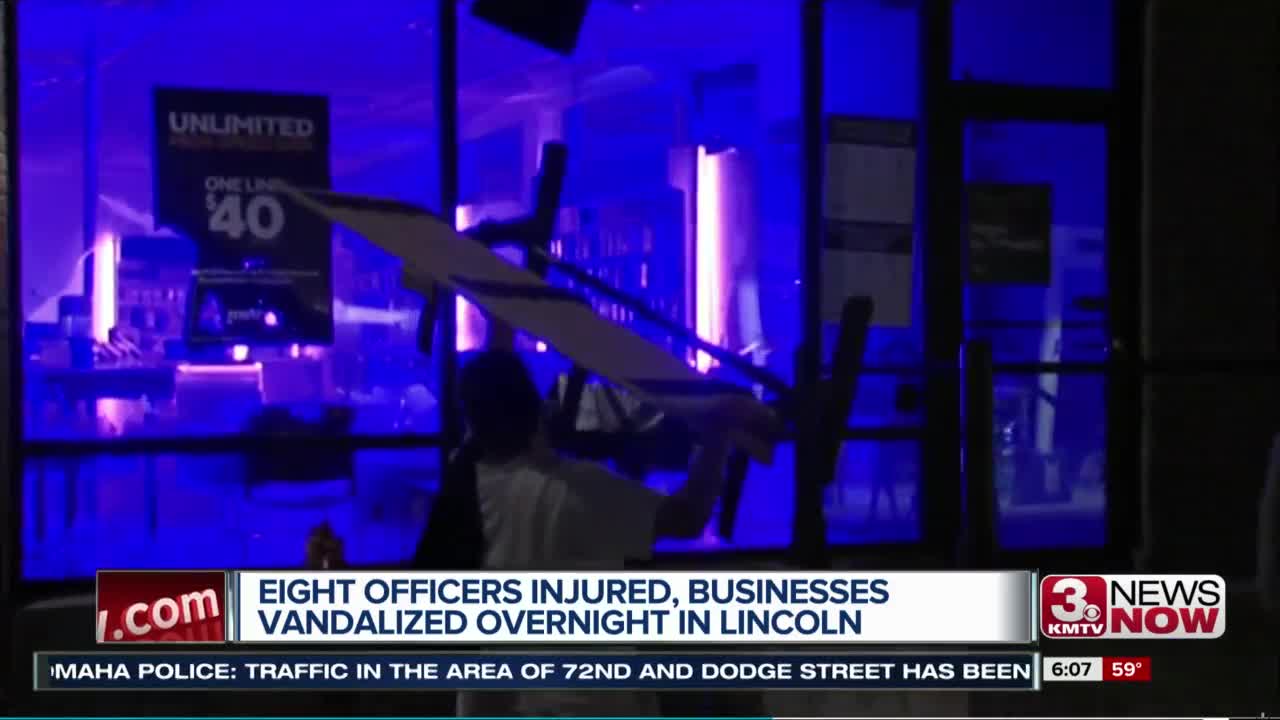 LINCOLN, Neb. (KMTV) — Protests in Lincoln followed a similar pattern to ones in Omaha on Saturday.

After hours of being peaceful, dozens of people began clashing with police near the area of 25th and O St around midnight.

Eight Lincoln police officers were injured and a woman also suffered injuries after getting hit by a truck leaving the scene.

All the officers are now home.

Three police cruisers were also damaged and three people were arrested for failing to disperse.

Lincoln's police chief and mayor both expressed support for the protesters' message... but not for the violent actions by a small group of people.

"Protesters in Lincoln have largely been peaceful and respectful and we fully support their calls for justice. Last night, however, anger turned into violence and destruction here in Lincoln. We can't have that - that honors no one,” said Lincoln Mayor Leiron Gaylor Baird.

"I'm outraged. Our officers are outraged by what occurred in Minnesota and they absolutely should use the opportunity to voice that going forward. But we can't let what happened last night by a very small group of people in Lincoln detract from that overall message and that's really what happening because this becomes the focus - the violence and destruction, not the murder of George Floyd."