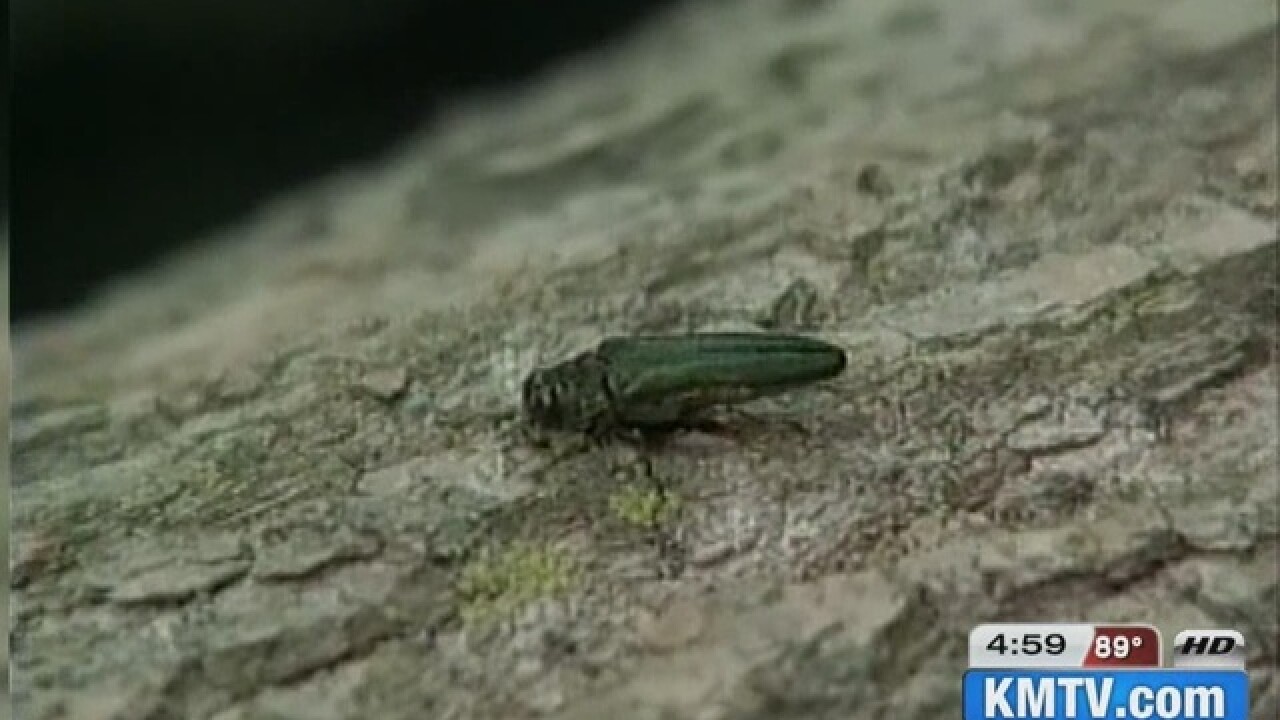 The Emerald Ash Borer has been discovered in Lincoln thanks to an EAB trap set up by the Nebraska Department of Agriculture.

“NDA and USDA (United States Department of Agriculture) staff set and monitor traps across the state looking for EAB infestations,” NDA Director Steve Wellman said in a release. “While it’s unfortunate we found EAB in Lincoln and signs of an infested tree in Fremont, it is not unexpected considering we have confirmed EAB infestations in Douglas and Cass counties.”
The Emerald Ash Borer was first located in Nebraska in 2016. The invasive species is found in the bark of ash trees and disrupts the flow of water and nutrients.
The release also states that Douglas, Sarpy, Washington and Dodge Counties remain under a quarantine order that was issued in 2016. Quarantines are in place to prevent humans from spreading the Emerald Ash Borer into non-infested areas.
Copyright 2020 Scripps Media, Inc. All rights reserved. This material may not be published, broadcast, rewritten, or redistributed.