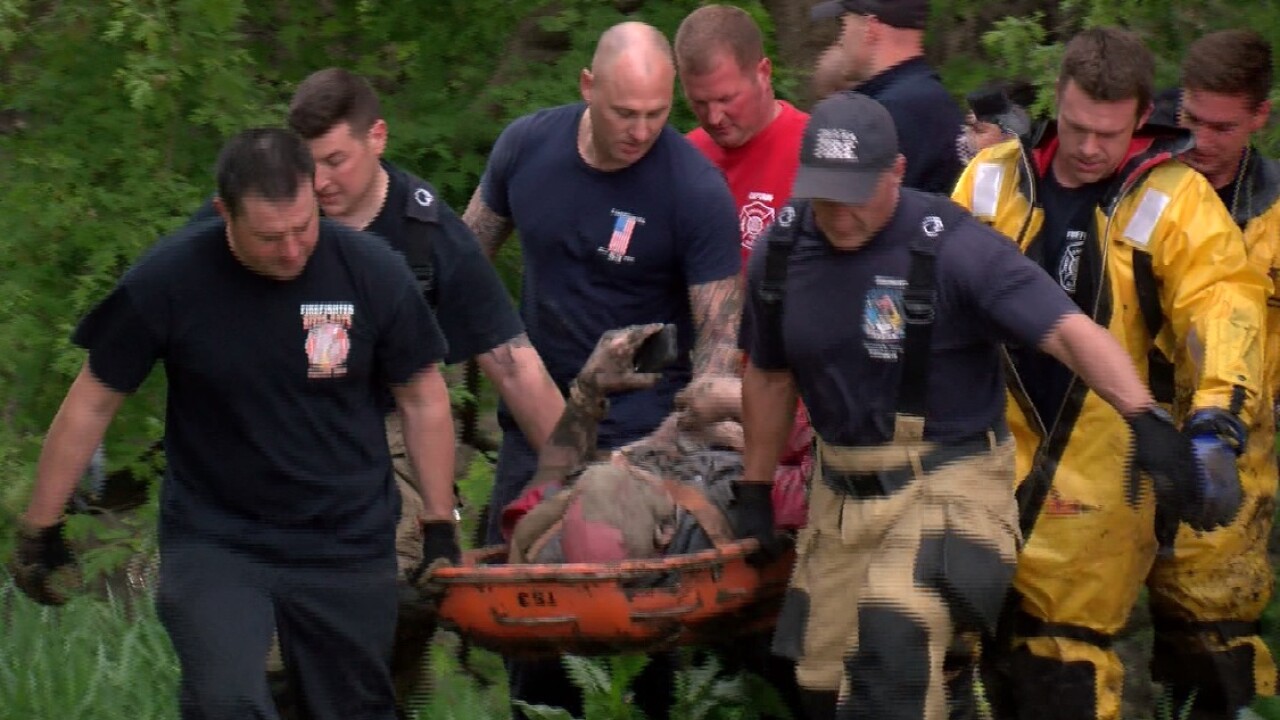 The call came in around 7 p.m. Tuesday. A nearby business noticed a vehicle parked in the area with no one inside of it.

When crews arrived, they found the man partially submerged in water, which was roughly waist-deep.

Sergeant Kevin Vodicka says the man told police he lost his phone, misstepped and fell into the creek.

"He had his phone clinched in his hands when they brought him up," Vodicka said.

The man may have fallen about 15 feet down an embankment. Police believe he was in the chilly water anywhere from a half hour to an hour.