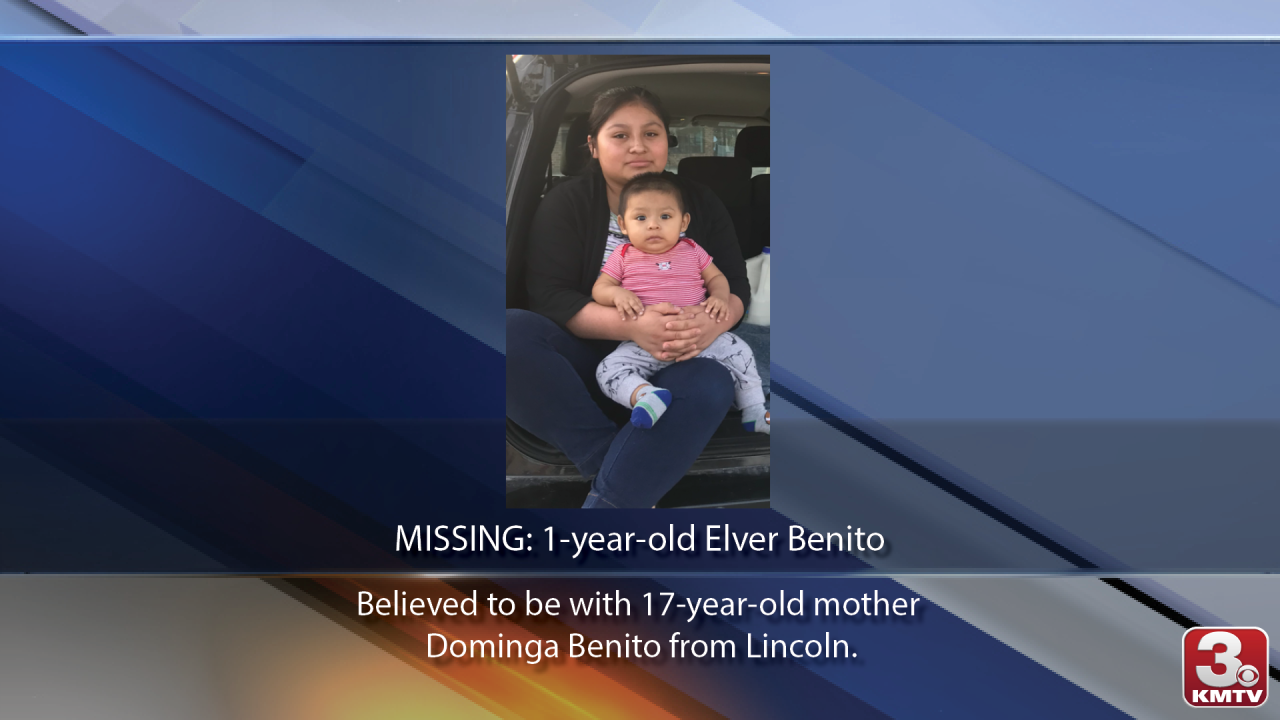 The Endangered Missing Advisory has been canceled; however, 1-year-old Elver and 17-year-old Dominga are still missing.

The alert was canceled due to the expiration of the 72-hour EMA activation.

The Nebraska State Patrol (NSP) has issued an Endangered Missing Advisory to determine the whereabouts of 1-year-old Elver Benito.

Elver is described as a Hispanic male with short black hair who was last seen wearing grey sweats and a grey sweatshirt.

He has a medical condition that puts him at risk, according to NSP.

Elver is believed to be with his mother, 17-year-old Dominga Benito.

Anyone who knows of their whereabouts is asked to contact the Lancaster County Sheriff at 402-444-6500 or call 911.

.@LSOnebraska reports that they may be in the Fremont area and are not in a criminal danger, but Elver’s condition requires regular treatment by medical professionals.

Please share the EMA to help locate them. Thank you.