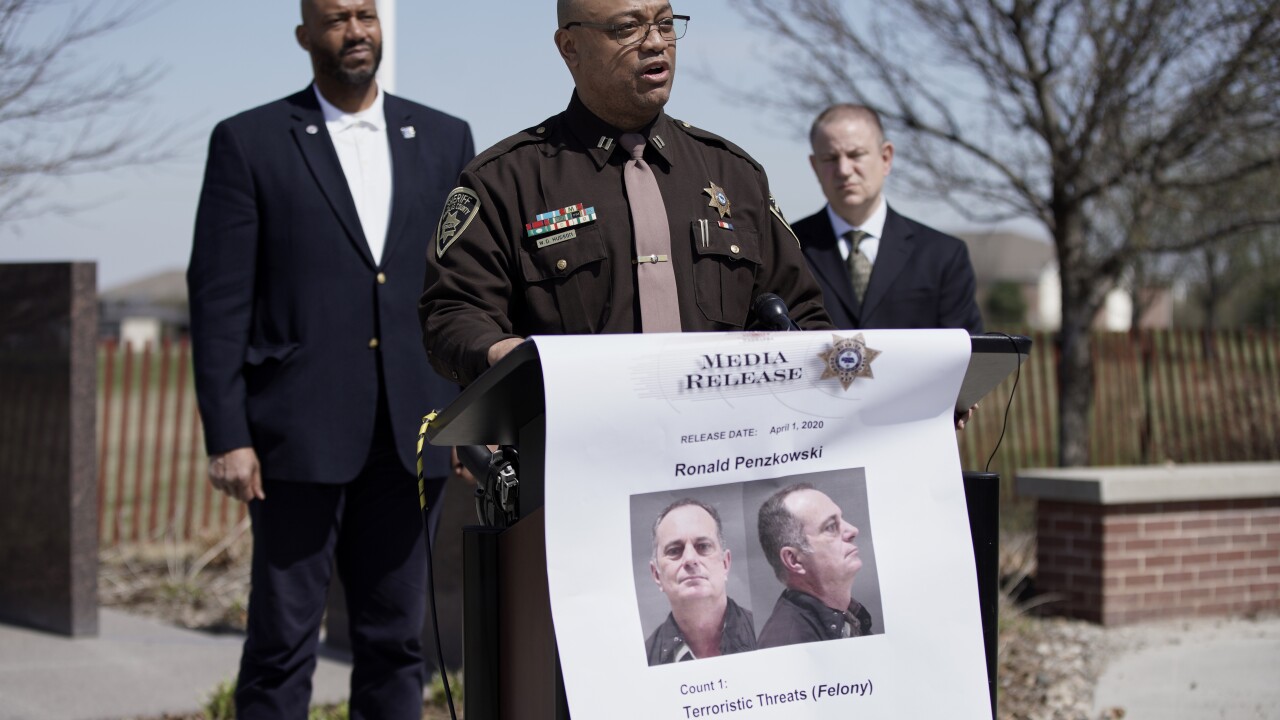 Nati Harnik/AP
Capt. Wayne Hudson of the Douglas County Sheriff's office speaks at a news conference in Omaha, Neb., Wednesday, April 1, 2020, to announce that Ronald Penzkowski a former director of communications for then-Omaha Mayor Jim Suttle a decade ago, was arrested on suspicion of making terroristic threats and stalking. Investigators say that Penzkowski sent at least 15 email messages to Dr. Adi Pour, Douglas County Health Director, threatening to "lynch" her and to cut her throat. The emails made reference to public health measures, such as stay-at-home orders intended to slow the spread of the coronavirus. (AP Photo/Nati Harnik)

OMAHA, Neb. (AP) — A former Omaha TV weatherman and mayoral spokesman has taken a plea deal months after being accused of emailing death threats to a local health department director over her handling of the coronavirus outbreak.

Ronald Penzkowski pleaded no contest Friday to two misdemeanor counts of third-degree assault. He initially had been charged with a felony count of making terroristic threats. Penzkowski was arrested March 31 after investigators said he sent several emails to Dr. Adi Pour, threatening to “lynch” her and slit her throat.

Penzkowski once worked as a spokesman for former Omaha Mayor Jim Suttle and as a weatherman for Omaha television stations under the name Ron Gerard.