Fairbanks Atty: No intent to kill during initial encounter with Condoluci 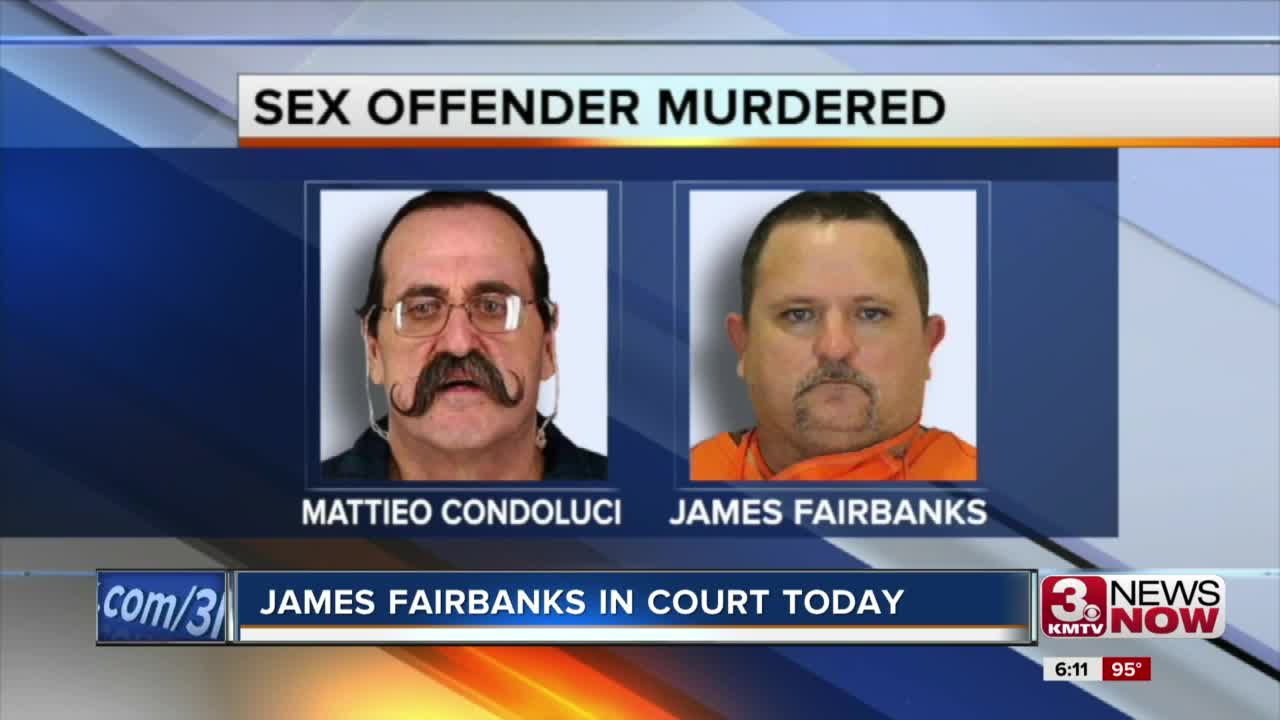 Fairbanks, 43, is being held without bond at the Douglas County Jail on 1st Degree Murder in the death of Mattieo Condoluci. He was found dead inside his home on May 16.

His attorney, Steve Lefler, says he can’t give specifics, but say when Fairbanks first encountered Condoluci he didn’t intend to kill him.

In an email to media, Fairbanks allegedly confessed saying he saw Condoluci staring at kids in his neighborhood and couldn’t let him offend again.

“We have a pretty good defense to this particular charge, not just the Mr. Condoluci was a bad guy so he should die. That isn’t going to be our defense,” Lefler explained.

Judge Russell Bowie denied a change on bond request by Lefler so Fairbanks is still being held without bond at the Douglas County Jail.