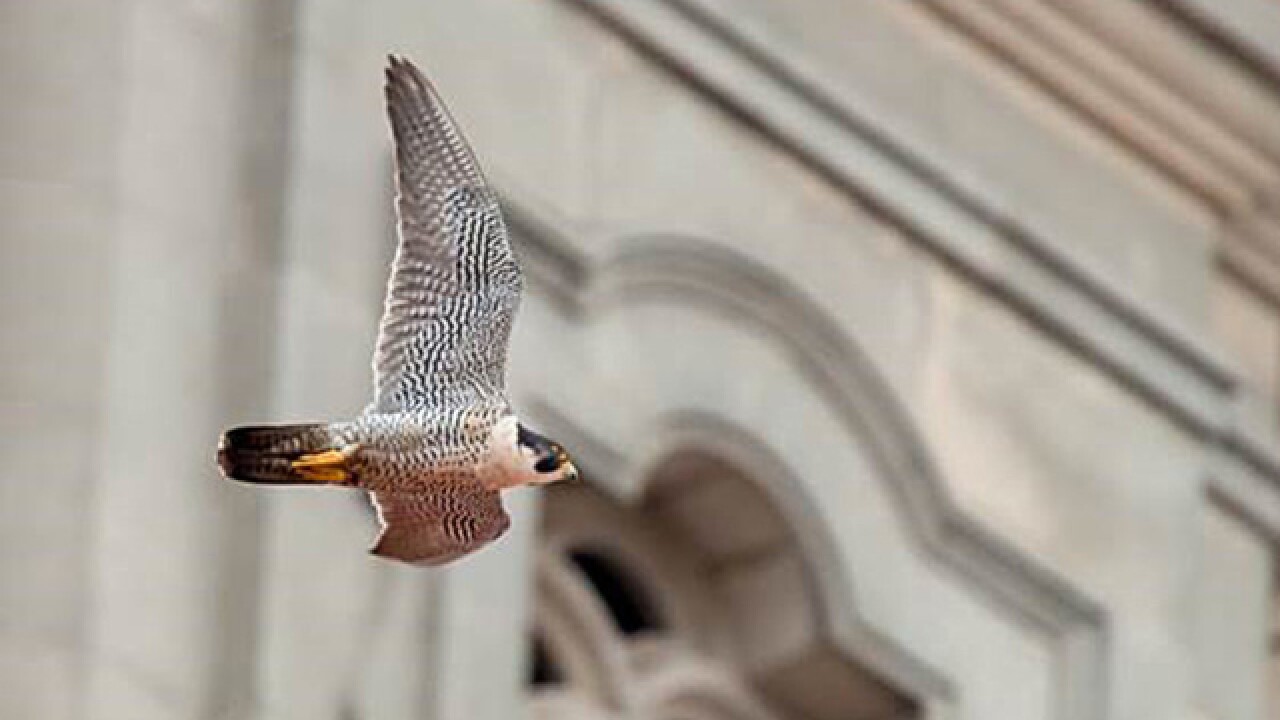 OMAHA, Neb. (KMTV) — For the past several years, Mutual of Omaha has been home to a mating pair of peregrine falcons.

Sierra and Orozco have made their home in a nest on the roof of the east side of Mutual's main building. Orozco, the male, hatched at the State Capitol in Lincoln in May 2015. He is named after fallen Omaha Police Officer Kerrie Orozco. Sierra, the female, hatched in Kansas City and is about four years old.

This year, four chicks joined their family, hatching around May 10. Three of the four took their first flight attempt several weeks ago, but it didn't work out, as the trio was rescued on the sidewalk in front of Mutual's complex. The chicks were taken to Fontenelle Forest's Raptor experts. However, the fourth sibling was successful on its first flight and can be seen flying around Mutual's campus.

The remaining chicks are expected to be released from Mutual today around 2-2:30. Representatives from Fontenelle Forest and Mutual of Omaha will be on hand.

We were there as they were introduced to the world: