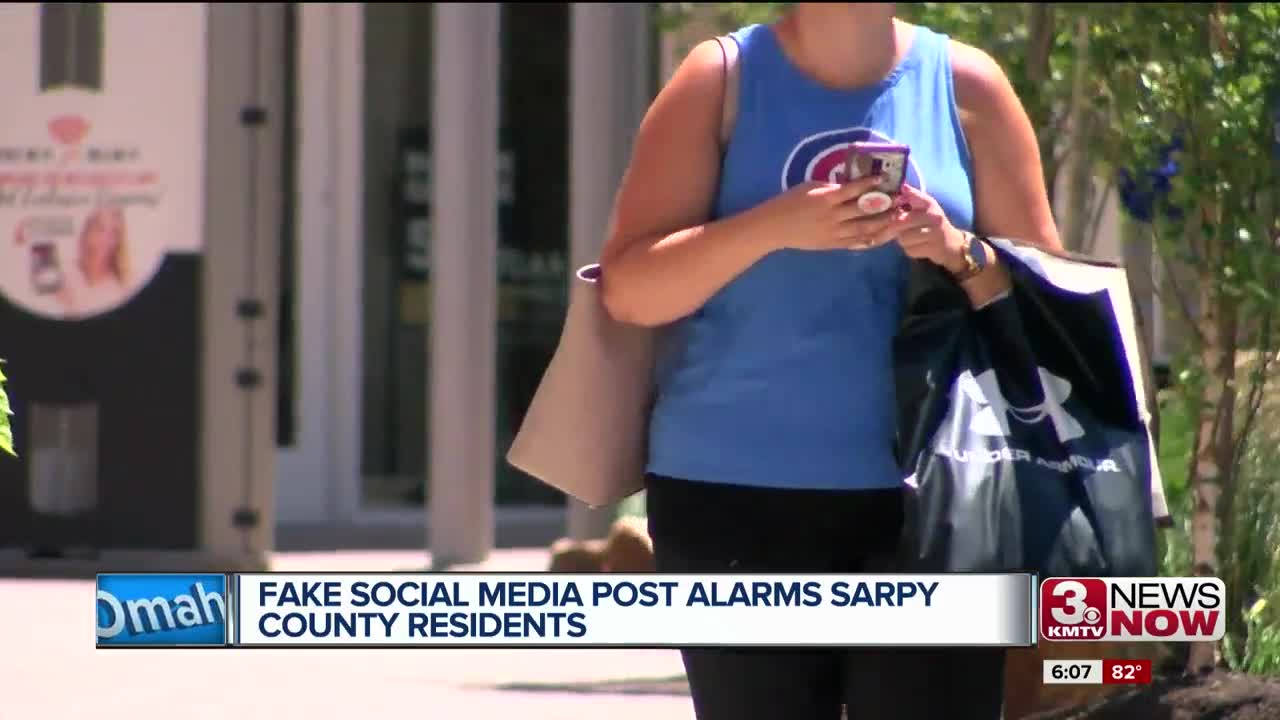 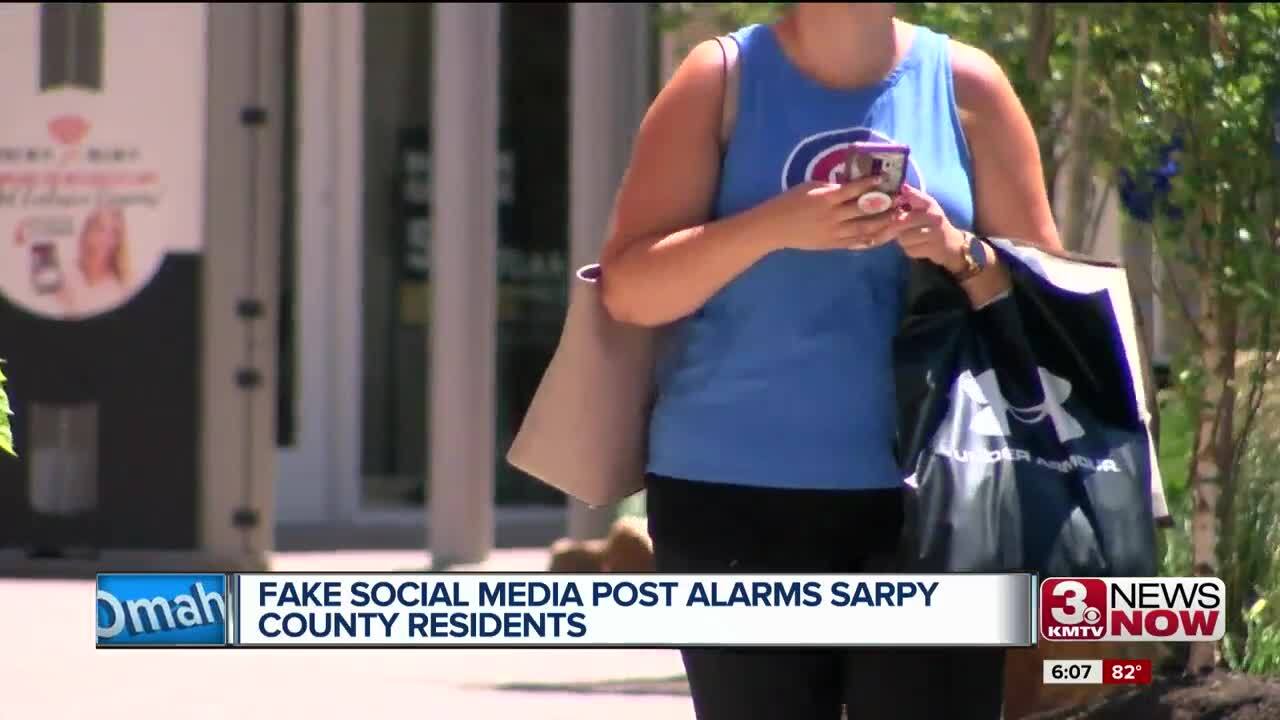 SARPY COUNTY, Neb. — The power of social media is undeniable. However when used incorrectly, it can have lasting, negative effects.

"Make sure you're getting your information from a trusted source. And if a friend is posting something on Facebook, definitely ask them where they found the post before you go ahead and share it on your own post,"Nebraska Crossing Outlets Chief Marketing Officer Johanna Boston said.

A recent Facebook post has been circulating around Sarpy County, stating that someone is injecting women with syringes filled with drugs in the bathrooms at Nebraska Crossing Outlets.

"So we found out about it around 11:30 p.m. last night from one of the local residents from Gretna that actually saw it posted on Facebook and she was kind enough to share it on Facebook messenger that we got a jump start on making sure that people knew the rumor was not true," Boston said.

It's getting shared, people are even commenting that they've seen women being taken, getting sex trafficked.

"As far as this particular social media post goes, we don't have any reason to believe that it occurred," Lieutenant Greg Monico from Sarpy County Sheriff's Office said.

And this isn't the first time that this has happened. The mall says a similar false social media post was being circulated around the same time last year.

"Last time it went out on Twitter, the initial response from that person that it happened somewhere, they assumed that it happened here. And they actually did it for more shock value than to really think about the consequences of what they were saying," Boston said.

It's part of a national problem. Fake posts being circulated, alarming communities about public safety.

"It looks like it dates back to 2014 and it's actually been recirculated in different districts throughout the United States. There's one in Dayton, Ohio, there's another one in San Bernardino, California and now it looks like it's popped up in Sarpy County," Lieutenant Monico said.

Most people that share these types of posts are just trying to warn their friends and communities about possible dangers. But again - always check the source of information, because is cases like this, the only real thing that is dangerous is false information.