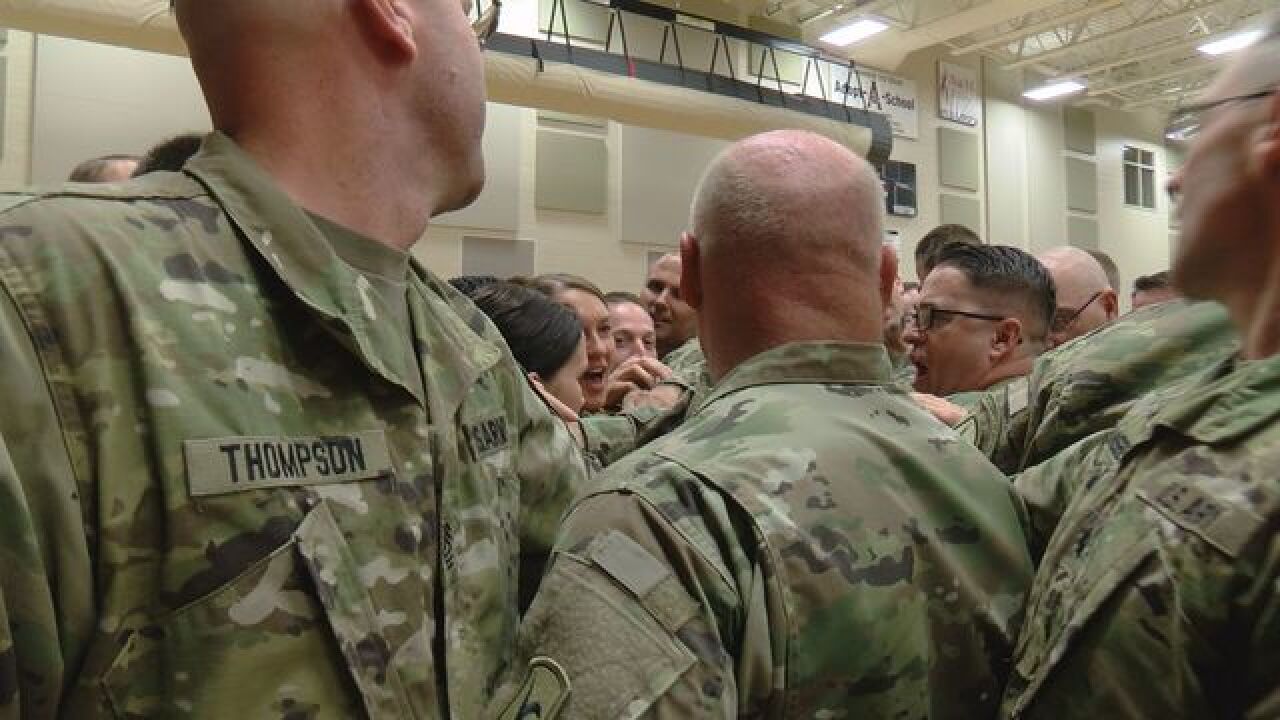 A mixture of sadness and excitement was on the hearts of the men and women of the 402nd Military Police Battalion of the Nebraska National Guard at their send-off ceremony on Saturday.

“It feels like we’re eggshells, like we could break down at any minute...I broke down at a restaurant and couldn’t stop and I was so embarrassed, but when you get it out you feel better,” said Sergeant Jacob Kendrick.

The unit has been training for two years for their time to serve at Guantanamo Bay Detention Camp, or Gitmo, in Cuba.

“We want to make sure there’s safe and humane treatment of the detainees that are there at Guantanamo Bay.  We’ll be making sure they’re following all the procedures,” Major Jocelyn Kuta explained the mission.

The unit will be gone for almost a year.  Sergeant Kendrick and his wife Cait’s little girl will be born before he returns.

“It’s going to be crazy!  And I don’t know what to do with a girl!  I’ve had two brothers.  I don’t even know how to braid hair,” said Sergeant Kendrick.

Major Kuta said that, since 9/11, she and her family have felt the reality of her unit being called up at any time.

“We’ve done minimal time away, but we’ve just been talking about it and making sure they’re emotionally prepared,” Major Kuta said of her four children.

Governor Ricketts and Senators Ben Sasse and Deb Fischer were among those giving the soldiers a heartfelt farewell.

Sergeant Major Richard Cruickshank said that it eases their minds to know they have support back home.

“The support we get in Nebraska is second to none, both with our political support, the governor, and our military families,” said Sergeant Major Cruickshank.

The unit huddled together after the ceremony to encourage each other in true Nebraska fashion.

The unit will leave for Texas first to spend a few weeks in final training before heading to Cuba.