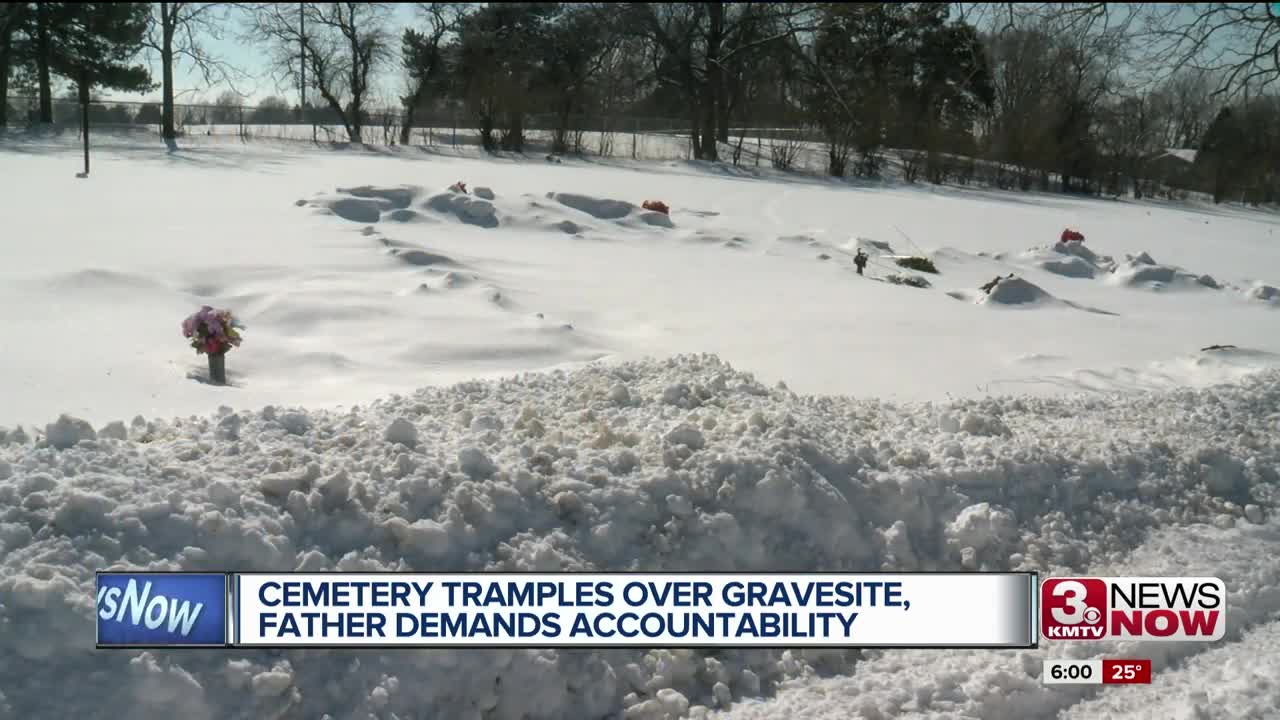 OMAHA, Neb. (KMTV) — A father says his late son's life was disrespected at a cemetery near 42nd and L Streets. Debris and tire tracks were left by the final resting place. A Graceland Park Cemetery employee says he was just trying to do his job.

"I went there one night and I noticed all the decorations that people put out were gone," Heubner said.

Huebner started approaching the cemetery's office, asking why his son's grave was covered in tire tracks and debris while he recorded the conversation.

One employee at a desk told him to ask an Islamic center, but that's not the answer Huebner was looking for.

Another cemetery employee, Sal Autera, was in the office during that video. Autera is the grounds superintendent and he says this was all an accident that happened because of the snow covering the ground.

"Snow is hard to move especially when it's heavy," Autera said. "You got to move it out of the way before you do anything."

Autera had to dig through heavy wet snow when digging a plot next to Huebner's son.

"Like I told him the first time, I'm sorry," Autera said. "I thought he knew that it would happen--that it does happen--that you run over people's burials to clear out others."

The cemetery apologized for what happened, and they fired the employee who directed Huebner to an Islamic center. That same employee gestured to Huebner in a crude manner as she shut the office door on him.

Huebner says he'll continue to visit the cemetery like he has over the past four months. He also says it's a beautiful site that shouldn't have this incident held against them.

"I don't understand why you need all that machinery to clear a spot like that," Huebner said. "And if you look around the rest of the cemetery, it's serene."